The Anomaly Of The Occitan Community In Calabria

That a variety of Occitan has been spoken in the small town of Guardia Piemontese in Calabria, is testimony to the tenacity of a community in the face of almost impossible odds. 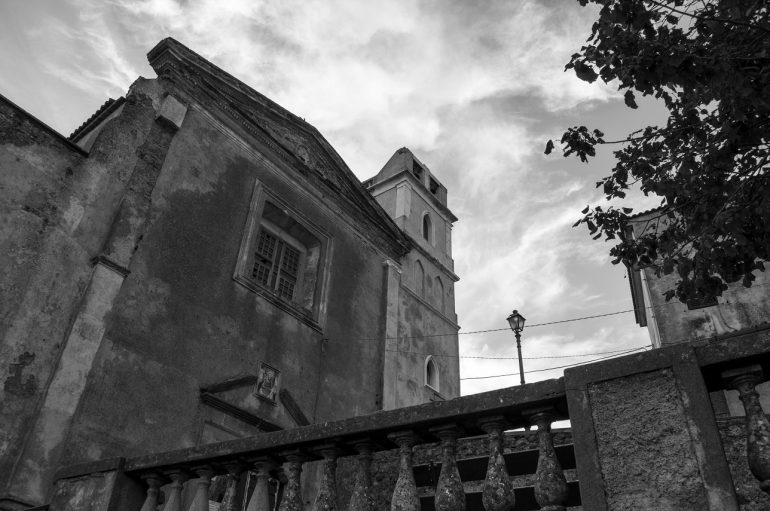 That a variety of Occitan has been spoken in the small town of Guardia Piemontese in Calabria, is testimony to the tenacity of a community in the face of almost impossible odds.

After the fall of The Roman Empire, the Romanesque or Romance language that had developed from Vulgar Latin in the western regions of the Empire evolved into three languages. The differences between them can best be comprehended by referencing the classification of Dante, in De vulgari eloquentia. He divides the Romance languages into three groups that are distinguished by the difference in expressing ‘Yes’: Oc, Oïl, and Si. They are therefore described as the Langue d’Oc, referring to the Provençal, the Langue d’Oïl referring to Northern French and the Lingua di Si, referring to Italian and its many dialects.

From a geographic perspective, the Langue d’Oïl evolved during the Middle Ages in the northern half of France, southern Belgium, and the Channel Islands. The Langue d’Oc or Occitan evolved in Southern France, Monaco, Spain’s Val d’Aran and Italy’s Occitan Valleys in Piedmont bordering on France. Collectively, these latter regions are sometimes referred to as Occitania. The Langue d’Oc evolved into the language of the Troubadours or Medieval courtly poets. Provençal, its main expression, was promoted as the language of refinement and culture and was gradually imitated and integrated into the language of the northern regions. The Lingua del Si evolved in varying forms from the Alps down through the Italian peninsula. Because of contentions and wars, Piedmont was contested and claimed by each country at different times with influences on the development of the Occitan language there.

That a variety of Occitan has been spoken around the small town of Guardia Piemontese in Calabria for hundreds of years is an interesting page of history. It is also testimony to the tenacity of a community in the face of almost impossible odds. The people who brought it here came from an area just on the Italian side of the border with France in the north-western region of Piedmont. Theirs is a story of discrimination and persecution as indeed are the stories of the other two minority languages that still exist in Calabria: Albanian (Arbëreshë) and Grecanica (a Greek dialect).

The Waldensian Movement in Calabria

The movement was founded in the 12th century by Peter Waldo, a wealthy cloth merchant and a man of some learning, from Lyon in France’s Auvergne-Rhône-Alpes region.  Around 1170, following a crisis of conscience, Waldo sold his possessions and spent the rest of his life preaching the Gospel message of voluntary poverty and religious simplicity.  He and his followers advocated non-violence to their fellow men, while also rejecting any compromise with the Catholic Church or with the representatives of political power. They called themselves the ‘Poor of Lyons’ and continued preaching even when the risk of persecution forced them to lead underground lives. To help the non-clergy literate citizens understand the New Testament, Waldo had it translated into the language that was commonly used at that time, Provençal.

Waldo’s ideas spread all over Europe. He and his disciples were declared heretics by the Catholic Church, not least because the lay people in their community, including women, were allowed to preach. In 1184, they were excommunicated by Pope Lucius III.

The Inquisition followed and, during the 12th and 13th centuries, Waldensians from Bobbio Pellice and Torre Pellice, in Piedmont, fled to the remote southern region of Calabria. Little is known of the actual exodus and the arduous journey. We can surmise that they travelled by sea to Naples and on to Paola and then inland in groups. They settled in various towns and were referred to as Ultramontani (from beyond the mountains).

For a long time they lay low in Calabria, practising Catholicism in public, but secretly retaining their Waldensian beliefs and rituals. However, the advent of the Protestant Reformation resulted in a permanent division of Western Christendom between Catholicism and the new Protestant ethic. Closer to Protestantism, the Waldensians became more courageous and open about their religious convictions. Their new boldness eventually led to the suppression of the movement. This was particularly violent in the Calabrian town of Guardia Piemontese where the original Waldensians had settled.

Guardia’s origin is uncertain. Guardia means watch or lookout, and this name may be related to a lookout tower built in the 11th century, one of many such towers built to warn against the arrival of plundering Arab pirates, the Saracens.

Guardia used to be called Guardia Fiscaldi, after the powerful local feudal lords originating from Fuscaldo. One of them, Lord Spinelli granted the fleeing Waldensians refuge and they were accorded freedom of language and worship. They received travelling Waldensian preachers at intervals of about two years. The place gained the name Guardia dei Valdi.

By 1375, they had also settled on the hill where the upper town of Guardia now stands. Their fortunes oscillated according to the whim of Papal policy.

By the 1560s their religious practices had become intolerable to the Church authorities, who condemned them as heretics. Threats to the communities in Calabria proved ineffective. The Church of Rome decided that the Waldensians of Piedmont and Calabria were to be annihilated, by any means, without restraint. Waldensians from all over Calabria fled to Guardia, which was fortified. In June 1561 the local overlord, unwilling to be seen as supporting heretics, and with the blessing of the then Pope Pius V, led his troops into the town. Hundreds were murdered in what became known as the Slaughter of June 5. This event is commemorated in the name of the town’s main gate, the Porta del Sangue, or Gate of Blood.

Survivors were forced to convert to Catholicism and were subjected to a harsh regime. Many fled to the very valleys of Piedmont, from where their ancestors had emigrated some centuries before. Over time, the Waldensian religious practices of the population of Guardia were lost.

These few examples show that single words can mostly be recognized by an Italian speaker but the flow of French sounds in sentences make is as complex and complete as the other romance languages and dialects.

Despite the suppression of their religion, much of the population of Guardia, or La Gàrdia, have continued to use their distinct Occitan language rich with the idioms of the Valli Valdesi. Naturally, it was gradually influenced by interaction with their neighbors in Calabria. Many names of Piedmont origin like Sceglio, Muglia, Perrone and Guglielmetti, to name a few are common today. However, the Occitan speaking population in Guardia Piemontese is showing signs of implosion. In 1988 it was estimated that the speakers Occitan or Guardiolo as a first language was 1500 of whom 1263 in Guardia Piemontese and 238 in San Sisto dei Valdesi. Since then, the ageing population has been replaced and the new generations have been ‘contaminated’ by Italian and other local dialects and the number of  ‘Guardiolo’ only speakers is now less than 300. Emigration, too, has played its part. Between the 1861 and the 1971 census, the population had decreased by 15%. In the 1980s, investments in tourism and especially the development of the Termi Luigiane Baths as a recreational and wellness resort has seen a slight reversal of the population trend.

There are valiant efforts, especially by the young people, to maintain the authenticity of Guardia Piemontese. The Waldesian Cultural Centre is active and the colorful traditional costumes are worn for festivities and ceremonies. Occiatan is spoken and sung with renewed pride and has shed its stigma. The Ghironda or Viola Occitana, a stringed instrument whose origins go back to the Gothic monastic chants, is used in some traditional manifestations. The twinning of Guardia Piemontese with Torre Pellice in Piedmont in 1983 was a timely opportunity to renew awareness of the reality behind the ties that bind these two communities.

However, in the long term, migration, demographic changes, opportunity and intermingling will see the likely demise of Occitan in Guardia. Based on the destiny of other minority languages, we can say that, by the middle of this century, it will live on in turns of phrase and gastronomy, traditional fin’amor or courtly love songs and dances. It will be the subject of history, folklore and study but, unfortunately, its user base will be realistically too small for it to go on being considered a living language.