The Case Of The Chinese Legion

Did a Roman legion really settle in China 2000 years ago? 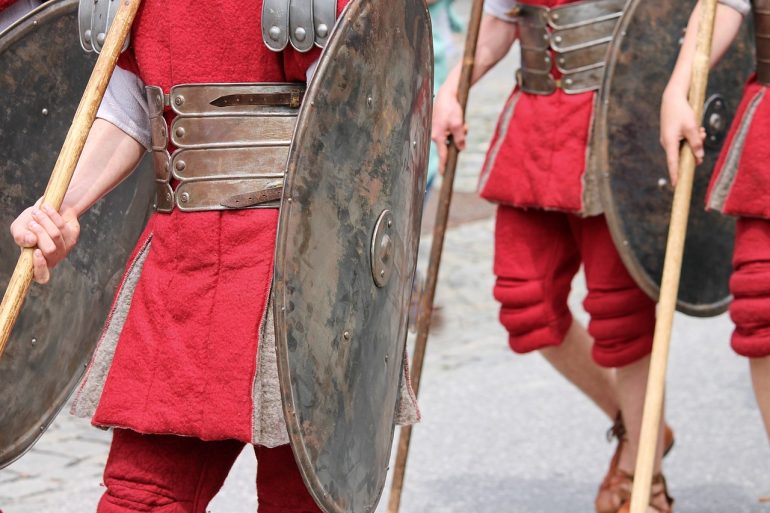 Around 19 centuries ago in what is now southern Turkey, the Roman legions under Marcus Licinus Crassus marched against Parthian cataphracts and horse archers at the Battle of Carrhae. While Crassus massively outnumbered the Parthians, they decisively defeated him by utilizing cavalry charges and showers of arrows.

As the poet Ovid remembered it in his Fasti,

“Crassus, near the Euphrates, lost the eagles, his army,

And his son, and at the end himself as well.”

Tens of thousands of Romans were killed, wounded, or enslaved, and others fled into the surrounding desert. While this battle is one that historians and military strategists continue to study almost two millennia later, for most of us it would seem a distant insignificance, smothered by the sands of time. Unless we consider The Case of the Chinese Legion.

In 1957, Oxford professor Homer Dubs published an article in the China Society of Sinological Series, arguing that one of the surviving Roman legions had been forced east, eventually making it all the way to western China. Dubs believed that they established a settlement called Liqian and interbred with the local population, leading to descendants with unusually light hair and eyes.

The debate over whether there was ever any evidence to support Dubs’s claims has raged back and forth over the last half century. DNA samples were collected in 2005 from a group of residents in the region which showed some having upwards of 56% Caucasian origins. Yet these results were inconclusive, as the DNA did not point directly to Southern European ancestry, and had many commonalities with Uyghur heritage. A followup DNA test was conducted in 2007 by a Chinese research team, and this time there was no link to any rumored Caucasian ancestors. While some locals love to highlight their green eyes, wavy hair, and unusual heights, this is hardly enough to establish a definitive link. As the geneticists involved with the 2007 study concluded, “No obvious signature of Roman soldier origin is observed in the Liqian paternal gene pool. A Roman mercenary origin for the Liqian people is likely to be nothing more than an interesting theory.”

There is also no archaeological evidence of a Roman presence. One would expect to find the remains of weapons, Roman coinage, or other artifacts. An Italian Studies Center was established in 2010 at Lanzhou University not far from Liqian, to bolster the research on the region. One of the professors involved with the program said that their aim is to expose the origin story by excavating for more evidence of Chinese contact with the Romans. In his words, “We hope to unravel the mystery of the lost Roman legions.” Interestingly, archaeological projects in the area never got off the ground in the past due to the crackdown on foreign influence under Mao and the chilling effect of the Tiananmen Square years.

Despite the general agreement that Dubs and his acolytes had concocted a romantic myth about a missing Roman legion, the story has refused to die. Liquian locals have fully embraced their ‘roots’, catering to Italian tourists with Roman reenactors, imitation architecture, and souvenirs. Luo Ying, who is involved in the reenactment business, goes by the nickname ‘Roman Prince’, and swears that he is related to Roman soldiers. Another purported descendant made the bold claim in a Los Angeles Times article that, “If we can uncover the truth about this, we’ll have to rewrite world history, Roman history, and Chinese history.”

Cynics would be quick to note that Liqian was named Zhelaizhai until 1999, when interest in the Romans caused local leaders to change its name to the Ancient Chinese word for ‘legion’. If it seems like an obvious cash grab, that’s because it was. The area has long been desperately poor, with little local industry and agricultural endeavors at the mercy of brutal droughts brought on by the arid conditions of the nearby Gobi Desert. Largely cutoff from the rest of China, regional stakeholders have decided tourism is the golden ticket for their struggling residents. Those with blondish hair, hooked noses, and blue eyes are allowed to charge foreigners a fee for interviews, and the local complex features life-like Roman statues and a museum gift shop stuffed with cheaply produced trinkets.

Ultimately, the case of the Chinese legion is one that electrifies conspiracy theorists and revisionist historians, but there is little to the tale that deserves serious consideration. The citizens of Liqian may have some Caucasian blood mixed into their genetic makeup, but they cannot call themselves part Italian no matter how much they might want to. legion