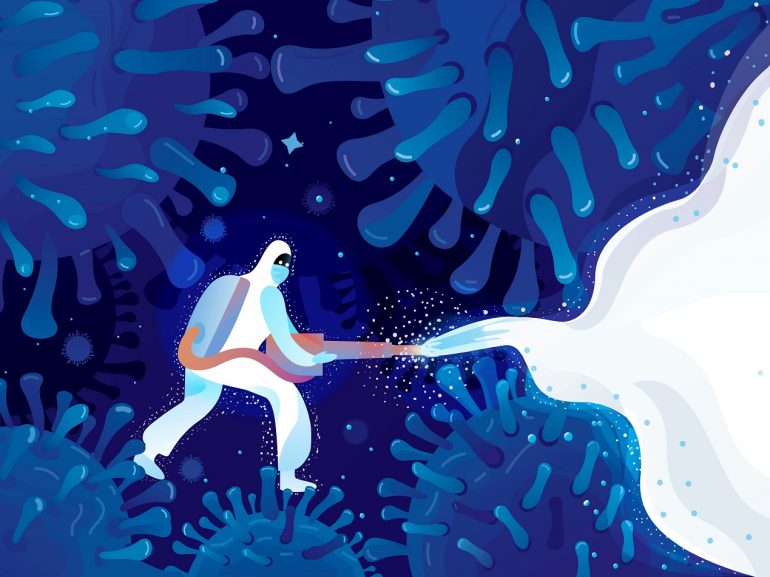 More than 9 million people downloaded Immuni, the Italian contact tracing app which, thanks to its anonymous identification code system and Bluetooth technology, is supposed to warn users when they come across people who tested positive for Covid. Unfortunately, this means that only 15% of Italians is presumed to use the app. Considering that 93% of the population uses a smartphone, figures draw a gloomy scenario. Indeed, acording to a study by Oxford University, contact tracing apps need to reach a sky-high 60% adoption threshold to be effective. In addition, further criticism lies in the fact that notifications are followed by an unclear and chaotic process. So let’s find out the other reasons why Immuni isn’t working.

Although data show that Italy is the third country in the world in terms of number of smartphones, the high density of older technologies hamper Immuni downloads. Many devices currently in use are running older versions of iOS and Android software, which remain incompatible with Immuni and its BLE (Bluetooth Low Energy) technology.

Moreover, trending brands like Honor and Huawei are not able to run the app. As a consequence, many potential users cannot download the app and join the contact tracing system. Therefore, backward compatibility represents a significant downside, since a lot of people would actually download Immuni if they had a better device.

One of the most relevant chinks in Immuni is its notification system. The app doesn’t report a potential contact until the user launches the app. Therefore, you may find out that you have been close to people testing positive for Covid only days, if not weeks later.

Stories of people discovering late that they had a risky contact happened multiple times in the last few weeks. Considering that Immuni so far has detected only 2,530 infected users after sending around 66,000 alerts, many have raised an eyebrow at the system’s effectiveness. Not only the number of daily cases is significantly higher than the number of notifications, but they are reported dramatically late.

Lastly, another weakness in the notification system is data upload. Before the last October 18 government decree, healthcare operators and public officials did not have to upload codes of infected people in the national database. The effects of this loophole are dramatically serious since notifications to close contacts appear only when healthcare operators upload the codes of infected users. For instance, when Veneto started a quarrel with the central government about the procedure, this resulted in thousands of ciphers missing in the national database.

Gosh, I’ve got an alert. What shall I do?

According to Immuni, when a smartphone records a potential contact, the user should pass the information on to the doctor. Later, a healthcare professioanl reports it to the authorities.

On paper, the system works marvelously. However, although Immuni raises the alarm when people meet a potential positive, it gives such scarce information that it is difficult to trace contacts. The app warns that a contact happened on a specific day for at least 15 minutes, but it doesn’t provide the place nor the exact time. Consequently, health workers find themselves making a judgment call without enough data.

The role of the authorities worsens the already complicated scenario. According to the Ministry of Health, receiving a notification by Immuni means that you made close contact with a Covid carrier. But doctors are free to assess the situation on a case-by-case basis.

Moreover, regional competence for healthcare brings about a staggering confusion. According to the Veneto region, notifications by Immuni don’t necessarily indicate close contact. In Bologna, instead, people getting alerts by the contact tracing app can book a Covid swab immediately, without passing through quarantine.

Finally, healthcare operators recommend different approaches when their patients receive an alert by Immuni. Many urge to stay at home, while others book Covid tests on their own. But there are also some who say they don’t know how to deal with Immuni. Although the government ruled that it is mandatory to upload codes of infected users, what happens afterward is a tough nut to crack.

The Italian contact tracing app came under fire also for lack of user support. Once your smartphone records a risky contact, your fate lies in the hands of your doctor. Then, anonymous healthcare operators determine whether an Immuni user needs a Covid swab or not. In the throes of red tape, getting a rapid test is tricky, to say the least.

Making a Covid swab consequential to an alert by Immuni should have been the top priority. Immuni lacks aftermarket support since the app doesn’t allow people to reach a doctor or test for Covid in quick times. On top of that, due to the lack of a call center service, people have flooded emergency lines with countless calls in the past weeks.

In a bid to prevent more outbreaks, the government made up its mind too late, establishing an Immuni contact tracing call center only at the end of October. Too late to be effective.

It’s still possible to save the contact tracing system, but the government needs to bolster its infrastructure quickly. Creating a call center represents a first step towards a more down-to-earth approach. Indeed, authorities should carry out rapid Covid tests when alerts appear. Many ideas were discussed to put flesh on the bones of Immuni, but increasing tests and call center operators should be the key word here.

Nevertheless, Immuni users regret the fact that the government overlooked the chance to benefit from a simple application which can actually work. The only problem is that contact tracing requires a strict and unambiguous organization. Unfortunately, often these words can’t stand together when Italy is concerned.