Why Italy Needs Its Jacinda Ardern

Jacinda Ardern is acclaimed all over the world for how she handled the pandemic — and not only that. Can Italy follow her example? 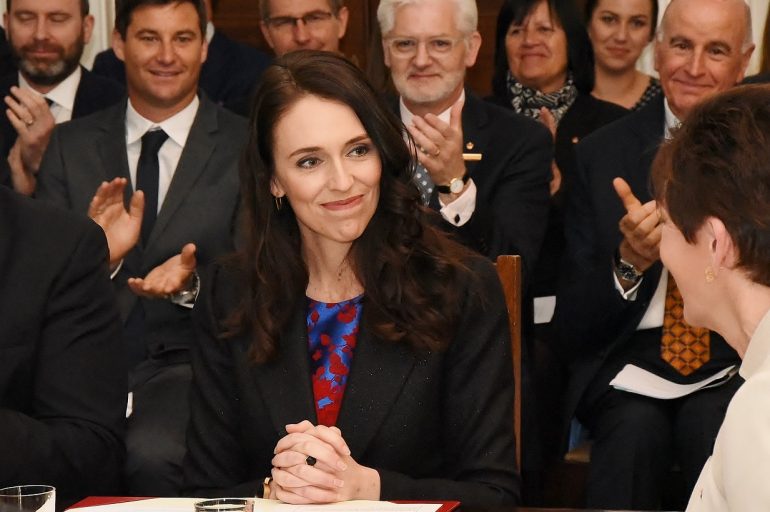 Jacinda Ardern is acclaimed all over the world for how she handled the pandemic — and not only that. Can Italy follow her example?

The coronavirus pandemic quickly became the biggest testing ground for world leaders that we have witnessed in recent years. It is difficult to find a balance so that people are satisfied; if you close everything down the economy suffers, and if you keep businesses open people get infected. In the same way, the difficulty of the situation meant that people would either completely approve or disapprove of the world leaders’ decisions. No grey areas in between. Every leader is facing the same potential threat and every leader will be heavily judged by the results.

With a pandemic, however, it’s not just a matter of what you do, but if you do it soon enough. This is what New Zealand’s leader Jacinda Ardern did and why she gained so much respect. The Labour leader is a record-breaker for many things. She was the youngest female world leader ever and the second to give birth in office. More recently, she was the first party leader to win an outright majority since 1996, when New Zealand adopted a proportional voting system. In the general elections of October 2020, Kiwis could show whether they approved the government’s handling of the virus. To no one’s surprise, Jacinda Ardern won by a landslide.

We cannot say the same for other governments everywhere else around the world. People are indeed growing discontent in face of the coming second wave of coronavirus. Italy is one of the countries that handled the first wave most effectively. Prime Minister Giuseppe Conte announced the country’s lockdown in early March, when just China was doing it. It was initially met with distrust, but when every western country declared a total lockdown one after the other, it was clear that it had been the best decision. 76% of Italians approved of the nationwide lockdown and Conte’s approval rating went through the roof after March.

The stories of Italy and New Zealand seemed to proceed in the same direction. However, since Conte announced new restrictions last week, there have been riots in every important Italian city. What made the Italian Prime Minister diverge from his New Zealand counterpart?

To answer, we need to go back in time to March 2020, when an unprepared world faced an unprecedented problem. Contrarily to any other country, New Zealand decided to impose a national lockdown when the country had just registered around a hundred cases. “We currently have 102 cases, but so did Italy once,” Ardern said on March 23. Just a few moments before announcing the lockdown.

The reason why the country just registered 25 deaths and 1885 infections since the coronavirus outbreak, is because the leader took decisive action right away and focused on emphatic, relatable communication. Her leadership style was clear ever since the white supremacist terrorist attack in Christchurch. She made the headlines all over the world for her sympathetic response: “They are us. The person who has perpetuated this violence against us is not.”

It’s true that a comparison with New Zealand is not that straightforward. The country is a group of islands which is sparsely populated and geographically isolated from other countries. Its geography has lots to do with the reason why there weren’t as many registered cases. However, it would be simplistic to make it just a matter of numbers. Indeed, the way Ardern fought the pandemic not only saved lives, but gained her people’s trust.

According to Helen Clark, a former Prime Minister of New Zealand: “People feel that Ardern doesn’t preach at them; she’s standing with them.” The leader gave helpful and practical advice to the people both before and during the lockdown; each person should identify their social bubble, and act as if they had COVID-19 with anyone outside of it. She also made real-life examples to justify harsh measures. For example, saying to not take the kids to the playground because the virus stays on surfaces for 72 hours.

Ardern’s leadership style during the pandemic always targeted misinformation through question-and-answer sessions with experts. Furthermore, she never shifted the blame onto others and never answered in a defensive way to those opposing her. Conte’s government hasn’t behaved in the same way. The blame-shift game with the opposition culminated in his on-air attack of Matteo Salvini and Giorgia Meloni. He rightly addressed the opposition’s misinformation campaign, but it ended up as more of a personal attack.

The live-streamings on Facebook Ardern did from home may have helped to make people feel like she was in the same situation as them. People may be more inclined to follow the guidelines from a stay-at-home leader dressed in cozy sweatshirts who sympathized with people’s anxieties, rather than a leader in a suit and tie in a formal context who seems detached from their day-to-day life, such as Conte. Some people might have thought she has a questionable style if her actions didn’t lead to world-leading results.

The whole country is in the same situation, politicians included. This is what New Zealanders know and what Italians are struggling to understand. This is now clear with the countless protests that are being organized recently against the government’s new directives. When Conte announced that everything had to close at 6 pm every day, Italians started worrying about a new lockdown and about their jobs.

If the Italian Prime Minister implemented Ardern’s approach, owners of restaurants, bars, theaters, gyms, and swimming pools will still want to protest. You cannot fix an economic issue with sympathy, but at the same time we have seen what an honest, relatable communication did for New Zealand.