Flights To Nowhere During The Pandemic

Due to the pandemic, airlines are selling tickets for one-way flights where you leave from and land in the same city. How is traveling around Italy? 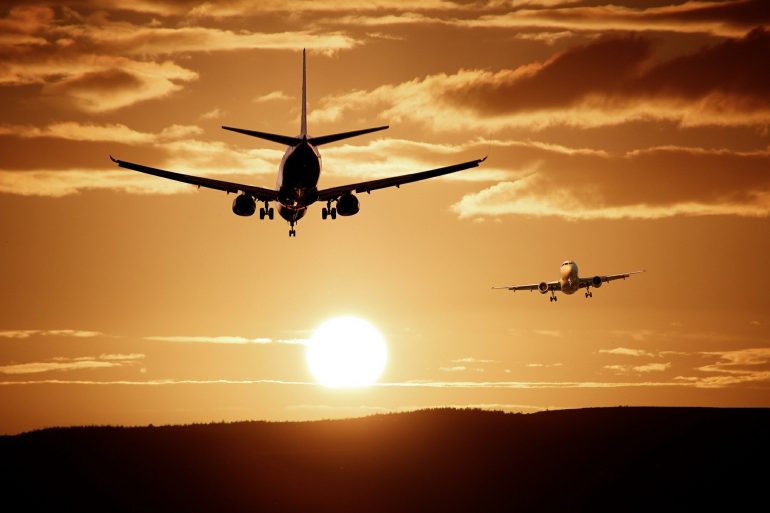 Among other things, Italy is known for the beautiful views that can be seen from a plane.

The ongoing pandemic has led to many businesses and companies readapting according to the required safety measures and this is true for airlines as well. Some are selling pajamas, and amenities with their logo, as Qantas did on the official website and sold out. Other airlines sold meals, that would be generally offered during flights, and an airport even offered ‘flights to nowhere’ where passengers could board a plane that never took off, as happened in Thailand.

The latest marketing strategy is also called flights to nowhere (or scenic flights), where flights do take off, but will land back to where they began.

For work purposes I recently took, following all requires safety measures, a trip to Sicily from Milan, and it made me wonder: if I did take a flight from Milan, that traveled all the way to the South and back, what would I see?

Italy is known for the beautiful views. Not only historically when it comes to landmarks, but also in nature. In the North you have these flat lands surrounded by mountains, the center is known for the hills, and relatively close sea depending where you are located, while the South changes view depending where you are. I have always thought of the South of Italy as an energetic kid with mood swings. And this, can be viewed from a plane.

Leaving Milan, the first thing you notice is the — stereotypical, but true — rainy and or humid weather. So, taking off can feel bumpy, or nostalgic, quite depending on your mood. Aside from its weather, the North is beautiful for its mountains, the Alps. You can see them from the plane. The Pianura Padana (the Po Valley in English) covers 3/4 of Italy’s northern regions.

Certainly, if you want warmer weather, cheaper coffee, and richer food, the South is what you are looking for. The North is perfect for renting a car and driving around, although regions are so well connected that public transportation is also a great option. Small towns are all nearby, on hills or bigger cities, there are mountains to ski on, such as the Dolomites. Locations on the coast can also be found in the Liguria and Veneto regions.

Cinque Terre (literally translated as Five Lands), made up of the five towns Monterosso, Vernazza, Corniglia, Manarola, and Riomaggiore, is on the Ligurian coastline with the view of the sea abutting against the hills with small colorful houses. These towns have been considered the top coastal towns to visit in Italy. That is — even to my own surprise — more popular than the internationally known Positano situated on the Amalfi Coast down south.

Instead, the center of Italy has many towns positioned on top of hills, as Tuscany is famous for, or even the city of L’Aquila in Abruzzo which was known for its devastating earthquake in 2016.

These natural hills can be viewed from the plane, as you see the sea on the sides. The perks of taking the window seat. Especially, when leaving the cloudy North as the plane moves to the South and the clouds hopefully clear.

Another element I find surprises many who visit are the tiny roads. Tiny roads that you can still see in the midst of the mountains and hills from the plane. Indeed, driving around can be quite the experience. As the saying goes, “If you learn to drive in Italy, can you drive anywhere.” Truthfully Italians say that if you learn to drive in Naples you can drive anywhere — a bit like the stereotype goes for New York in the United States — but I think it can be adapted also for foreigners who travel around Italy. A point on your checklist for things to do when we will be able to leave this flight to nowhere.

This is ironically said because it is thought that people in Naples drive as if nobody cared. Now, as a Milanese-born, who has lived most of her life abroad and in Rome, I dare say that driving in Naples was a trip itself. I once asked a Neapolitan taxi driver if he knew short cuts to the station, because I was arriving late to catch my train. He enthusiastically said not to worry and started going up a one-way street in the opposite direction. I certainly arrived on time, but I would be lying if I did not admit I internally screamed for some of my way to the station.

The South of Italy cannot be easily summarized. There are books, and books, and more books, on the beauty of the South, from the celebrity Amalfi Coast, to Puglia’s declared cheapest coffee in its capital city Bari, to Calabria’s known peppers and to the island of Sicily.

There are mesmerizing places to visit that cannot be viewed from a plane, from big islands such as Sardinia, to smaller ones, like Ponza, outside the Lazio Region. They are extremely tiny that to suntan you must take a second boat to reach another coast. There is no airport, and I recently discovered that they have boats floating around selling ice-cream for those navigating by sea.

As one approaches Sicily, I dare say that my favorite view is of Etna. Etna is one of three active volcanoes in Italy located in Catania. The other active volcanoes are Stromboli — one of the Aeolian Islands — and Mount Vesuvius, in Campania, the only active volcano in mainland Europe.

You can see Etna as you land at the Catania Airport surrounded by the sea and an interestingly incongruous skyline. Catania has so many different architectures based on the area, and if you leave this city, there is a whole lot more to discover around the surprisingly large island.

I voluntarily left out references to Rome and Florence, because even if Italy is outstanding, it is also a country for locals to discover as well. Hopefully, this is something the pandemic has taught us: to discover our own country, even if from a plane observing the flat lands of the North, to the hill-filled Center, and to the wildness surrounded by a shiny sea in the South.