It’s the Italian American Identity Sydrome. They are called William and James, but they still retained their surnames which marked them as different. 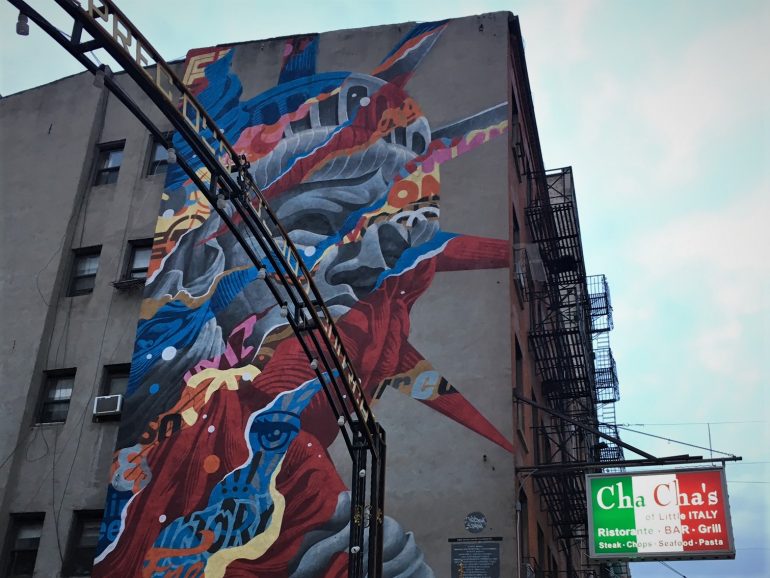 It’s called Italian American Identity Sydrome, or IAIS. They grew up with first names such as Robert, William and James, so in this register they were well-integrated into American society. They still retained their Italian surnames, however, which marked them as different.

“It was the damndest thing,” declared John Ivanuzzo, an instructor of mechanical engineering at the Parsnip Design Institute in upstate New Jersey. Ivanuzzo, 54, described the day he first realized there was a problem. “I was walking downtown when I had an idea. I had just gotten a new blazer a few days ago, a Ballarini Deloris, and I wanted to see how it looked, you know, full length and out in the daylight, so I headed over to a department store where I knew they had a pillar in the entrance covered with mirrors on all four sides,” he said. “And no matter which way I turned: front, back, left, right, I couldn’t see a thing. Nothing.”

Ivanuzzu continued his story, describing how he had concluded at the time that something must have been wrong with the mirror or that the low clouds that day may have caused a glare that blocked his image.

“But I forgot about it and went back to my car, a 2015 Fiat 500L Gucci Edition Lounge in Bianco with a built in Lavazza espresso machine. When I was adjusting the rear view mirror I thought I could at least see how the lapel worked with the collar of my Lorenzone shirt. They make them using cloth they weave on mills located in a 15th century monastery, using an heirloom cotton found only its gardens. They also supply Ballarini, so I was pretty confident that the two would go well together,” he continued. “But when I turned the mirror towards me, I saw nothing but an empty drivers seat. That’s when I knew I was in trouble.”

“It’s called Italian American Identity Syndrome, or IAIS,” explained Gina Galvani-Klein, a psychotherapist who specializes in treating patients who suffer from the disease. “Incidence of the problem has been steadily increasing over the past 50 years, and it is particularly noticeable in men of a certain generation and educational background. They grew up with first names such as Robert, William and James, so in this register they were well-integrated into American society. They still retained their Italian surnames, however, which marked them as different because their teachers and classmates found them to be strange and hard to pronounce. They describe being Bobby, Billy and Jimmy on the basketball court, but whenever their last names came up, their friends and even their teachers became a bit uncomfortable. This is the source of the nascent split in their identities, a psychological wound that has been aggravated over the past few decades by rapid, radical and ongoing changes in the social and cultural milieu in which they live their daily lives.”

Ivanuzzo has been in therapy for the past eight months to treat his condition. “After several sessions with Dr Galvani-Klein, I came to realize that I wasn’t Michael striding through the rolling hills of Sicily. That I wasn’t Henry at the nightclub passing out twenties, Christopher pouring drinks for the fellas, or even Marty in my butcher shop. I was just me, but I no longer knew who that was.”

“When we first started dating, he loved the things I made for him: brownies, Rice Krispies Treats, oatmeal cookies. That was one of the things that made me fall in love with him,” said Kathy Ivanuzzo, John’s wife of 33 years. “Then about ten years after we were married, he started eating only biscotti. And no more ice cream, only gelato. Now they have to be made with pistachios from Bronte and chocolate from Modica. I can’t tell you the last time he ate one of my snickerdoodles,” she said.

“In the 60s and into the beginning of the 70s, everything was fine. Italian Americans ate Swiss cheese and French bread and drank Lipton tea. Everything was fine. Then a few now famous directors put out a series of films starting in the 70s that cast the Italian American experience in a particular way. This was followed by the introduction of Italian fashion into American menswear, particularly suits and shoes, accompanied by a boom in Italian cuisine in restaurants and at the supermarket,” explains Galvani-Klein. “Under an onslaught of social and cultural cues, that nascent split widened to become an unbridgeable chasm in the psyches of some Italian Americans. On the one hand, they had been well-integrated into American society, a part of the second and third generation of Italian immigrants who were raised with the melting pot model of assimilation, among the last of the ethnic groups to be so, before the rise of identity politics. On the other hand, a person suffering from IAIS feels a pressure to take advantage of this seemingly endless American renaissance of all things Italian and to cultivate an identity that they feel was denied to them, and these opposing energies pull apart their psyche and their sense of identity.”

Looking back on the day when he recognized the first symptoms of his illness, Ivanuzzo recounted how he returned home and went straight to his kitchen. “I went in and it was all there: the extra virgin olive oil, the balsamic vinegar, the De’Longhi. Then I opened up the refrigerator, and saw the mozzarella, you know, the kind in the little tub of water, not the kind wrapped in plastic. Then in the cabinet I saw the pine nuts and on the counter the mortar and pestle. It felt good to see those things. It calmed me down. I pulled myself together a little bit.”

Ivanuzzo claims that he no longer needs those things to feel whole. He still enjoys them, but they are not the crutches that they once were. “Now, I can go to a cafe, even one with just one ‘f’, and have whatever I want, maybe a muffin or a piece of banana bread. “And you know what,” he said, leaning in close, “sometimes I even have a regular cup of coffee. Not espresso, not macchiato, not cappuccino. Just coffee.” Leaning back in his chair with a visible sense of pride, he added: “And during. Not after. During!”