When does one belong to Venice? The question of identity become critical with depopulation of the city. 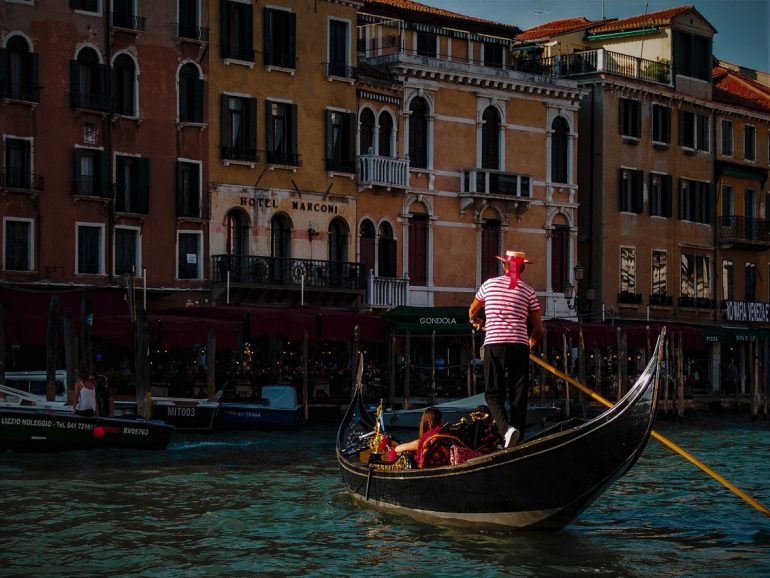 Who is Venetian? The question of identity become critical with depopulation of the city.

Many among the dwindling tribe of residents of the city of Venice take great pride in calling themselves Venetians, inheritors of a proud legacy, stewards of traditions and of ways of life that exist only in La Serenissima. But who has a right to consider themselves Venetian?

Any past concepts limiting “real Venetians” to those born there or even those with families of three or more generations have by and large been cast away. The consensus today is that, “A Venetian is one who loves Venice,” says Venetian poet and author Isabella Panfido, echoing sentiments widely expressed. If you live there or have moved there and are willing to accept the lifestyle — walking, slowing down, putting up with periodical acqua alta flooding and doing without cars — you’re a romantic who loves Venice for what it is. That’s being Venetian.

This open concept of identity is in part a reflection of Venice’s continuing depopulation. Venice needs more people and people there want everyone to feel welcome because, over recent decades, mass tourism and other socio-economic pressures have increasingly pushed out residents. Now down to some 52,000 from three times that after WWII, the mix of people who live and work in Venice is changing.

Younger Venetians have found that their home city has little to offer if they want to do work other than in hospitality. More than a generation has pursued their professions elsewhere in Italy or often overseas, spreading out to the capitals of Europe in search of jobs, which are already scarce in the hard-pressed Italian economy.

Meanwhile, immigrants from Asia, the Middle East and Africa, who for now mostly live over the bridge in Mestre or beyond on the terraferma, have been filling in. Some 40,000 people commute to and from Venice daily, including many of the 25,000 students who go to the Venice’s universities. The immigrants are mostly the waiters, shop clerks and cleaners who serve the tourist throngs. There are the Bangladeshis who sell fruit at stalls, the Chinese who sell handbags, Eastern Europeans who are carers for the elderly and many Africans, who, sadly, beg on the bridges and streets. Some of the new immigrants, though, have become owners, launching new businesses and joining the middle classes, even taking up residence in the city. Their role will grow.

They are joined by pensioners from around Italy and Europe who have decided to retire to Venice, by the academics attracted by the burgeoning universities and by sundry others who fall between the categories of tourist and resident. The newcomers are still too few to make up for the loss of permanent residents, however, who are aging faster than they are reproducing. Hemorrhaging of population goes on.

But many feel the historical record of Venice shows that constant change is actually normal — and this downturn in population will turn out to be temporary. Venice grew to become a nation at the end of the first millennium on the basis of trade, and from the outset it attracted people from everywhere, those who fled wars around the continent, slaves from the East along with Greek, Turkish, German, Jewish, Arab and Persian traders. In its heyday, Venice was the most cosmopolitan city in the world.

What’s most striking about its 900 years as a Republic is that despite wars, nearly being overrun by enemies and the repeated calamity of the bubonic plague from the thirteenth to the seventeenth centuries, Venice always bounced back. It always managed to attract new Venetians and absorb them. Why should the present be any different? “Perhaps the times we live are less grave than those of the pestilence?” asks Venetian Alberto Toso Fe, author of more than 20 books on Venice. If you look at the famous Venetians of the past, he points out — the painter Tiziano, the sculptor Canova and the architect Palladio, to name a few — all came to Venice from elsewhere, attracted there by its industriousness and vibrancy. Venetians have always been diverse.

No one would doubt that our new globalized world is altering Venice faster than in the past, that the challenges it faces are daunting or that it is in danger of losing historical integrity. But Venice has also shown it has the ability to maintain a sense of itself in the face of ongoing change, a sense of self that can adapt to change and be resilient.