How COVID-19 Is Forcing Italy To Become A Digital Country

Italy was the country with the fewest people working from home in Europe before the emergency of COVID-19. Has the situation changed? 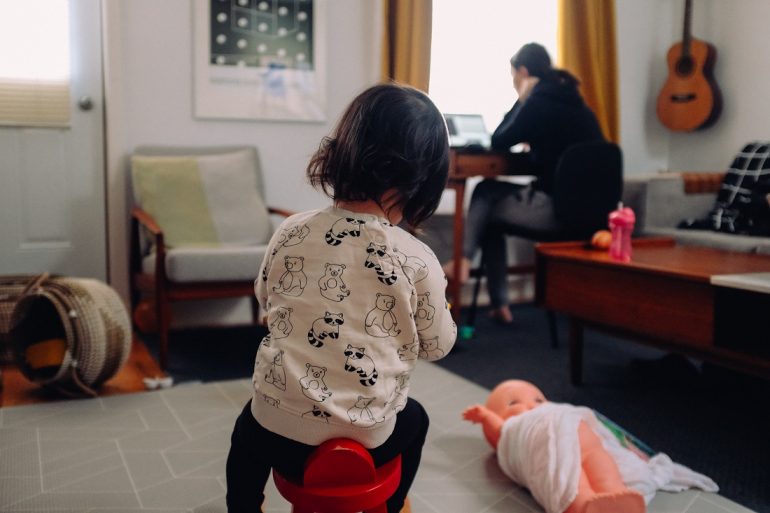 More than other counties in the world, Italy had to change to welcome a new way of working.

Before the coronavirus emergency, many Italians had no clue what ‘smart-working’ meant and could not remotely predict that it was going to become one of the most trending words of 2020. ‘Smart-working’ is an English phrase used in Italian to mean working from home. Now, everyone who has a television has heard at least once Prime Minister Giuseppe Conte’s clumsy pronunciation of the English expression; it became so popular that it even became a remix on Youtube.

Everyone was forced to familiarize themselves with the word from one day to the other with the national lock-down in March. In as little time as possible, employers had to convert their work where possible so that their businesses could keep going. It was very difficult everywhere, but in a country like Italy it was especially so.

In the study, Working anytime, anywhere: The effects on the world of work, Italy came last of all European countries regarding smart-working. Even traditionally non-digital countries such as Greece, the Czech Republic, Poland, Slovakia and Hungary ranked higher than the Bel Paese. Starting at 570,000, the number of people that had to do smart-working during the lock-down increased to 8 million, according to the Osservatorio sullo smart working of Politecnico di Milano.

“We definitely weren’t ready to face smart-working in my workplace. In our country, paper prevails over technology and digitalization. We had to change our routine to safeguard our health,” says Federica D’Ambrosio.

From office to video calls

More than other counties in the world, Italy had to change to welcome this new way of working. Many faced it with suspicion, convinced that smart-work would not be half as productive as regular work. Stefano La Corte, an employee, said: “The biggest boundary is employers’ cultural legacy. An employee that sits in the office is much more reassuring than the same employee on a video call. Smart-working for many employers means half a regular office job. This fear should belong to a pre-digital age, but it is still a widespread belief.”

However, other people welcomed it with open arms, as they had been waiting for it for a long time. But even for those who welcomed it, many were not given the option by their employers. As Italy is now facing another possible national lock-down, smart-working is becoming a trending topic once again. So, let’s see the main pros and cons about implementing this new way of working.

“I’ve been smart-working for five years, and it’s the best type of work ever. There’s time for your family and for yourself. There’s silence, no stress. You don’t have to spend money or waste time going to work; there’s no one distracting you in the workplace,” says Massimo P., an employee of an Italian firm.

One of the best positive outcomes of smart working is a better reconciliation of professional and personal life. According to the results of a survey by Euromobility, 80% of Italians think that working from home improved their work-life balance.

Not only that, but it’s a great way to save money both for employers and employees. You don’t have to pay for public transportation or managing all the costs of driving a car to work every day. Up to 68% of respondents use their car to go to work and have to pay for gas, tolls, and sometimes fines or repairs.

Helping the environment through remote work

This not only helps people’s wallets, but also has a great positive impact on the environment. Energy and fuel consumption, traffic and chaos in big cities was drastically reduced. As a result, cities became more livable, and have a better quality of air and life; people are less stressed about the traffic, delays, incidents, and can focus much better on work.

Marco Basiletti says: “Smart-working should be much more appreciated, not only during this time of emergency. It’s a really useful means and — if done in the right way — increases business productivity.”

Elena Fontana sums up one of the main disadvantages of smart-working in two sentences. “Your house becomes your office and there are no boundaries of space and time. You are never disconnected,” she says.

It is difficult to properly separate work and personal life when they both happen in the same place. A LinkedIn survey with 2,000 respondents highlighted a big problem of smart-working: people tend to work more. Half of the participants said that they worked one hour extra every day. This might not seem like much, but at the end of the month it translates to 3 extra work days.

Smart-working can also have a negative impact on people’s psychology, as it can easily make you feel isolated from the world, You don’t have co-workers to do small talk with, ask for help, or discuss your problems with. Workplaces often thrive when employees can communicate and share their ideas, and that cannot be the same on a video call. This can become extremely problematic for newly hired people who know no one at work and cannot build authentic interpersonal relationships with their co-workers.

Italy, the country of paperwork

There’s no definite way to say whether smart-working is good or bad for someone’s business. However, it is sure that this ‘forced experiment’ of smart-working really shook things up in Italy. Employers in the less advanced European country in terms of digitalization might now have changed their perspective on letting their employees work from home.

According to some studies, more than 8 million people could implement smart working in their regular job. If only a small percentage of this number started doing it after the coronavirus emergency is over, the landscape in the country of paperwork would change drastically.