Italy And The Belt And Road Initiative

Last year, Italy was first G7 country to formally join the BRI. This still leaves us with the question of what comes next. 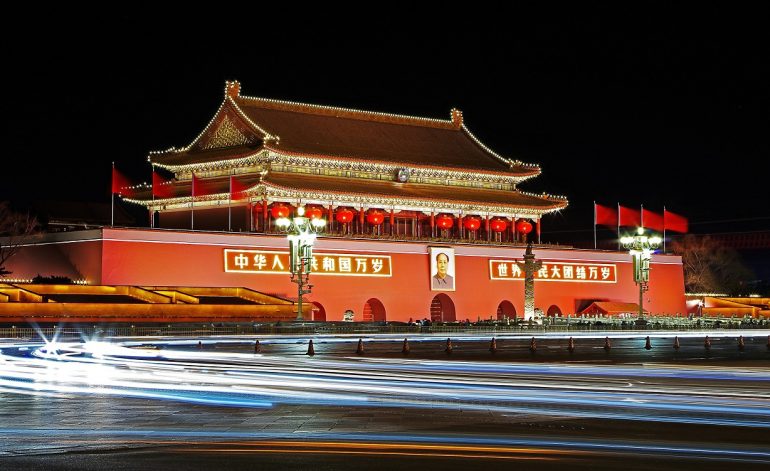 When the Silk Roads or the West’s relations with China are mentioned, among the first things that come to my mind is an image of a young Marco Polo leaving Venice to embark on his travels, soon to become one of the first westerners to produce a detailed account of the Far East. His descriptions of exotic oriental civilizations have captured the imaginations of Europeans for centuries and it is unsurprising to see his name pop up in media, academics, and public debate concerning Italy’s relations to China. However, a name of equal significance but less commonly present in public debate is that of Matteo Ricci.

Born in Macerata in 1552, Ricci is considered one of the first Europeans to have entered the Forbidden City: a Jesuit missionary to China, he was admitted into the circles of the Chinese elites, where he translated Confucius into Latin and produced maps of the world that combined Western and Chinese geographical knowledge. Yet, one of the most peculiar elements of his cartography is the placement not of Western Europe but of China at the center of the World.

Where are the central hubs of the world?

Debates on global centers and peripheries are not only central to cartography, but rather to conversations in almost any discipline, from economics to politics and history. Most recently, Peter Frankopan’s New History of the World  has guided the attention of historians and the general public away from Western Europe’s centrality in all global affairs to the prominent role played by the Middle East and Central Asia as hubs of exchange of goods and ideas. Political discussions have also shifted their attention to the region, as the Chinese Belt and Road Initiative (BRI) has started to appear more and more often in mainstream media and academic discussions. This transcontinental policy and investment program seeks to affirm China’s primary role in geopolitics, culture, and economics, involving not only infrastructure aimed at facilitating the movement of goods, but also investment in digital connectivity, education, and a will to extend Chinese political influence to the peripheries of the European Union.

Italy and the Belt Road Initiative

In March 2019, Italy and China signed the Memorandum of Understanding on the Belt and Road Initiative, making Italy the first G7 country to formally join the BRI. This leaves us with the question of what role the country might play in China’s relations with Europe and how the involvement in the BRI might impact Italy’s economic, political and cultural position in Europe and the Mediterranean region.

From the Chinese perspective, Italy could be considered an important partner between two strategic regions: the Mediterranean and Europe. Indeed, the country’s geography places it at the crossroads between southern EU countries, North Africa, and West Asia, a strategic position for Western ambitions of the Chinese. Following the Chinese investment in the port of Pireus, the ports of northern Italy are strategically closer to central and western Europe, making them the most reasonable choice for BRI infrastructure. Economically, with the combination of being the second largest manufacturing power in the EU while also struggling with public debt and recent US protectionist policies, Italy looks like fertile ground in the eyes of the Chinese for investments and economic cooperation, shifting the balance of a once predominantly Atlantic-oriented economy towards the East.

From the Italian perspective, the signing of the 2019 Memorandum cannot only be considered a consequence of the political instability of the first yellow-green coalition (the collaboration of the League and the Five Star Movement parties), but rather the result of a decade of growing attention on China by Italy’s political and economic elites. Economically, China presents itself as an opportunity for Italian businesses and export, with the involvement of Italy in the BRI constituting a huge step in the direction of growing trade. Moreover, the initiative could have positive effects on the fragile prosperity of Italian port cities such as Genova, Venice, and Trieste. Politically, Italy’s growing bilateral relations with China could provide Italy with a crucial role in the global shift of power towards East Asian economies. Moreover, Italy’s foreign policy presence and influence in North Africa demands a response to the growing Chinese economic and political interest in the MENA area (Middle East and North Africa). The BRI initiative provides a starting point to do so.

However, the participation of Italy in the Belt and Road Initiative does not come without its risks, with concerns about China taking advantage of the COVID-19 crisis and its economic consequences on the peninsula for its own economic interest. Italy will have to work hard not to leave its companies exposed to Chinese acquisition and to balance the positive effects of economic cooperation with the risk of becoming too vulnerable to Chinese demands. Politically, amidst the deterioration of European-Chinese relations, Italy could embrace its geographical and historical role at the intersection between North Africa, the Middle East, and Central Europe to act as a successful mediator between the parties.

Yet, issues of this kind are rarely addressed in national public debate and mainstream media. At a time of political and social instability in the country, there is a need to start an informed conversation on the ways in which the Belt and Road Initiative could impact Italy and how Italy might best use its role in the shifting balance of global centers and peripheries to benefit its communities.