Some reasons why Italian young people need to get access to a free, democratic, nonjudgmental sex education. 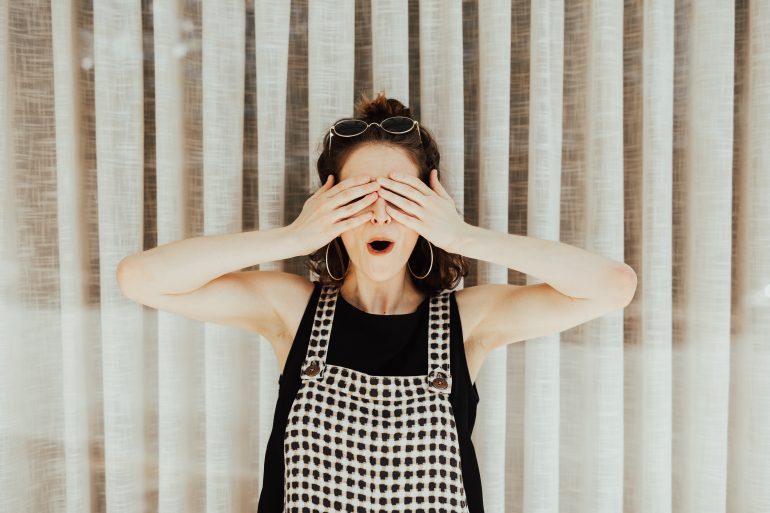 Access to reliable information should be democratized and freed from prejudice. Photo: Booke Cagle, Unsplash.

Some reasons why Italian young people need to get access to a free, democratic, nonjudgmental sex education.

I was rather skeptical when I started to watch the series Sex Education suggested by a friend of mine. I am not really that kind of person who loves watching teenage series, but the lockdown was forcing us home and I decided to give it a try. Sex Education is simply the series I needed when I was 15 years old: it shows real-life examples of how to deal with sexuality in all of its forms, contextualizing and giving an explanation to episodes that, in the past, I would have labeled as abnormal or wrong.

I am born and grown up in Italy and, as such, nobody gave me a proper sex education, except for a couple of hours at the lower secondary school. During my teenage years (but also later on), I had to learn on my own, drawing conclusions from my friends’ experiences and cross-checking them with some piece of information given by my mother. It was a hard job and there is no guarantee that you are getting it right. What is more, most of the people — no matter their age or background — consider sex as a taboo subject you’re not allowed to discuss about. This complicates the issue even further: who should we ask information to, without fear of being judged? Friends or parents are not always the right answer.

Why sex education meets a lot of opposition

In Italy, on average, young people have the first sexual intercourse between 17 and 20 years. For this reason, they should get access to sex education before that age, meaning in the lower or upper secondary school. However, sex education in Italy is not compulsory and, as such, is not part of any teaching program at the ministerial level. The consequence is that initiatives around this topic are dependent on the willingness of the schools, resulting in the absence of common standards and in an uneven geographical distribution. At the European level, the same happens in Bulgaria, Cyprus, Lithuania, Poland, Romania and the United Kingdom, but, even in the other countries where sex education is mandatory, its contents and quality vary from one country to another.

Single initiatives put forward by the recent governments, such as the so-called education to gender equality (educazione alla parità) introduced in 2015 in the schools, have been strongly criticized, especially by conservative catholic family associations. The aim of this initiative was to promote gender equality, prevent violence against women and every kind of discrimination, but was interpreted as an attempt to introduce children to masturbation and same sex relationship and therefore subjected to families’ approval and, in some cases, even blocked. This example shows the different kinds of opposition sex education is meeting: the Catholic Church in the first place, who has created this taboo around sex that has established in the Italian society, but also families and parents that have grown up in this society and cannot recognize the need for change.

What is sex education and why do we need it?

On the contrary, Italian students feel the need of getting some sort of sex education, as shown by a survey conducted in Milan in 2019. The European Union is on their side: the European Parliament published in 2013 some guidelines for sexual education, defining it as a kind of education aimed at “disseminating general and technical information, facts and issues which create awareness and provide young people with the essential knowledge and training in communication and decision making skills they need to determine and enjoy sexuality both physically and emotionally, individually as well as in relationships.” The report suggests including not only “the physical, physiological and biological aspects of reproduction, but also ethic, moral and emotional aspects.”

Put another way, the aims are multiple: prevent the spread of sexually transmitted diseases, avoid unwanted pregnancies, but also teach the respect for each other and for oneself. Italy is lagging behind the other European countries in the access and diffusion of contraception: coitus interruptus is the third most used birth control method in Italy and 85-90% of boys and girls look for sexual and reproductive health information on the internet. Moreover, this kind of education would help stopping violence against women, one of the most common crimes in Italy.

Who should be responsible for it?

Schools are the easiest place to reach young people. However, teacher themselves should receive a proper training on these matters, or funding to involve external experts. Moreover, schools should be supported by a larger network of physicians, structures dedicated to sexual and reproductive health, associations supporting women and men, and, last but not least, by a society that goes beyond censoring. Italy, it is worth remembering it, is also the country with an unbelievably high number of conscientious objector doctors and where contraceptive methods should be paid by consumers themselves.

Sexual and reproductive health cannot depend on the socioeconomic status of boys and girls in a democratic country. For this reason, access to reliable information should be democratized and freed from prejudice, both in the schools and in the healthcare system, and should be clearly distinguished from the domestic sphere. Italian people too often interpret science in an ideological way and we cannot run the risk of letting young generations make the same mistake.