Is The Mona Lisa Just Another Painting?

I once asked a group of university students what they thought of the Mona Lisa. One young woman immediately raised her hand and said: it is just another painting. 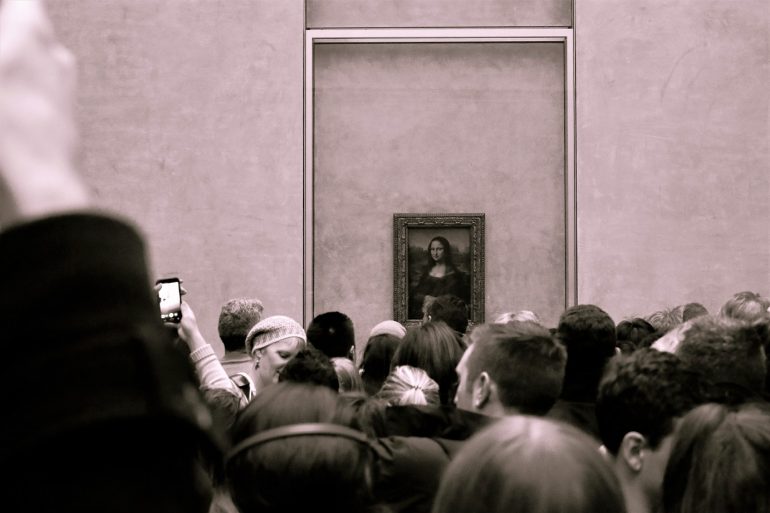 I once asked a group of university students what they thought of the Mona Lisa. One young woman immediately raised her hand and said: It is just another painting.

I once asked a group of university students what they thought of the Mona Lisa, the portrait that was painted by Leonardo da Vinci and is more formally and properly known as La Gioconda. I was teaching a class on Unesco World Heritage and I wanted their opinion on the idea of establishing a global standard of beauty. Was the Mona Lisa, the painting not necessarily the subject of it, beautiful? Did it deserve the world wide acclaim it enjoys?

One young woman immediately raised her hand and said: it is just another painting.

Fair enough, I thought, but she is just eighteen, so what does she know. But she had a point and it should not be dismissed so easily. Leonardo da Vinci was one of the greatest geniuses the world has ever known, but he was not the greatest painter, not even of the Italian Renaissance, so there might be enough wiggle room to make the argument that the Mona Lisa is overrated. After all, we are talking about popular reputation here and not artistic merit; it could be that specific historical, cultural or commercial influences have unduly raised the world’s appreciation for the work.

I would be curious to know what Italians think about it. I once read that when Italians visit a museum in Italy, they want to gain serious historical, cultural and artistic knowledge of the works they see, whereas Americans need to have the works put into a context they can more easily relate to, or favor immediate personal interpretations and assessments over collective and studied ones. Considered up close, these are quite different approaches to art but viewed within a broader perspective, they really reveal a similar motive and strategy: both groups of viewers want to discover the meaning of a piece of art.

For Italians, this meaning will most easily and naturally come from the historical and cultural matrix in which they were raised and from which they come, at least in a broad national sense. La Gioconda is a part of who they are, at least nominally, and the most natural way for them to regard it is as a piece of who they are. For Americans, making that connection is not so easy or natural. Yes, there is something to be said about Italian, European and Western culture that has informed other cultures around the world, the American one included, but something happened with the trip across the Atlantic; somehow the ocean broke the line that connected the old world to the new one, and it is no longer so easy or natural for Americans to see themselves in Merry Olde England or il Bel Paese or das Vaterland.

Now, shame on me and any other American, or anyone for that matter, who would turn their nose up at the Mona Lisa or any other famous if also perhaps overly exposed artwork. And it really does not matter who they are. I once had a professor from an important American university dismiss a print of Pablo Picasso’s Don Quixote that I had hanging on the wall of my apartment. It was a real shame, because I love the print, as well as the novel on which it is based, and I love Picasso, no matter how overrated and passé anyone thinks he or his works are. To judge the merit of a work of art based solely on your own personal set of values is the height of ignorance and arrogance. I am with the Italians on this: a work of art needs to be first and foremost appreciated and understood within the cultural matrix in which it was created. Of course at some point anyone can say that they like or dislike this or that piece of art, but surely subjective appreciation has to take a backseat to a more informed and objective assessment.

So often the critique of an artwork is really a critique of the person who makes it. The lack exists not within the artwork but within the person making the remark. Did a child make some scribbles on a piece of paper and call it a drawing of a chicken? Well, of course anyone with any decency would see the beauty in such a drawing, as lacking as it might be in technical skill, since it is true to the matrix that generated it; that is, the beautiful world of the child who made it. The same should be said of a work of art made by anyone from any context. Of course, the work of adults can and should be critiqued in a different light than those of children, but any critique has to come from a thorough and accurate understanding of the perspective of the artist who made it, and in my estimation, of the place and time in which the artist lived.

During that same discussion I mentioned near the beginning of this piece, another student asked if what I said about the relation between a culture and its material production, in this case architecture, was the way that the people of that time and place viewed it or if it is how we view it now, several centuries and thousands of miles removed from it. It was a provocative question and an insightful one. No one of the Baroque period, for example, used that term; ‘the Baroque’ was a description and a title that was applied to the period and its works centuries after they happened. So what do we do now, centuries after and thousands of miles away from the place in which Leonardo painted La Gioconda? Can we possibly understand and appreciate it as it was meant to be understood and appreciated, or are we forever trapped in our time and place, one that has been perhaps a bit abusive of the work? We can and must do both. Let’s call it a mix of the idealized Italian and American approaches that I posited earlier. We must engage the work objectively and knowledgeably, but there is no point in ignoring or suppressing our subjective and therefore necessarily limited and biased personal perspectives on it.