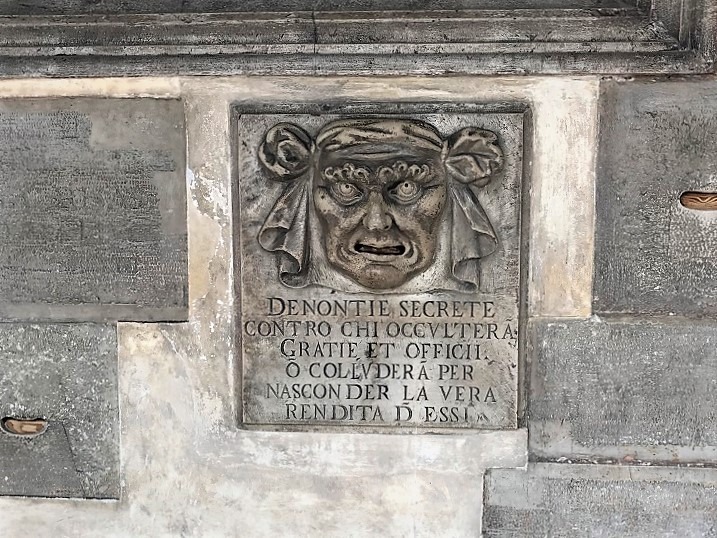 Open almost any popular guide on Venice, and you’ll probably read something about how Venice as born in the 5th century, about how barbarian invaders from the great Asian plains descended on northern Italy, forcing the people of the region to find refuge in the great lagoons on the shores of the Adriatic Sea. The story goes that the citizens of the declining Roman empire rebuilt their life on the safety of the far-flung islands, with the forbidding lagoon environment keeping the land-loving invaders away. These brave settlers founded Venice, it is said, as part of the Eastern Roman Empire, Byzantium, and that they eventually went on to succeed Byzantines, thus carrying forward the legacy of Rome.

The problem is that it’s sentimental nonsense. Not true. A myth.

This story was made up centuries later when the Venetian government needed to create a compelling story to tell its citizens and the world. The myth-makers wanted two blot out ideas that it was some sort of upstart putting on airs and to create a justification for the powers of the government to rule, to expand colonially and to dominate. But until recent archeological evidence made this evident, the old stories have been standard fare, slow to be dropped because of affection for self-aggrandizing legends.

Digs around the lagoon show that no sudden immigration to the lagoon and no flight from bellicose invaders took place. In fact, the settlers of the lagoon probably moved there over a long period because the many islands of the lagoon were a perfectly good places to live, rich with food, excellent for transport and a great place to make a buck in trade with the invaders they were, in the myths, supposed to be fleeing.

They show that the original ‘Venetians’ belonged not to the dying Roman empire, but had close association with the ‘barbarians’, who were in fact part of the Carolingian empire, made up of Germanic peoples known as Franks. The original Venice was a vassal of the Frankish empire, that used Frankish money, paid homage to the Frankish king and only later became associated with the declining Byzantine empire based in Constantinople, modern Istanbul.

So it was also a fiction that settlers set up Venice within the Byzantine empire, which would have linked them directly to the Rome. The mantle of being the new Rome, as lately claimed, is entirely without foundation.

“None of the three elements of this history stands up to the archaeological evidence, not one,” says Diego Calaon, archaeologist and professor of anthropology at Stanford University and Venice University, who is in charge of excavations including those on the island of Torcello, the oldest surviving lagoon settlement.

Calaon’s work has been pivotal in rewriting the traditional history.

The myths still passed around today were mainly concocted in the 11th and 12th centuries, at a time when Venice began to forge close ties to Byzantium. The official history writers wanted to show how Venice had been destined to greatness. This myth-making went so far as to invent stories about biblical meanderings of St Mark, who had never had anything to do with the Adriatic. The interlinked stories of settlement in the end neatly tied the saint and the Virgin Mary to the city through legend and rituals like the Sensa, the Marriage to the Sea, where the doge throws a gold ring into the waters to show Venice’s pre-ordained dominance over the trade routes and territories of the Adriatic.

In the course of rewriting history, they whitewashed the role of the Franks, whose Carolingian empire controlled most of Europe until the late 8th century, and the dirtywork that the Venetians performed for them. The Frankish rulers designated the lagoon as their trade route to the East. They engaged the Venetians traders, already capable of sea journeys around the eastern Mediterranean, to carry their most valuable cargoes: slaves. Venice grew by transporting the European slaves to Egypt and the Middle East for domestic and agricultural work, trading them for the spices and textiles that Europe craved. This chapter in the growth of Venice was mainly excised by the revisions in history added in later centuries, just the 16th and 17th century slave trading of Holland, Belgium, France would do for in their own historical accounts.

It was only in the late 9th century, when the Carolingian empire was fragmenting, that Venice began to establish itself as an independent state, thus pushing pack the origins of Venice several centuries from the  mythogically claimed date. That means the Republic of Venice had a lifetime of more like 900 years instead of the 1,000 or more routinely claimed. Only as the Franks faded out and the trade with Egypt dried up did the Venetians come into their own, establishing ties to the Byzantium, inheritors of the Roman mantle in Constantinople. So Venice’s roots were never Byzantine or through them Roman — but Carolingian. It’s an association still today many tourist guides don’t like to acknowledge when they can retell the old tales they have become so attached to.