A Walk In The Italian Woods

The new Sentiero dei Parchi hopes to rejuvenate interest in the magnificence of the Italian outdoors. 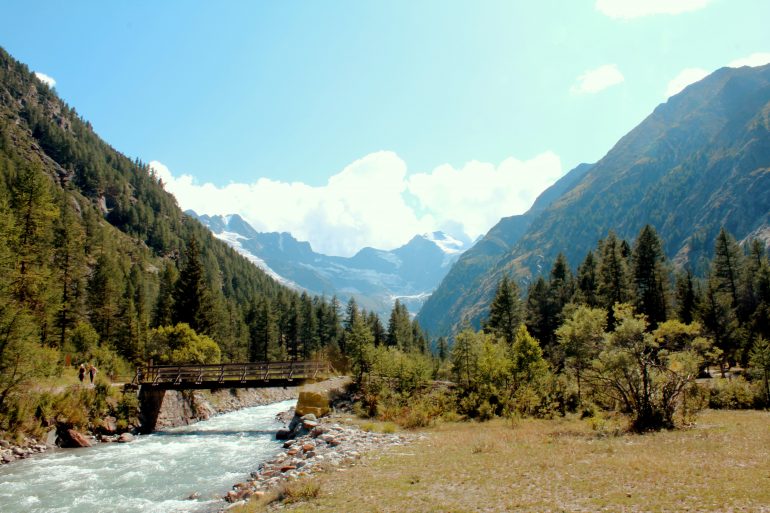 Most visitors to Italy will have a short list of sites to see, which, unsurprisingly, will be limited to the streets of Italian cities or sands of Italian coasts. However, the bel paese is also home to an extensive and varied national parks system that unfortunately goes overlooked by many tourists. The most recent outdoor attraction in the works, the Sentiero dei Parchi (Trail of the Parks), will span the entire peninsula and take trekkers through all of the country’s 25 national parks.

Spanning 7000km (4349mi), the initiative is intended as an homage to the natural and varying beauty of the Italian regions, as well as an effort to defend and protect the environment. The development of the trail comes at a unique time as Italy (and Europe in general) is experiencing a severe downturn in tourism due to the advent of the novel coronavirus and travel restrictions. Moreover, Italians have spent the last few months at home due to quarantine and shelter in place safety measures. This is an opportune moment for a new type of tourism and to rejuvenate interest in the magnificence of the Italian outdoors.

Italians, like many of their European counterparts, are great outdoor enthusiasts. The Germans have their volksmarches, the Brits their Ramblers Association, and the Italians have CAI. The Club Alpinismo Italiano was founded in 1863 in Torino with the mission of spreading awareness, defense and protection of the environment, while simultaneously stimulating interest and enthusiasm for the Italian outdoors and mountains.

In commemoration of the European Day of Parks (May 24) this year, CAI collaborated with Italy’s Environment Minister Sergio Costa in the creation and development of the Sentiero dei Parchi. The new trail will actually be an addition to the already existing Sentiero Italia. This hike, which connects all of the Italian mountain ranges from the Appeninnes to the Alps, started as a pipe dream of the Associazione Sentiero Italiano.

Alongside CAI, the Associazione created the trail over the course of 12 years (1983-1995) with a mission of “bringing relevance and new interest to our incredible variety of … landscapes and heritage.” However, due to misuse over the years, the trails became overgrown and somewhat forgotten. Thanks to the young project Va’ Sentiero, who sent a group along the trail in 2019, interest in maintaining the hike has been reignited. The new Sentiero dei Parchi initiative hopes to further that mission.

The Sentiero dei Parchi will guide hikers through Italy’s multitude of magnificent parks. Take Gran Paradiso National Park, for example. If the name doesn’t give it away, the park is home to majestic snow capped mountaintops and wild alpine ibex. This protected area spans the northern regions of Piemonte and Valle d’Aosta, acting as a hub for biodiversity initiatives and wildlife conservation.

Meanwhile, the Parco Nazionale d’Abruzzo, Lazio e Molise, located in the Apennine range, is known for its Marsican bear population. The park was established in 1923 with the intention of protecting this wild species, among others. Its enchanting rivers, streams and valleys are as picturesque as a scene from the Sound of Music. However, Italy’s original (and largest) national park can be found in the south. Pollino National Park is appropriately characterized by its ancient history and tradition. The Grotte del Romito, for example, is a collection of caves that house paleolithic-era burial sites and carvings. A symbol of the park, the Pino Loricato (Bosnian Pine), is found at high altitudes throughout the area. The sentiero will span not only diverse landscapes, but also generations of human development.

Italy’s new trail will join the ranks of pilgrimages and long-distance treks worldwide. Religious journeys, such as Spain’s Santiago de Compostela and England’s Pilgrims’ Way serve as spiritual rites of passage, whereas the Hokkaido Nature Trail in Japan and the Te Araroa hike in New Zealand enable travellers to experience the natural beauty of their respective countries.

The Sentiero dei Parchi will encourage locals and visitors alike to appreciate Italy’s oldest landscapes — older even than the Colosseum or Rialto bridge. Maybe the most exciting and promising aspect of the project is the surge of interest in the outdoors from younger generations. Organizations such as Va’ Sentiero and the Federazione Italiana dello Scautismo (Italy’s version of Scouts) encourage young people to both respect and enjoy nature. With the inauguration of the Sentiero dei Parchi, Italians will have the ability to simultaneously admire the glory of their countryside and learn about preservation for future generations.