Why Italy Should Take A Post-Pandemic Cultural Leap

Italy should take the leap and conflate digital with traditional opportunities to make one of its constitutional principles — the promotion of cultural development — an absolute priority post-pandemic. 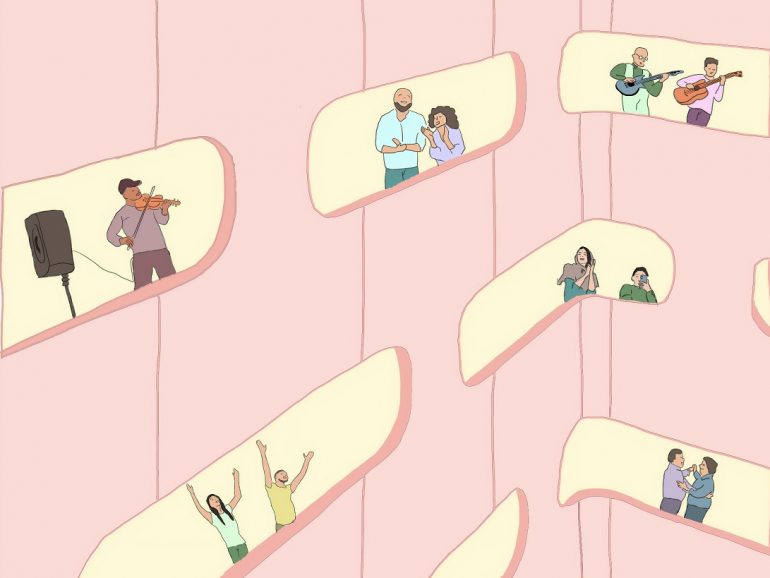 Italy should take the leap and conflate digital with traditional opportunities to make one of its constitutional principles — the promotion of cultural development — an absolute priority post-pandemic.

The pandemic made usually packed cultural landmarks desert in a couple of weeks, back in March 2020. Potential tourists were stuck at home, whereas Italians were unable to visit closed cultural facilities, but not only; they were restrained — for their own sake — from even roaming around the open-air museum their country’s outdoors were offering them.

Fifty percent of UNESCO world heritage sites were still closed a few months ago. While museums, cinemas and concert halls have gradually signed their return in the cultural game, sanitary measures and the limitation applied to the number of visitors make the very experience different. It may even be a turn-off for some.

Italy has long been renowned for its art and culture internationally. The resuming of such activities, more than being a good reason for Italians to keep bragging about the grandeur of their history and for tourists to exalt, is also down to an economic reality. Indeed, the industry supported by a €2.45 billion national budget in 2020 (in addition to a €245 million emergency fund for the performing arts, cinema and audio-visual sector), should be reckoned a development driver of the country’s economy. For all that, it also stands for much more.

Unprecedented crises usually call for extraordinary solutions. Fortunately, some have been jumping on the bandwagon to develop innovative ones in an attempt to invert the downward trend and create new opportunities. And these might eventually translate into state-of-the-art digital ways to expand Italy’s cultural sovereignty.

The country that has it all

Needless to say, Italy and its twenty regions are filled with postcard sceneries soaked in tradition, history and must-see places. Because of the country’s history, all of them have retained a strong cultural identity, from art to culinary recipes and language — just as many assets to share with the 96 million tourists (in 2019) that usually wind through its roads.

In a word, Italy has the reputation to be one of the richest countries in terms of cultural offer. The art repository it represents, independently (for once) of the north/south divide, is an indubitable strength it has, and should, take advantage of. Its very geographical arrangements, the diversity of its landscapes and its regional lifestyles make it the ideal destination for international and national visitors alike. As we have seen, this summer has witnessed a large majority of national and cultural travel. One might wonder (it was actually voiced by one of my Roman friends no later than a couple of weeks ago): “why bother going abroad when your country has everything you could hope for?”

Good question indeed, you may ask back. However, more than the expected and most-needed encouragement addressed to Italians for them to enjoy their country’s art delicacies, what can further be done to entice people to turn the economy around in this sector?

The answer might well dwell in the digital space — although not the way we think it would. While museums around the world have offered access to online exhibitions and tours during lockdown (for free or against a special fee) to make up for their forced closure, they have opened the way to new types of services to earn extra income. And this door-opening might well trigger a new way of thinking art facilities and experiences, for example by blending exhibitions and music events.

One of the most effective way to do so is to collaborate with influencers — or digital content creators. Not that innovative a trick, when you think social media influence has been developing quite intensively for the past three-four years already. But if influencer marketing has rocketed in the private sector (encompassing in particular fashion, cosmetics and travel), some other sectors such as the art industry or the public sector could benefit much more from these collaborations than they currently do.

A compelling example that occurred over this special summer comes from Tuscany. Indeed, while the Uffizi Galleries have confirmed to be the motor of Florence’s economy, they have conflated the contemporary project of the New Uffizi (Nuovi Uffizi) with the invitation of Chiara Ferragni. Following a fashion photoshoot with VOGUE that night, the Italian super-influencer was free to roam around the masterpieces of Raphael, Michelangelo and Leonardo da Vinci in the country’s most visited museum.

An Instagram post in front of Botticelli’s Birth of Venus and around 615,000 likes later, the businesswoman strong of a 21 million follower count generated the impossible —– an unexpected wave of visits comparable to a from-zero-to-hero effect following the closure of the museum because of the pandemic. If the gesture itself triggered a controversy in the country regarding a potential art devaluation, Uffizi Galleries Director Eike Schmidt’s stroke of genius found a way to touch the young generation — strand of population that rarely ventures into a museum. According to ISTAT data from 2017, only 30.6% of Italians had visited one the previous year.

Indeed, social media might be the way to go for government and private structures to support cultural activities. The Italian Digital Innovation Observatory for Cultural Heritage and Activities offered a few years ago an overview of the Italian cultural landscape on platforms such as Facebook, Twitter and Instagram. It turns out that if 52% were present digitally, only 15% of Italian museums had a presence on Instagram — despite the network’s aesthetical focus.

Similarly, the use of digital services such as the booking of entrance tickets did not reach 20%. Although numbers for 2020 are not yet calculated, the obligation for visitors to book their tickets online as sometimes not available on-site may develop into a new habit. The health safety of online booking compared to queuing for hours next to people could also have a positive impact on the booking rate.

The recourse to digital stakeholders and tools in addition to an innovative, agile and entrepreneur-wise way of thinking to involve Gen-Z will help Italy get back on its cultural feet.

The all-inclusive art and tourism industries don’t have much of a choice but be at the forefront of digitalisation going forward.