Why Do Italians Only Watch Dubbed Movies?

Dubbing movies in Italy is systematic. Why is that and are there potential implications for this? 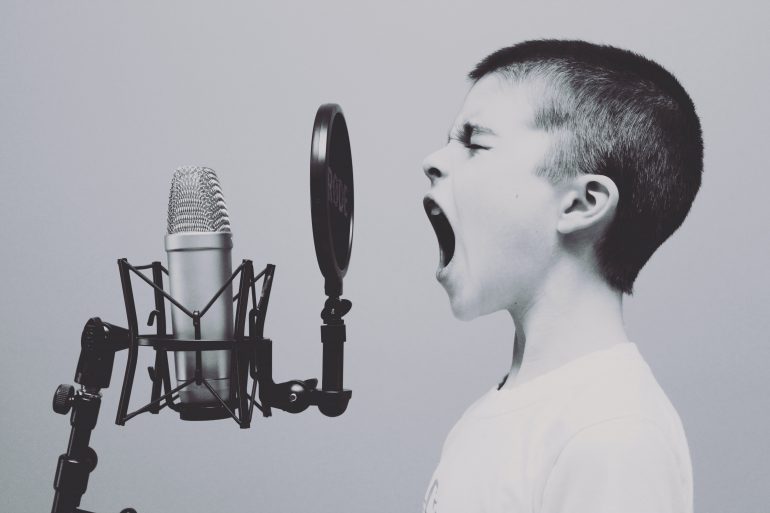 Dubbing movies in Italy is systematic. Why is that and are there potential implications for this?

The first time I realized that Italians love watching movies in Italian only, I was abroad, in particular in Belgium. A friend of mine told me that some movie theaters in Brussels offered movies in English, with French or Dutch subtitles. I was deeply impressed, as I would have never imagined going to the cinema to watch movies in their original language, even if it now sounds so obvious. I was trying to improve my French and watched some movies on my laptop in French, to then switch to TV series in English (much easier to find), but everything was limited to my bedroom, my little safe corner in a foreign city.

In Italy, only a few theaters in big cities offer movies in their original language. I am pretty sure that a high percentage of the Italian population has never watched a movie in a language other than Italian — I doubt data on this issue are available, but this is the feeling anedotely — or even knows movie titles in their original language. For the Italian public, Eternal sunshine of the spotless mind, a famous movie from 2004 with Jim Carrey and Kate Winslet, is Se mi lasci ti cancello (If you leave me, I will erase you), while Hitchcock’s Vertigo became La donna che visse due volte (The woman who lived twice). Are we sure we are even watching the same movies? To understand the reasons behind this cultural phenomenon, we have to go back to the 1930s.

The first attempt to dub an American movie, at least the most popular ones, happened in 1929, when the Italian-American actor Augusto Galli was asked to record an audio track in Italian for a scene of the movie Married in Hollywood. The result was disappointing as the audio track overlapped instead of replacing the original one, but it paved the way for the development of the dubbing technique. In that period, Italian emigrants in the United States were recruited by American studios to dub American movies, to then send them to the Italian public.

Dubbing was necessary to make foreign movies available in Italy: subtitles, the easiest technique to translate movies, could not be read by illiterate people. Despite the enthusiasm aroused by this first rough dubbing technique, the fascist regime then banned foreign movie showings from Italian movie theaters, even if dubbed. The aim of this law was to preserve the “purity” of the Italian language from the approximate language of the dubbers based in the United States, who, despite the Italian origins of most of them, not always had a perfect diction, but also to censor more easily the dialogues and, according to some interpretations, to boost the Italian economy as well.

The rise of the Italian dubbing industry

This ban gave actually impetus to the Italian dubbing industry, which flourished in the following years. In the 1930s, several dubbing studios started their activity in Rome and considerably improved the dubbing quality by adopting advanced equipment and recruiting renowned actors of the time (Anna Magnani, Mario Ferrari, Romolo Costa). Dubbing started to be recognized as an art in and of itself and during the 1930s, the Italian dubbing studios became recognized for their excellence at the international level.

After the Second World War, the Italian studios developed even further and enacted actual training for their professional dubbers — who were not necessarily actors: Giuseppe Rinaldi (who gave his voice to Paul Newman), Pino Locchi (Sean Connery, Terence Hill), Flamina Jandolo (Brigitte Bardot). Just as an actor’s voice is often an iconic part of how viewers perceive them; dubbers will be assigned the same actor so that, for example, Sean Connery’s voice in Italian is consistent across movies and recognizable as ‘his’.

Dubbing: a cultural tradition or a political strategy?

From then on, dubbing in Italy became systematic. The phenomenon is not only culturally significant: the Marshall Plan actually provided funds for the distribution of American movies in Italy, therefore further feeding the dubbing studios. In the aftermath of the Second World War, the newly established Italian democratic government soon worried about the rising influence of the Italian Communist Party, the biggest one in Europe, and did its utmost to ensure that Italy did not align with the Soviet Union. Movies were at the heart of the media industry, as well as one of the most powerful instruments to build popular culture of the post-war era.

Dubbing a movie — a drama, a documentary, or a cartoon — is anything but neutral. It implies giving new voices to actors and actresses, conveying idioms and dialects, irony and drama. While this technique is likely to twist — even if only slightly — the original movie, subtitles, on the other hand, divert the attention away from the images. An additional problem in dubbing (and subtitling) movies arises when different dialects or accents distinguish one character from the other in the original version: in some cases dialects are completely avoided in the dubbed version, in others they are kept and translated with regional dialects in Italian.

The use of regional dialects

A prime example of the former is in the HBO series Games of Thrones, where actors and actresses, mainly coming from all over the United Kingdom, alter their accents to better fit the region of Westeros where their characters grew up (e.g. the Northerners such as the Starks and the Wildlings speak with a Northern English accent). This difference completely disappears in the Italian version.

On the contrary, in the cartoon The Simpsons the different accents and dialects of the characters are kept, so as to make them more credible and similar to the stereotypes they represent: Carl has an accent typical of Veneto (this choice has apparently no reason — some interpretations link it with the birth of the League Party, in the same years when the Simpsons arrived in Italy: Carl is black…), Willie the gardener speaks Sardinian (he is solitary, detached and straight-forward and so is Sardinia: an island far from its mainland), and others have more marked Southern accents.

These are often used to dub gangsters or comic characters in American movies, because of the stereotypes linked to the southern criminal organizations or to the nature of southerners (considered to a have a warmer personality, if compared to northeners). Also in the cartoon the Aristocats, Romeo, originally Irish, has a strong accent typical of Rome, used to convey friendliness but also makes the Italian public think of him as a guy (cat) who tries hard to please.

To dub or not to dub? Time to move forward

I do not doubt that the Italian dubbers are doing their job well: without them, many foreign movies would never have been accessible to the Italian public. But times have changed since the 1930s and illiteracy is not an issue anymore. On the contrary, making movies available in their original language at the theaters could be a way to encourage people to learn foreign languages and to attract new customers in one of the industries that has more suffered from the recent pandemic.

In more recent times, streaming companies such as Netflix or Amazon Prime Video have completely changed the rules of the cinematographic industry, by offering movies and TV series in their original language with subtitles. This therefore gives the opportunity to watch them in one’s preferred language, with or without subtitles. Let the revolution enter the Italian cinema world as well, without the fear of losing the arguable most beautiful language of the world.