The Downside Of The Sweet Escape

Discover how the post-pandemic summer exodus from the city has been a blessing for some and a curse for other Italian touristic sites. 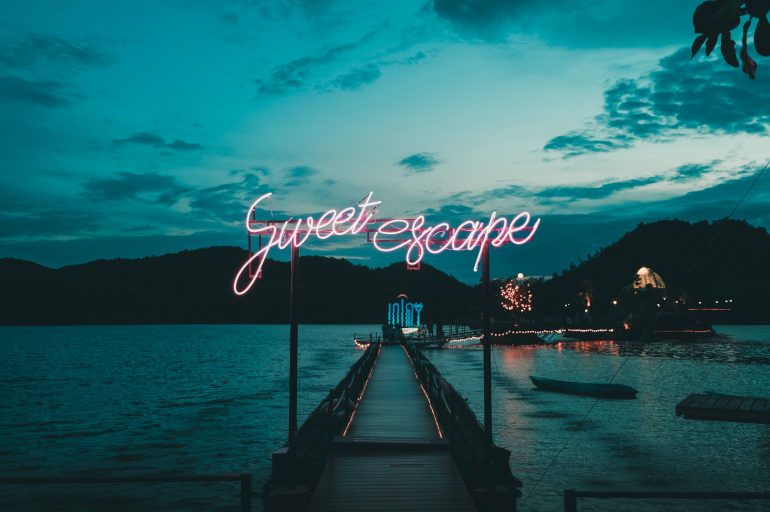 Summer in the city: should i stay or should I escape?

Italy is a country of art. A peninsula with a variety of extremely diverse landscapes and cities to discover. Furthermore, as I have already highlighted in one of my previous articles, tourism is a central element for the country’s economy. If you put all these factors together you have the perfect mix.

However, the effects of the coronavirus pandemic have badly affected the tourist sector, changing people’s approach to their summer holidays. The first thing to notice this year is that most of the visitors were Italian citizens. This time, Italian crowds filled the most different and often forgotten national destinations to escape from their cities.

New discoveries outside the urban centers

The impact of the lack of international tourists was more than just that. Major cities like Rome, Milan, Florence, and Venice were deserted. A combination of safety measures and the extreme, sometimes unbearable, hot temperatures definitely affected the flow of foreign travelers in the cities.

Then what about Italian visitors? I mean, if you can escape the city where you have spent all those months of lockdown, would you still spend your holidays there? I don’t think so. This is what the majority of Italians thought as soon as the nation-wide lockdown was lifted.

Therefore, both beach and mountain destinations were stormed by tourists — leaving my Instagram feed filled with pictures of people soaking up the sun on the stunning Sicilian coastline, going on fancy boat trips in the Adriatic Sea, and hiking adventures on the Apennine mountain range. And, of course, loads of snaps of road trips through the Tuscan hills and in the green, central region of Umbria for a holiday surrounded by nature.

It seemed that this summer everyone suddenly felt like discovering the hidden destinations scattered along our beautiful peninsula. In truth, all those months spent under lockdown helped Italians understand how both artistically and naturally rich our country really is, and how much we take this abundance for granted.

As a consequence, this feeling turned into the desire of exploring yet-unknown places, and many finally managed to cross them off from their bucket lists. Others decided to finally attend family reunions after several months of blocked travel and forced separation. And still others pulled their computer plugs, putting away the equipment used to work remotely, and headed to more isolated and rural areas.

It seemed an idyllic moment, and it has probably been so for those who were traveling; however, there was a downside to it.

Silence in the city

The post-pandemic exodus from the cities highly contributed to emptying them. Museums fell silent, as the usual crowds flocking their halls didn’t cross their doors. Hundreds of shut-down hotels, even in the biggest cities, remarked how critical and worrying the situation is.

The city of Venice is the true symbol of this phenomenon. The Queen of the Adriatic has experienced the effects of over-tourism in the past years, leading to the introduction of limited access to certain areas of the lagoon. On the other hand, due to the lack of traffic during the pandemic, the waters of its characteristic canals were the clearest citizens have seen in decades.

Because of the peculiar world situation, Italian mass getaways to beaches and mountains haven’t been balanced by a large presence of international visitors as it usually happens. This sharpened the critical needs of big cities, considering the numerous activities that rely on tourism: hotels, restaurants, tour guides, museums and the municipalities themselves struggled to collect funds and other resources.

I wonder if people would have stayed in the cities during the summer if the circumstances were different.

What’s the point of running away from the city?

I tried to imagine the reason why people fled en masse the cities in the past months. Three reasons came to my mind. First, I’m sure everyone would prefer spending their holidays where a gentle breeze blows and refreshes you, rather than sweating in front of a fan whilst fighting heatwaves.

For instance, spending the summer months in Milan can be a real challenge due to the heat bubble affecting the city. And, when you have lakes, beaches, and mountains at less than two hours away, why not give the fan a break, jump in the car and go there instead?

Second, the possibility of studying and working from remote allowed people to move much easier than ever before. Nowadays, you can find a wi-fi connection pretty much everywhere, so why not choose to work with a nice view from your window?

Over the last few months, big cities like Milan, Rome, and Bologna saw a real runaway of workers and students going back to their hometowns or directed to their second houses. Very few dared to spend the steamy season in town.

Finally, as a consequence of COVID-19 restrictions, many events have been canceled or postponed for safety reasons. The organization of concerts, food fairs, and festivals came to a halt. I believe that even the lack of these types of amusements encouraged people to leave behind the cities and venture elsewhere.

Finding a compromise before the final escape

The question is always the same one. Should I stay or should I go? Escaping the city or staying in the urban jungle? And also, would I rather spend my summer holidays exploring concrete landscapes or laying on sandy beaches?

The answer is fully personal, but I think that months of quarantine heavily affected the holidaymakers’ way of envisioning and planning their trips: after being strictly confined to our homes without having the chance to leave the place, it comes as no surprise that, now, as we can finally get out and move freely, most of us are heading somewhere completely new.

Sometimes we may not like being tourists in our own country, and we may not find it as appealing as traveling abroad. Nonetheless, the variety of places worth seeing makes Italy one of the best destinations in the world, even for its citizens. In this weird period for everyone, Italians can also restart visiting all those cities and their attractions that have always been overcrowded during the summer.

The promotion of a new approach to summer holidays is key. Cities must be able to attract Italian tourists every month and not only during the low season. Personally, I don’t like spending my holidays or weekends off waiting in huge lines with crowds of tourists, and I am quite sure many Italians agree with me. However, I also think that this mindset needs to change and we must exploit any occasion to visit and know better Italy.

In this sense, the effort should come from two sides. On one hand, small and large municipalities should propose new action plans, aiming at encouraging local forms of tourism with innovative activities and plans to discover yet-unknown destinations. On the other hand, we should think about enjoying Italian national treasures as tourists, sometimes being more patient and willing to wait to appreciate natural and artistic beauties. These efforts may end up benefiting both the national economy and ourselves at the same time so why not start now?