The story of the Italian-American Brooklyn gym where legendary fighters are forged. 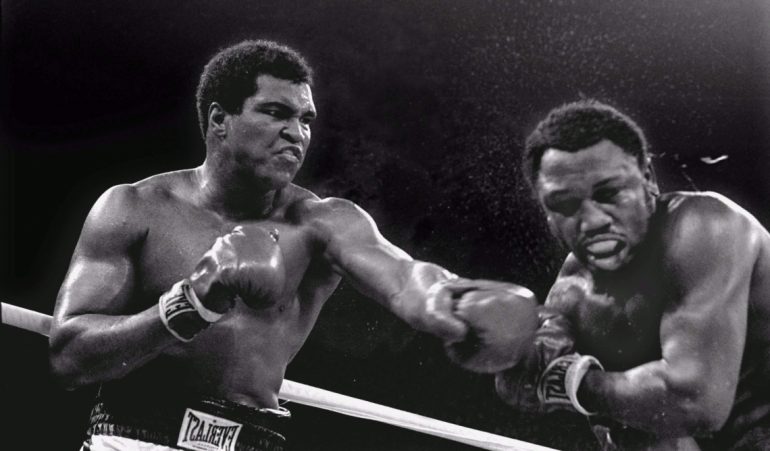 The story of the Italian-American Brooklyn gym where legendary fighters are forged.

Even for the layman, names like Jake LaMotta, Muhammed Ali, and Mike Tyson ring a bell when it comes to boxing. All three pugilists spent time training and fighting at Gleason’s Gym at 434 Westchester Avenue in the Bronx. I myself had never heard of the facility until conducting research for this article, and certainly had no idea of its deep link to New York’s Italian-American community. In fact, it was the cradle of boxing in the Northeast for decades, transforming the lives of errant young men and producing more than 130 world champions in the process.

Peter Gagliardi lacks an extensive backstory, but we do know that he arrived in New York from Naples around 1900 with his mother Innocenza and sister Theodora. A bantamweight, he decided to change his name to Bobby Gleason, a more acceptable Irish moniker that warded off discrimination. He was not alone. During the 1920s and 1930s, more than a thousand Italian boxers in New York took on Irish identities to become more marketable. Gleason eventually felt that there was a need for another boxing center in his neighborhood, and established Gleason’s Gym in 1937. The Depression years were challenging and Gleason had to work a second job as a taxi driver, but over time the gym grew in standing and attracted New York’s best talent.

Fighters like Patty Colovito and Chickie Ferrara got their start at Gleason’s, and it was in its facility that Jake LaMotta did much of his training. After the Bronx Bull won his World Middleweight title in 1949 against Marcel Cerdan, every boxer of significance spent time at Gleason’s, honing their mastery of the art of pugilism. Roberto Durán was one of these boxers, after fighting his way out of the slums of Panama City and earning the nickname Mano de Piedra, or Hand of Stone. In 1983, The Washington Post profiled Gleason’s Gym ahead of Duran’s Madison Square Garden fight with up-and-coming middleweight Davey Moore. Moore was quoted in the article as saying “I don’t think it will be all that tough a fight. He passed his peak a long time ago and I’m still getting close to reaching mine.” Duran was aging, but his long hours training at Gleason’s proved Moore terribly wrong. Mano de Piedra battered Moore into submission, sealing one of his eyes shut and forcing the fight to end after eight brutal rounds.

Gleason’s legend only grew when Hollywood began taking notice. The grimy look and authentic feel of the boxing mecca made it attractive for everything from commercial shoots to film sets. More than thirty movies have been shot at Gleason’s, with productions like Martin Scorsese’s Raging Bull and Clint Eastwood’s Million Dollar Baby among the most famous. Hillary Swank was trained by the staff at Gleason’s, and fully committed to her role as aspiring boxer Maggie Fitzgerald by working in the gym six days a week for five hours per day. As one of her trainers, Hector Roca, likes to say, “I want my boxers to have style, I want to teach them to defend themselves — I like good boxing. The ability to throw punches is a gift from God, but you cannot base all your style on that, you need to know how to fight. Yes, strength is important, but you must also learn how to move around the four corners of the ring to become a great boxer.”

Today, Gleason’s stands at a new location in Brooklyn’s Dumbo, but it remains the oldest active boxing gym in the United States and continues to hold sway over the New York boxing scene. In 2015, the first edition of the Italian American Boxing Awards was hosted at the gym, with legends like Vito Antuonfermo, Vinny Maddalone, and Vincenzo Imparato in attendance. Joseph Perricone, a professor of Italian and Comparative Literature at Fordham University, said the event was a way “to remember the strong social and cultural relation between boxing, Italians, and Italian-Americans, and recognize the influence the sport has had and continues to have over the years.”

Bruce Silverglade, the president of Gleason’s since the early 1990s, attributes the continued success of his facility to its universal appeal and adaptation to the times. In his eyes, “It’s one of the last melting pots in existence in New York. I have Palestinians training with Israelis, blacks and whites, cops and robbers, Wall Streeters and kids with no money, men and women. You name a type and its opposite and they are here. And everybody gets along.” Silverglade is especially proud of his Give a Kid a Dream program, which gives struggling kids between the ages of 13 and 18 the opportunity to study the sport while receiving help with schoolwork and their basic needs. The program is limited to 30 students at a time, and has a 75% success rate with high school graduation and college acceptance. One of the graduates of the program told the Corriere della Sera that “Give a Kid a Dream helped keep me out of trouble on the street when my mother died. I tried hard to be a bad kid, but boxing saved my life.”

After more than eighty years, hopefuls still gaze up at the Virgil quote painted on a large metal sign in the center of the gym. It reads “Now, whoever has courage, and a strong and collected spirit in his breast, let him come forward, lace on the gloves and put up his hands.” The ring is open to all who would enter.