A K-Pop Wave Towards Italy

K-pop is spreading to Italy and the Southern Korean wave is now stronger than ever. 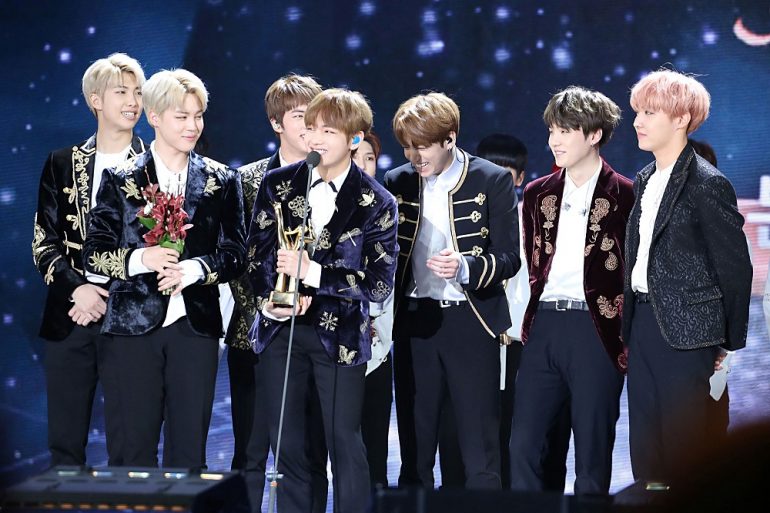 K-pop is spreading to Italy and the Southern Korean wave is now stronger than ever.

Back in 2012 I had just started university in Italy when I met those who would become my closest friends. One of them introduced me to Korean pop music, also known as K-pop. Bright lights, multiple singers, catchy songs, and colorful choices with bands of young, quite numerous, gender-uniform (either all female or all male), and incredibly synchronized dancers and singers.

Less commonly found in Western countries, the members of these music groups are generally more known together than separate. They are not just a Justin Timberlake during his *NSYNC era.

But how has the Western interest in Southern Korean music and culture spiked so strongly? An interest in Korean culture per se may not be the reason.

Whilst the first group to represent what K-pop is known as today, and experiment with music, was the Seo Taiji and Boys in 1992. They were the first modern version strung in 1996 with boy band H.O.T. Even this first band started the spread of popularity of this type of music as they became popular in China.

In October 2009, To Anyone, the Korean group 2NE1’s album ranked second after Eminem’s Recovery on the Top Hip Hop Album charts on iTunes. Since then, K-pop has quickly been spreading around the globe with an ever-increasing number of these groups touring outside of South Korea.

The Korea Creative Content Agency in 2017 estimated K-pop being worth 5 billion dollars stating that it has actually improved South Korea’s economy.

These groups more often than not are so successful because major entertainment agencies find and train these young teenagers from the beginning of their careers.

So strong was the Korean expansion that already in the 1990s tabloids were using the term ‘Korean Wave,’ then picked up by Americans in 2012 as groups like 2NE1 and others were trying to pitch their music to American producers. During this period the famous song Gangnam Style by PSY went viral with the first YouTube video ever to reach over a billion views.

It was in 2013 when former South Korean President Park Geun-hye intended to allocate 2% of the national budget to further develop their cultural industry.

Studies have shown that this way is happening for two reasons: transnationalism and hybridism. The latter describes how K-pop is transferable to other countries’ musical tastes; therefore, it’s considered a transnational culture. It is viewed as hybrid because its modern nuance seems to be reminder of more global elements of the most common popular music. The mixture of elements from various cultures — or ways of life — could be the major reason why K-pop is so popular.

BTS and K-pop in Italy

This September, the BTS (Bangtan Boys) a popular boy band made up of RM, Jin, Suga, J-Hope, Jimin, V, and Jungkook became the first South Korean artist to land at No. 1 on Billboard’s main singles chart in the United States. Their latest single Dynamite was downloaded 265,000 times, while in February 2020 in Italy their single On was the most downloaded song on iTunes.

The same group spoke at the United Nations in 2018 addressing the younger community. They were the first South Korean music group to attend a UN meeting. They were attending for the launch of Generation Unlimited, a campaign “to ensure every young person is in education, training or employment by 2030.”

Due to their high performance fees, BTS has not yet toured in Italy. However, a petition in February 2020 quickly gained 2000 signatures. Some hope sparked among the many tweets of Italian fans, when this April 2020, BTS announced a world tour.

The dark side of being a K-pop star

These Korean singers look well-prepared, talented, and perfect in their performances. Maybe too perfect. News articles and other media sources have leaked that becoming a K-Pop star is tougher beyond the stereotypical view that we have of a singer practicing and dancing all day long.

K-pop singers have rules about dating, dieting, gym hours, and simple living habits like having a phone that could be taken away by the agencies to avoid distractions. Current and former young Korean singers have come forward to testify extremely strict diets — some as strict as eating quantities based on 9 different cups each filled with vegetables or fruit — or going to the gym to exercise with sand bags wrapped around their legs for days.

Other rules include plastic surgery and dating. Plastic surgery is extremely popular in Korea to the extent where statistics demonstrated that 1 in 5 women have undergone surgery in South Korea. While regarding these singers’ dating life, K-pop singers are encouraged, and according to statements appear to choose so voluntarily as well, to avoid dating. Single singers are more appealing to their fans.

What if they choose to leave their career?

It appears that a K-pop singer, named Sulli, who had tried to leave this part of her career, was found dead in her home in 2019 where she had committed suicide. Some instances of her daily life had caught the eye of the media where she would leave the house without a bra — shunning the required beauty standards — or even making a relationship with her boyfriend public. During the last months prior to her death, she had received major backlash from her fans.

Another example is of boy band EXO’s singer named Chen who came out declaring that not only was he dating, but that he wanted to marry his girlfriend who was pregnant. The repercussions by the fans from Chen’s declarations were quite drastic if we think that the agency itself suffered a financial loss, the whole band lost their fans’ support too. So although the agencies do have an especially tight financial grip on these singers, it seems that they may have a point about protecting not only their profits, but their singers’ image.

Is the future J-pop?

In major cities, the K-pop presence is felt through typical Korean stores and Korean music and general related merchandise. Since 2014, there has been an Italian magazine dedicated to K-Pop sold online. Similarly, there has recently been the birth of a cultural association, Associazione Coreapoli where the young communities work together to spread K-pop by organizing cultural and musical events.

Globalization and a simple yet outstanding tool known as the Internet have allowed for cultures such as Korean to expand to more western countries. This, in a world where English and ‘American Hollywood’ governs our TVs, could mean that our media can be influenced by other cultures, even in the presence of Korean dramas (called K-Dramas) which are also now available on global streaming services such as Netflix.

K-pop in its similarities to western pop, is still a bit uniquely different. In the hope that other popular music, or just cultures, such as Japanese with its version called J-Pop, still to be discovered, we can appreciate modern music, and language, beyond our star-striped vision.