Italy must undoubtedly implement a serious policy concerning its water waste. Otherwise, future will be in serious jeopardy. 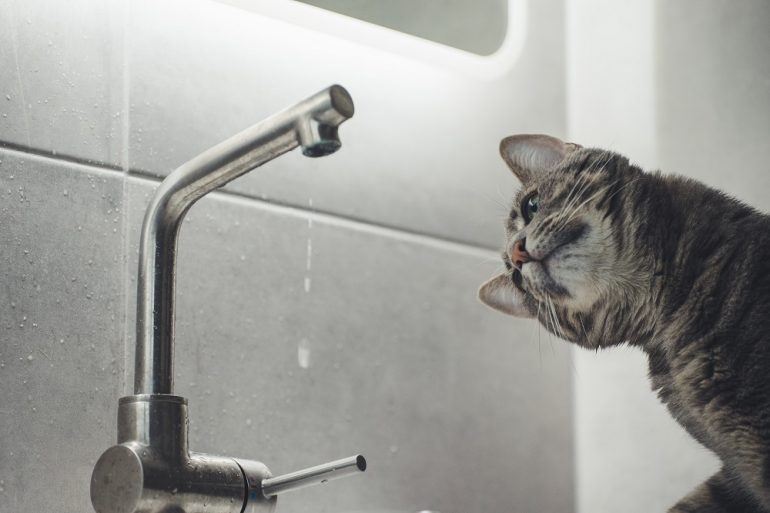 Italy must undoubtedly implement a serious policy concerning its water waste. Otherwise, the future will be in real jeopardy.

“Clear, fresh, and sweet waters…” These are the verses that one of the most famous poets of the Renaissance period, Francesco Petrarca, wrote about the freshwater source of Valchiusa, between Italy and France. According to the author, the spring was a quiet, peaceful place, a sanctuary where he could stay and relax. But if Petrarca were alive today, he could not say the same beautiful words about Italian water resources, since people waste tons of water in Italy. The situation has become unacceptable.

Italy is one of the European countries that will face tremendous effects due to desertification. In particular, more than 20% of the national territory is at risk, with peaks of 40% in the South. Climate change is going to affect the Italian landscape immensely.

Considering the data, statistics concerning water waste show that the situation is deplorable. Italians rank first in Europe, for the most consumption of drinking water per individual, at an average of 160 cubic meters per year. Compared to the 90 in France or the 60 in Germany, that number is beyond the pale. On top of that, reports put on stark display a gloomy scenario: Italians squander a sky-high 41.4% of the water inside their supply network, which is 500,00 kilometers long. In a nutshell, Italians lose 6.5 million liters of water every minute. These leaks could meet the needs of 40 million people in Germany outright.

The problem is closer than we think

When talking about droughts, people usually imagine boundless expanses of desert in Africa. But climate change may bring these images closer to home than we think.

According to data, 23.4 billion cubic meters of water have gone missing so far in 2020. That is equivalent to all the water of Lake Como (the 3rd largest basin in Italy) being lost, causing the worst water loss of the last 60 years.

This issue concerns us all. Three years ago, the city of Rome suffered a severe water shortage, leading local authorities to ration drinking water. For centuries, the ancient Roman waterworks system represented the city’s domain over nature, and they were even celebrated by the pagan writer Pliny the Elder as a “gift from the Gods.” Nowadays, the capital’s pipelines lose a towering 41% of the water they handle.

And the scenario has been far from encouraging in 2020. The river Po, in northern Italy, is 30-40% lower than the average of the preceding years. On top of that, the basins in southern Italy are all slowly losing their reserves. Due to climate change, rain has been increasingly more rare throughout the winter.

In a bid to prevent threats to agricultural production, farmers started the irrigation season earlier, shrinking water supplies even more. As a consequence, the situation threatens to take a turn for the worse.

Data draws an awkward picture, where supply systems are mostly outdated and full of leaky pipes. Not only are 70% of pipelines on average 30 years old, but many cities — especially in central and southern regions — lose at least half of drinking water, with a peak of 75% in Frosinone.

Interestingly, not only does Italy lead the European rankings of water waste, but we set the record for charging the lowest fees on water distribution. While Italians pay only €1.10 for a cubic meter of water, Brits spend €3.08, the French €3.19 and Germans €4.90.

It is clear as day that cut-rate water bills throw a monkey wrench in the upkeep of the waterworks system. Raising prices for natural resources, according to the International Resource Panel, could lead people to a use water in a wiser manner, allowing operators to overhaul and replace infrastructure to improve the long-term use and supply of water.

Are there any solutions?

Due to the terrible progress of desertification, people must tackle the issue quickly. Otherwise, many reports claim that Italy will experience at least 35 more days of drought every year within the next century. Solving this threat is critical if we want to safeguard our own wealth and social cohesion for the generations to come.

While it is unquestionable that we need to find more water sources, on the other hand, it is necessary to cut waste and pursue efficiency. The average 41.4% of water waste does not represent environmental damage only, but also a monetary loss worth €4 billion, since it has already passed through a cleaning process. Rising prices will consequently lead to increased awareness from users and result in more resources to use to safeguard pipelines.

But charging more for water is not a magic wand. Italy needs to take the edge off the leaky water pipes. And the government is bringing about a strategy to solve the problem. Last year, the cabinet green-lighted a fund to bolster infrastructure that will nip droughts in the bud. It is a promising beginning for a water supply system that needs €7.2 billion and 250 years to renew outright. Undoubtedly, investments in the network have snowballed from €10 to €50 per person, but they are too far from the €100 European average.

On the other hand, people may argue that we can produce drinking water from the seas, thanks to desalinization systems. The solution is tempting, but we should bear in mind that they are expensive and produce brine, a toxic waste that is dangerous for the environment.

The clock is ticking

We need to usher in a new idea of managing water supply systems, waxing investments that will achieve outstanding results in the following years. Citizens must also play the lion’s share, dramatically cutting water waste. If we don’t reduce our squandering, desertification will turn the country upside down. The current coronavirus crisis provides an opportunity to put the Italian economy and public services back on their feet, following environmentally friendly criteria. Eventually, money will come down the pipeline, thanks to the European Recovery Fund. Let’s hope that the political will has the bravery to take those steps though.