To Be A South Tyrolean: A Never-Ending Search For Identity

There are some places, like South Tyrol, where the politically and socially constructed concept of a national identity do not match with how the people feel and are perceived by others. 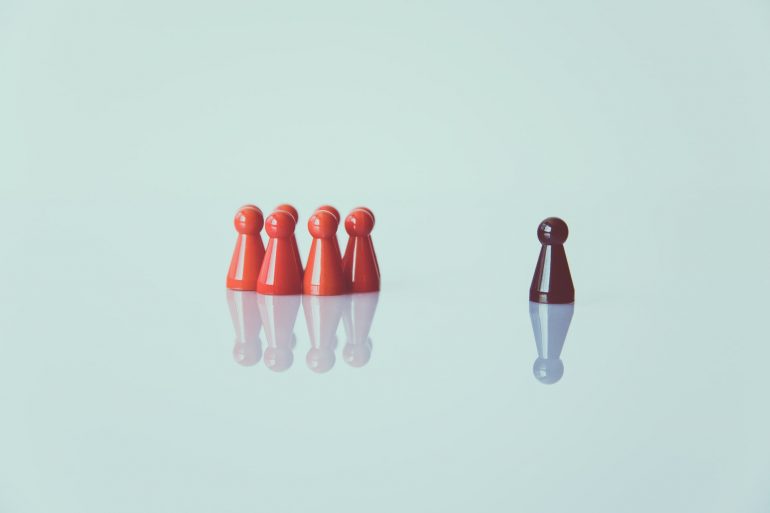 There are some places, like South Tyrol, where the politically and socially constructed concept of a national identity do not match with how the people feel and are perceived by others.

How many people worldwide know that in South Tyrol, an Italian province wedged up against the borders of Austria and Switzerland, three different languages are spoken and live together peacefully? I would guess the answer is only a few people know. But in South Tyrol, this diversity can cause a loss of identity to say the least.

When the Treaty of Saint Germain was signed in September 1919 and 220,000 German and Ladin (a romance language of the area) speakers of South Tyrol suddenly became Italian citizens, no one could have imagined how complex and intricate the political implications would become.

Three years after the annexation, indeed, Mussolini came to power with the idea of eliminating the culture and the language of German- and Ladin- speaking populations through the so-called policy of italianizzazione (Italianization) theorized by Ettore Tolomei, a convinced fascist hierarch who wanted to reaffirm by crook the Italian character of South Tyrol.

Therefore, Italian became the official language, the major German associations were shut down, teaching German in schools was banned, and Ladin  was recognized only as an Italian dialect. Furthermore, fascists forced the italianization of German and Ladin local names, public inscriptions, roads and pathnames, as well as surnames, and, in order to increase the presence of Italian speaking population, throughout the 20s and the 30s a lot of Italians were moved to South Tyrol.

These were mostly employees in the italianized public administration, like teachers, carabinieri, soldiers and workers in the new factories built by the regime. A new Italian community was thus formed in South Tyrol. Today, this community represents a linguistic minority in the whole province and a majority in Bolzano, the capital.

With the end of World War Two, an harsh political fight over minority rights broke out, as the German and Ladin communities no longer accepted to be assimilated and lose their linguistic and cultural identity. The dispute aimed at developing a system that would protect the very existence of all South Tyrolean ethnic groups.
In the last decades of the previous century the resolution of the political disputes regading the questions of the political and linguistic autonomy, and the full recognition of political, social and cultural rights for minorities, generated an extraordinary economic growth — especially in the tourism industry — and the development of an effective, stable social and political system.

Identity and a sense of belonging

But what is left of these tumultuous years, now that we are a well-off and peaceful peripheral province? My personal answer would be that there is a never-ending, restless but hopeful search for identity. What are we? Who are we? What do we feel we are?

I attended a German-speaking high school in Bolzano for two years because I wanted to learn the language better. Once during a classroom debate about identity issues in South Tyrol, our Italian teacher asked us how we would describe our sense of belonging. Put differently, she wanted to know whether we felt Italian, German, Austrian or maybe South Tyrolean — following an old, all-European approach of defining what identity box you belong in. Most of the students answered that they felt South Tyrolean, some others Austrian, and just a few — like myself — Italian. Others couldn’t find an answer.

I myself felt uncomfortable with the question and only at that time did I realize that being Italian was not a complete description of how I felt deep down, nor of the perception that others have of me. I started wondering what it even means to feel Italian. Would “I don’t know” or “no labels could identify me” count as an answer?

Throughout my adulthood living outside of the province, identity bias has regularly occurred to me: when I was in southern Italy people used to call me “tedesca” (Italian for German) and to underline my “German” attitudes. Like this friend that in his acknowledgments at the end of his bachelor thesis wrote: “I would like to thank Camilla, for her support and for her ‘hateful’ but decisive punctiliousness, typical of her origins from Bolzano,” where for him, “origins from Bolzano” signifies an un-specified geographic location somewhere in the North where people are meticulous, punctual and cold.

When I moved to Graz, in Austria, for a two-year master’s degree, the way people perceived me was instead completely the opposite. Before my departure one of my colleagues even wrote me that she would miss my Italian soul, my temperament.

Also the way I speak Italian has often put my identity in a place where no labels can really describe it. During my bachelor’s degree I used to live in three different places because of my semi-professional activities as a basketball player and, every time I moved, I used to change the way I spoke, slightly picking up the accent of the dialects of the places I was in. Although my friends and family still make fun of me, I do know that other Italian speakers from Bolzano have the same problems. As we don’t have a particular accent or dialect in Italian, we are keen to imitate other people’s dialects.

As an Italian-speaking South Tyrolean, I find myself in a in-between space where I am perceived as ‘not Italian enough’ but also as ‘not German’ for typical Italians. My pasta is indeed not al dente enough and my attitude is not relaxed enough like a stereotypical Italian girl. In the same way, on the other side of the border in Austria, I have an ‘Italian soul’, my food is good, and my temperament is appreciated.

Still my characteristics and identity do not fit into any pre-defined boxes of the so-called national identities. However, this may be the greatest opportunity I have ever had. Indeed, in the end, this search for identity may be the occasion to overcome any stereotypes to stop thinking about people through such dichotomies, like being either Italian or not.

Perhaps the final goal is not to find one identity but to co-live with multiple, diverse identities which are the result of my personal experiences and the history of the place where I was born. What I wish for, is that my ‘German’ and my ‘Italian’ souls can perhaps live peacefully together without having to be sacrificed on the altar of stereotypes, which don’t allow for the various facets of my identity — and more generally for those of everyone.