Ada Negri, The First Woman Member Of The Royal Academy Of Italy

Ada Negri was the first and only woman to have been granted a prestigious and cumbersome appointment as Royal Academician of Italy. 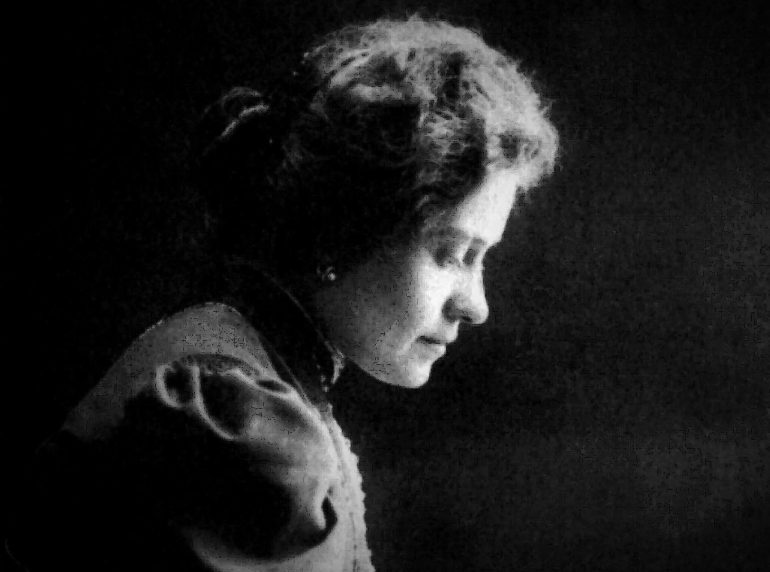 Ada Negri was the first and only woman to have been granted a prestigious and cumbersome appointment as Royal Academician of Italy.

Ada Negri was born in Lodi on 3 February 1870 of a very poor family. Her father was an alcoholic coachman of lowest rank. As a child she found shelter and food with her grandmother, who was employed as a doorkeeper in a bourgeois building. As the young girl watched the comings and goings of tenants from the porter’s lodge, she gained inspiration for her very bitter novel. She wrote Stella Mattutina (Morning Star) when she was only twenty and it was incredibly released immediately thanks to a chance meeting with a publisher.

She started working in a factory when she was only ten years old with the intention of paying for her uniform, books and enrolment at the sought-after Scuola Normale Femminile school in Lodi. She successfully obtained her primary diploma and, at the age of seventeen, was hired as substitute teacher at the Collegio Femminile girl’s college in Cologno. Ada wrote Sta arrivando la felicità and managed to publish a few articles in a lively review called Fanfulla when she was just eighteen, to the point of obtaining Giovanni Pascoli’s appreciation. Fame quickly arrived, after much tribulation.  Books written by the 22-year-old teacher attained such success in 1892 that the then Minister Zanardelli granted her the prestigious “docente Honoris causa” title.

Along with her mother, Ada moved to the big city and continued to nurture her Socialist vocation. Her “proletarian parlour” was attended by eminent names such as Filippo Turati and Anna Kulisciova; her Lombard parlour was also strongly appealing to young intellectuals and the name of a young ambitious anti-clericalist teacher stands out amongst the rest: Benito Mussolini. A cultural association sprang up between Ada and Benito Mussolini, one that would bind them together for all their lives — until 1945 when they both died.

Ada’s personal life was always quite reserved. Two daughters were born of her grim marriage to a textile businessman from Biella, but one of the girls died as a child. This led to Ada’s literary work being shrouded by undertones of pain and mystery. Her works, such as Maternità and Dal profondo, often reflect personal torment. These were published by the Mondadori publishing company, but their business partnership was later interrupted.  Subsequent to the failure of her marriage, Ada moved to Zurich in Switzerland where she wrote Esilio in 1914 and the tormenting short stories contained in Le solitarie, which went on to become best-sellers in their French and German versions.

Alongside the social feminist themes she pursued and in contradiction with her past, for the first time the writer nurtured a patriotic streak with her odes to Italy entitled Orazioni; from being a pacifist, she turned into an interventionist like her good friend Mussolini. As she was riding the crest of the wave, 24-year-old Ada was awarded the national poetry prize. From that moment on, her lyrics possessed such an eminently social status as to have her defined as Poetessa del Quarto Stato (Poet of the Fourth Estate). She was a revolutionary, but also intimist; she led an austere life, yet one not lacking transgressions like those flaunted in the lyrics of Libro di Mara (The Book of Mara) or her partially autobiographic and tormenting novel entitled Vita Mattutina (1921).

But Ada Negri lived a secluded life and in 1940, at the age of 74, she was the first woman admitted to the Royal Academy of Italy. In 1944 the nostalgic author, in flight from reality, considered the Italian Social Republic (specifically the Republic of Salò) as fulfilment of the Socialist dream. But that dream was shattered in Piazzale Loreto. Death took its toll in 1945. She was buried in the Famedio cemetery in Milan. Sudden and irrevocable oblivion befell her, like the blow of a cleaver. Yet she had written countless humanitarian, transgressive, social articles and an array of songs accompanied by the music of some of the most illustrious musicians of the twentieth-century. Undoubtedly the moody and ingenious Lodi-born writer earned herself an outstanding role in contemporary Italian literature.