Covid-19 Changed Venice Forever — What Does It Mean For Tourism?

The fate of tourism is also the battleground in Venice’s 2020 mayoral elections. 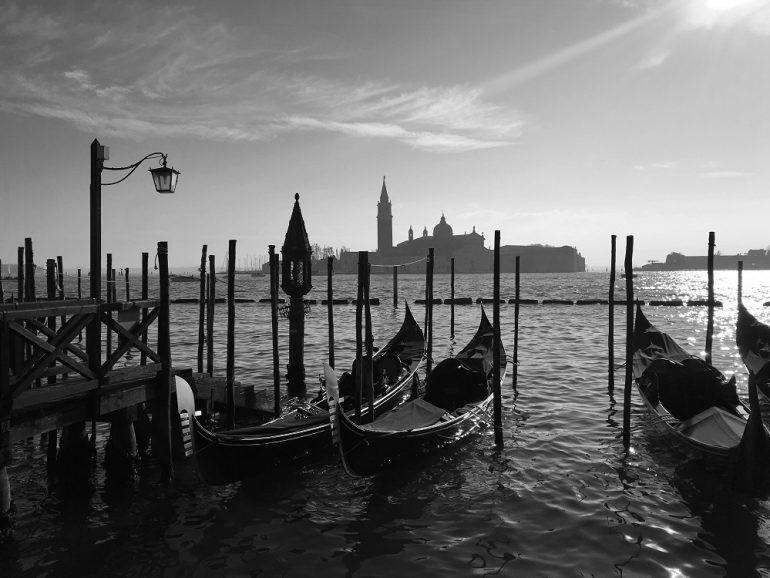 Later this year Venetians go to the polls to elect a mayor who will preside over a city deeply affected by the Covid. For the first time in living memory, the city early this year was emptied of tourists, leaving the streets to the residents and the canals to the fish, the cormorants and the swans. The extraordinary period ignited the hope that this could be a turning point. “Coronavirus: The Crisis that Can Save Venice,” ran a headline story on a local news website; it opened a debate on change. The citizens’ lobby Gruppo 25 Aprile put forward alternative candidates in a project to “learn the lesson of this crisis and not repeat the errors of the past.” Their campaign manifesto revolves around the “broken balances” between people and the environment, tourists and residents, the local commerce and big business — all of which involve tourism.

Visitors have shaped the city since the Crusades, but something changed lately. With 10 million visitors a year by around 1990, Venetians could still manage, but the up to 30 million visitors over the following decades undermined everything. Mass tourism accelerated depopulation, with 1,000 residents leaving a month; it brought more massive cruise ships that endangered the city’s delicate lagoon environment; most of all, it made daily life oppressive. Tourists crowded the narrow streets, preventing locals from getting on with their lives; the crowds forced out local food shops and flocked to Airbnb-type accommodation to such an extent that it decimated the availability of residential housing.

For some, things have already gone too far, even beyond saving. With the population at 52,000, down from thrice that figure after WWII, the city is dangerously close to the point where the traditional Venetian community would be unviable. Some have accepted the view that Venice is already “dead.” But that’s untrue. Venice lives, even if it is threatened. Venice is changing, but it is not yet a museum. Cynics blame the Venetians, saying they have cashed in on tourism, so too bad; in truth the residents are mostly victims of an overwhelming force of globalizing economic change that they did not want. Now, for the sake of saving Venice’s living culture and beauty, keeping locals at home matters; Venice without Venetians would be worse than a museum; it would be a ghost town. The last moments to turn things around have arrived.

European cities such as Amsterdam and Barcelona have already begun to curb tourism abuses. Venice, however, caught in a perfect political storm partly of its own making, has failed to do so, in part due to Mayor Luigi Brugnaro’s ideological dedication to free markets. But running the city on this basis has benefited mainly the monied interests. Tourism only makes sense if it makes life more livable for the locals. The solutions are in fact no mystery: incentives and regulation will control tourism. The city took a step in this direction with a tourist tax that comes into effect this year — but this is at best a partial solution.

Study after study has shown that Venice must go much further, drastically limiting tourist numbers to about half the current level. This has huge implications for an economy now excessively bent to service tourism; hotels finding other uses, property owners taking residential instead of inflated tourist rents, souvenir shops and restaurants closing; new jobs will needed through diversification. Not least, Venice will have explain why restrictions are necessary in an age when travel has been democratized through cheap air fares.

It is not, as some fear, about making travel the reserve of the rich. That idea confuses the needs of tourist destinations with the related issue of the costs of air pollution generated by ballooning air travel. There are lots ways to deal with that without turning travel in to an elite game. For Venice — as for other fragile destinations from New Orleans to Dubrovnik — it is about compromises we must make to do our part in saving heritage and environment. In Venice, we need to walk more and ride fewer erosive motor boats; we may have to wait for a turn to visit. We may have to holiday more locally, at less popular places or through armchair reading. Most of all, we need to rethink why we travel, remembering both that travel widens our horizons and something a Venetian friend told me: “Travel is a way to learn that everything you really need is already at home.”

Venice, An Odyssey is the exclusive Italics Magazine series based on the new book about Venice by journalist and writer Neal E. Robbins. In this article: Covid-19 changed Venice forever — what does it mean for tourism?