With over one million speakers, Sardinian represents the largest legally-recognized minority language group in Italy. But Sardinian does not yet have a standardized form. 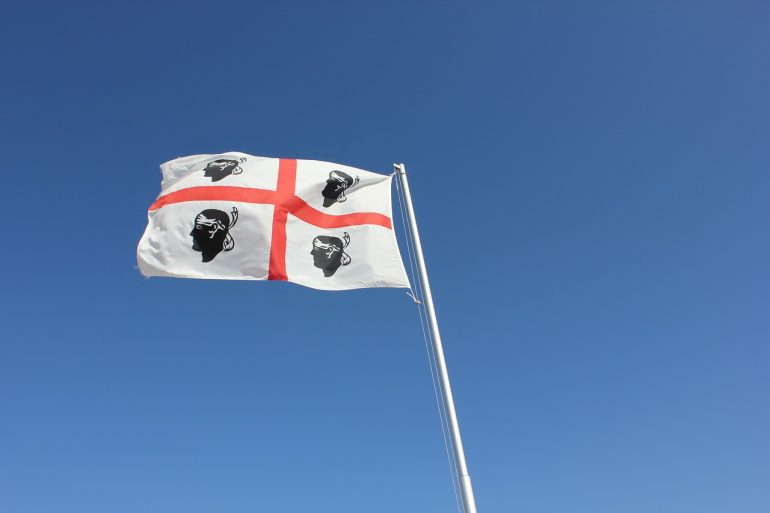 With over one million speakers, Sardinian represents the largest legally-recognized minority language group in Italy. But Sardinian does not yet have a standardized form.

Driving around the island of Sardinia, you’ll see names and places that resemble Italian language only from a distance. You’ll first subconsciously translate definite articles: il becomes su and la becomes sa. Next you might wonder if u’s have overtaken o’s because nostro is nostru and vostro is bostru. But as the official language of the island is Italian, proper nouns might be the closest you get to catching the cadence of Sardinian dialects.

Beyond glitzy beachfronts in the north, and jaw-dropping coastlines of cliffs, those inclined towards linguistic discovery may also find their paradise in Sardinia — the land of the closest living relative to Vulgar Latin. Sardinian is a distinct language autonomous from Italian, but the two are often grouped together because among the Romance languages, Italian has been the second-most conservative language in retaining Latin influence.

As overseas tourism has dropped this summer, there are stretches of days for me without overhearing snatches of English. Proportionally fewer tourists and more locals is increased opportunity to observe interactions that negotiate the space between Sardinian and Italian.

These events might be preferring a calculator or representing numbers with fingers for a roadside vendor, or shifting the verb to the end of a sentence, a construction not common in Italian. In fact, Sardinian is considered unintelligible to Italian speakers, with an acoustic impression that is closer to Spanish.

And although Italian and Sardinian are grouped together by their respective proximity to Latin, Italian is linguistically closer to Romance languages such as French — where Italian speakers might survive by substituting French vocabulary into their own grammar. Such a strategy is less successful with Sardinian, with its many unique syntactic forms.

Forms that yet retain the imprint of history, geography, and policy. It was only in 1997 when the regional government declared Sardinia’s languages as five: 1) Sardinian, 2) Algherese, 3) Tabarchin, 4) Sassarese, and 5) Gallurese. Of these five languages, Sassarese and Gallurese are considered transitional languages between Sardinian and Corsican; Algherese is of Catalan origin; Tabarchin belongs to the Ligurian language system; and Sardinian is itself composed of dialects, the most prominent being Campidanese spoken in the south and Logudorese in the central-northern areas. Campidanese tends to have more Catalan loanwords, and Logudorese has more Spanish lexical influence.

And it was only in 1999 when Sardinian gained minority language status in Italy (Law 482/1999). For the first time in Italian history, minority languages (11 other languages also gained official status) could be the medium of instruction in primary and secondary schools, adopted for spoken and written use in public administration, and encouraged for use in broadcasting and publications. With over one million speakers, Sardinian represents the largest legally-recognized minority language group in Italy.

What is Sardinian as an existential question revealed the fundamental barrier to the idea of protecting minority languages — what had been useful as an inclusive abstraction, laboring to protect a historic culture with its values and ways of thinking, becomes exclusionary and inherently anti-protectionist as those dialects considered ‘lesser’ and arguably more minoritized fall away in favor of the form of the language imbued with relative power.

The Catch-22 of minority language protection is particularly relevant in the Sardinian context. Heterogeneity arising from geographical and historical contact events has given Sardinian its value as a cultural concept; to flatten differences and impose standardization to a language system that has traditionally embraced fragmentation could be antithetical to the ultimate motivation.

Beyond the island, how has Sardinian shown up as a cultural concept? Perhaps the most well-known example would be the Italian version of The Simpsons, where Groundskeeper Willie trades a Scottish background for a Sardinian one, arguably satirizing the shepherding, rustic lifestyle more effectively than the stereotype illustrated in the American context. The beauty of The Simpsons, argues researcher Chiara Ferrari, is its ability to indigenize the script in each international adaptation.

Prioritizing local interpretations recognized on global scales can be a parallel for further indigenizing local dialects protected on a national level. We might start by reframing the question from “Do you speak the Sardinian dialect”  to “Do you speak a Sardinian language?”

The opportunity to spend extended time on the island this year afforded by smartworking and a downtick in travel may carry the imperative to expand my understanding of a region too-often regarded as a monolithic whole.