When Food Is A Tool Of Activism

A vegan and an environmentalist, Alfredo Gagliardi is working on supporting the vegan food offer in Rome and purchasing food directly from small producers. 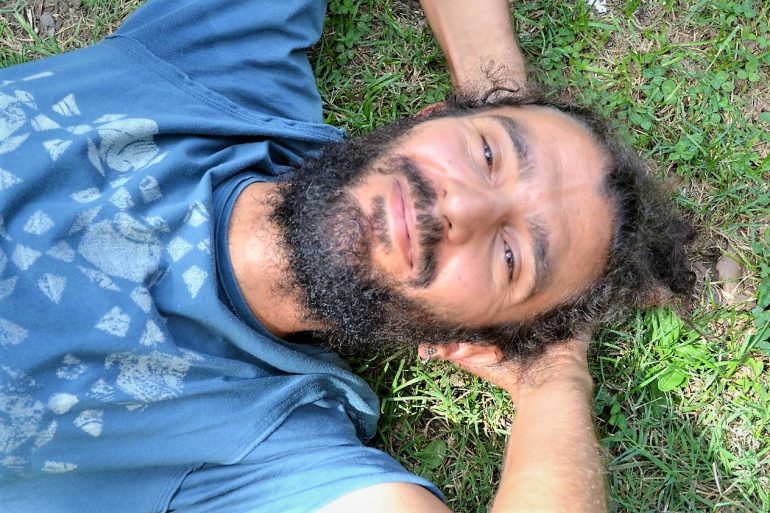 A vegan and an environmentalist, Alfredo Gagliardi is working on supporting the vegan food offer in Rome and purchasing food directly from small producers.

Food is almost sacred to most Italians, and 43-year-old Alfredo Gagliardi from Rome is not an exception. But while he shares the same passion for a good meal with his fellow citizens, Alfredo also keeps thinking about where the food on his table comes from.

A vegan and an environmentalist, Alfredo is working on supporting the vegan food offer in Rome and purchasing food directly from small producers, thus avoiding the global “supermarket” economy, which he considers to be unjust.

Twelve years ago, Alfredo watched a TV program which explored how big companies and supermarkets set prices for the food they sell and how little they care about the people who produce them. The investigation also exposed the environmental consequences of such a massive food production.

“There are a lot of hidden costs in the prices we pay for food,” Alfredo says. “While watching the show I understood that, as a typical supermarket-goer, I have been a part of a process I didn’t know much about. That’s what made me curious to learn more about the alternatives.”

One of the alternatives that resonated with him was the solidarity-based purchasing model called GAS (Gruppi di Acquisto Solidale) he learned about in 2008. GAS is a community of consumers who purchase goods collectively directly from producers at a price that is fair to both parties. Through the purchase of organic, local — possibly ‘zero kilometer’ — goods, these groups aim to create a fairer vision of the economy that is closer to the real needs of people and the environment. Alfredo has been a member and has been buying his food through GAS ever since 2009.

Most Italian GAS groups aim to reduce transport-related pollution, to know producers personally, and to establish trust and ongoing relationships with them. Members of GAS groups often choose products that are produced without using pesticides, herbicides, and chemical fertilizers, which pollute and consume energy. Moreover, they pay attention to the packaging and processing of the products and to waste management issues including recycling, reuse, and waste reduction.

Alfredo’s Testaccio Meticcio GAS group is one of around sixty such community initiatives in Rome, which, in his opinion, contribute to a fairer economy that is closer to the real needs of people and is more environment-friendly.

Not only do they purchase food collectively, but GAS group members also collectively organize their activities (support to producers, delivery of goods, etc.) through their meetings and — most importantly — voluntary work. “Everyone is doing something,” says Alfredo explaining that, in his group, every member is expected to take an active role in the process. Participation is one of the most significant elements of the experience, as it allows members to transform the purely economic fundamentals of buying in supermarkets into a relationship of solidarity, which brings people together and allows them to share time and resources. Alfredo has so far taken the roles of the accountant and the coordinator of the group.

The model, however, has its weaknesses in Alfredo’s opinion. Alfredo’s GAS group isn’t only purchasing vegan products. The producers they collaborate with are selling meat, dairy and other animal products to his fellow colleagues.

Since 2016, Alfredo has been supporting the vegan food scene in Rome with his online Vegan map of vegan and vegan-friendly restaurants and bars. Even if his primary goal wasn’t to promote the pinned restaurants and bars when he was creating the map — but rather to be able to orient himself — the map has become a helpful tool for advertising the ever growing vegan food offer. It has also been helping both locals and visitors to navigate through a rich food offer in Rome, while encouraging them to opt for animal-free meals and visit local vegan restaurants.

A few months after creating the map, Alfredo launched the Facebook page Vegan Quo Vadis? Roma to promote the map. He also voluntarily advertises vegan-friendly events, including restaurants and bars serving vegan food. The page is until now being followed by more than 8,000 fans.

Two years later, in 2018, he and a couple of his friends established the association “Vegan Quo Vadis? Roma” aiming to organize social and cultural activities for vegans of Rome, including dinners and aperitivo events in collaboration with local vegan restaurants and bars. With around 100 members, the association has so far organized various social gatherings, and all of them — of course — included vegan food. Some of the most visited events have so far been the competitions of vegan cakes, with competitors “veganizing” traditional Italian and international sweets and pastries and offering them for tasting during the events.

But that’s just the beginning, Alfredo hopes. Once the pandemic is over and life goes back to normal again, his Vegan Quo Vadis? Roma will continue to grow.