Should Face Masks Be Compulsory?

The scientific evidence for the efficacy of face masks in reducing the spread of viruses is weak. Yet we are still forced to wear them. 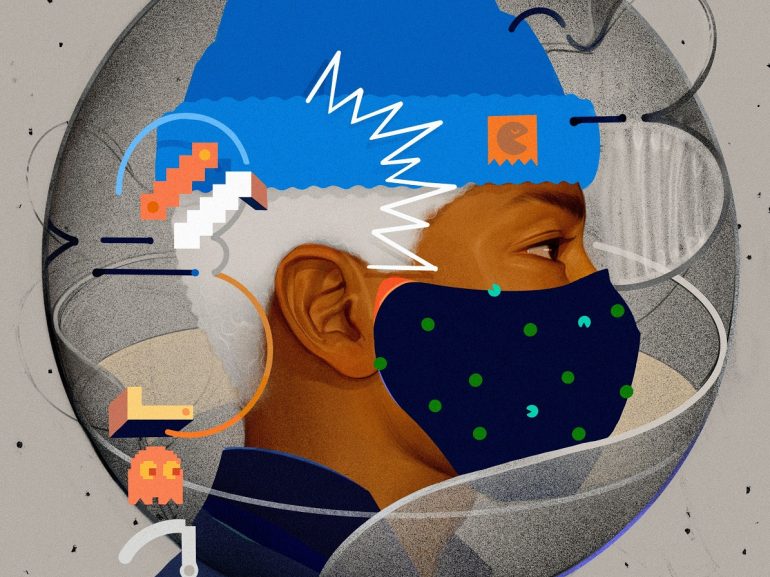 The scientific evidence for the efficacy of face masks in reducing the spread of viruses is weak. Yet we are still forced to wear them.

Face masks have become the emblem of the Covid-19 epidemic. Men carry them in their pockets and women in their handbags everywhere they venture. One sees them being worn on wrists like bracelets, or dangling from rear-view mirrors in place of more cheerful decor. People are obliged by law to wear them inside restaurants, bars, supermarkets, theaters, cinemas, on public transport, and in all other indoor areas lest they or the managers of such places be fined.

In Italy, shortages and late deliveries have been the subject of political blame games and rifts between state and regional authorities. Heads of state and government wear them every time they appear in public, and even President Trump has now joined the club. But does their efficacy in quelling an epidemic justify the importance we have bestowed upon them?

The scientific reasoning behind the government decrees compelling the use of face masks may best be encapsulated in the following paragraph, written by Dr Lisa Maragakis for Johns Hopkins Medicine:

Face masks help prevent the spread of COVID-19. Because it’s possible to have coronavirus without showing symptoms, it is best to wear a face covering even if you think you are healthy. A mask helps contain small droplets that come out of your mouth and/or nose when you talk, sneeze or cough. If you have COVID-19 and are not showing symptoms, a face mask reduces your chance of spreading the infection to others. If you are healthy, a mask may protect you from larger droplets from people around you.

Versions of this statement have been accepted by governments worldwide, and it may very well seem straight forward, especially given that they indeed retain larger droplets which can be released through talking, coughing, or sneezing. However, recent studies have shown that the efficacy of both surgical and cloth face masks in preventing viral infection is very limited.

Firstly, in thinking about how effective a face mask may be, one must grasp the sheer microscopic dimensions of a viral particle. Dr John Lee, a retired pathologist for the NHS, writes the following in the Spectator:

A human hair is about a tenth of a millimetre thick. A typical bacterium (such as the human pathogens E. coli or S. aureus) comes in at about one thousandth of a millimetre, so you could line a hundred up across the width of a hair. A coronavirus particle is about 10 times smaller still, so a thousand would fit across a hair. This extreme smallness was instrumental in the discovery of viruses in the nineteenth century: they were the infective agents, left in solutions that had been passed through ‘ultrafilters’ which had removed all other known pathogens.

So to filter out the coronavirus particles, one would need a very fine mesh, and that is assuming that all of the the air we breath in or out passes through the mask’s material, which in reality it doesn’t. Masks will always fit fairly loosely with considerable gaps along the cheeks, around the bridge of the nose and along the bottom edge of the mask below the chin. A recent study looked microscopically at pore sizes in low-cost face masks of the types common in developing countries such as Nepal, made from various cloth materials. They found pore sizes of roughly one to five human hair widths — the pore sizes got slightly bigger after washing. So in relation to viruses, these masks may be doing little, except possibly reassuring their wearers.

The next passage is an excerpt from an extensive review of surgical face mask literature conducted 4 years ago by Dr John Hardie for Oral Health. Not only is the distinction between droplet and airborne transmission enlightening, but it also reveals the antiquated nature of our conceptions of masks as virus barriers.

Early studies of airborne transmissions were hampered by the fact that the investigators were not able to detect small particles (less than 5 microns) near an infectious person. Thus, they assumed that it was the exposure of the face, eyes and nose to large particles (greater than 5 microns) or ‘droplets’ that transmitted the respiratory condition to a person in close proximity to the host. This became known as “droplet infection”, and 5 microns or greater became established as the size of large particles and the traditional belief that such particles could, in theory, be trapped by a face mask. The early researchers concluded that since only large particles were detected near an infectious person, any small particles would be transmitted via air currents, dispersed over long distances, remain infective over time and might be inhaled by persons who never had any close contact with the host. This became known as ‘airborne transmission’ against which a face mask would be of little use.

Through the use of highly sensitive instruments it is now appreciated that the aerosols transmitted from the respiratory tract due to coughing, sneezing, talking, exhalation and certain medical and dental procedures produce respiratory particles that range from the very small (less than 5 microns) to the very large (greater than a 100 microns) and that all of these particles are capable of being inhaled by persons close to the source. This means that respiratory aerosols potentially contain bacteria averaging in size from 1-10 microns and viruses ranging in size from 0.004 to 0.1 microns.

Traditionally, face masks have been recommended to protect the mouth and nose from the “droplet” route of infection, presumably because they will prevent the inhalation of relatively large particles. Their efficacy must be re-examined in light of the fact that aerosols contain particles many times smaller than 5 microns.

This inefficacy has been recently confirmed in a laboratory study conducted by the Health and Safety Executive. Looking at influenza virus, which is a similar size to coronavirus, the researchers found live virus in the air behind all surgical masks tested. They tested masks on a human volunteer using an ‘inert aerosol challenge’ (a simulated sneeze), and on a breathing dummy head using a live virus aerosol challenge. The numbers of particles were reduced by a factor of two for the human volunteer, and six for the dummy head. It is safe to assume that surgical face masks are not very effective in reducing infection when infective aerosols may contain hundreds of thousands, if not millions, of tiny particles.

As Dr Hardie goes on to specify in his review:

Cloth or cotton gauze masks have been used since the late 19th century to protect sterile fields from spit and mucous generated by the wearer. A secondary function was to protect the mouth and nose of the wearer from the sprays and splashes of blood and body fluids created during surgery. As noted above, in the early 20th century masks were used to trap infectious ‘droplets’ expelled by the wearer thus possibly reducing disease transmission to others. Since the mid-20th century until to-day, face masks have been increasingly used for entirely the opposite function: that is to prevent the wearer from inhaling respiratory pathogens.

In 2015, Dr. Leonie Walker, Principal Researcher of the New Zealand Nurses Organization succinctly described — within a historical context — the inadequacies of face masks: “Health care workers have long relied heavily on surgical masks to provide protection against influenza and other infections. Yet there are no convincing scientific data that support the effectiveness of masks for respiratory protection. The masks we use are not designed for such purposes, and when tested, they have proved to vary widely in filtration capability, allowing penetration of aerosol particles ranging from 4% to 90%.”

In the same year, Dr. R. MacIntyre noted in a review conducted for the National Library of Medicine that randomized controlled trials of face masks failed to prove their efficacy. In August 2016, responding to a question on the protection from face masks the Canadian Centre for Occupational Health and Safety, replied:

In April, the World Health Organization itself announced that:

There is limited evidence that wearing a medical mask by healthy individuals in the households or among contacts of a sick patient, or among attendees of mass gatherings may be beneficial as a preventive measure. However, there is currently no evidence that wearing a mask (whether medical or other types) by healthy persons in the wider community setting, including universal community masking, can prevent them from infection with respiratory viruses, including COVID-19.

A few weeks ago, however, the WHO changed its advice to say “it advises that governments should encourage the general public to wear masks where there is widespread transmission and physical distancing is difficult, such as on public transport, in shops or in other confined or crowded environments.”

Unfortunately, this change in advice came not because of any advance in scientific knowledge, as one would expect from an international organization dedicated to upholding the values of Hippocrates, but because of intense political pressure. This astonishing scoop comes from Deborah Cohen, the medical correspondent of BBC2’s Newsnight. She revealed on Twitter that: “We had been told by various sources [that the] WHO committee reviewing the evidence had not backed masks but they recommended them due to political lobbying.” She said the BBC had then put this to the WHO, which did not deny it. An obscene example of the interests of state power quashing the scientific ethic.

Today, both our deeper knowledge of the size of bacterial and viral particles, as well as our better understanding of how viruses spread throughout a population, should force us to rethink whether covering our mouths and noses with a piece of damp cloth is an efficient way to prevent infections. In the face of this lack of solid scientific evidence, one may object that a little prevention is better than none. But when legal coercion is involved, and when political pressure is exerted in order to twist scientific findings, one is entitled to demand that our leaders justify their decisions before the public, and to wonder whether the nanny state is acting “for our own good.”