A provision to put down a bear that attacked hunters was fortunately denied. This occurrence has opened a debate on increasing species and hunting. 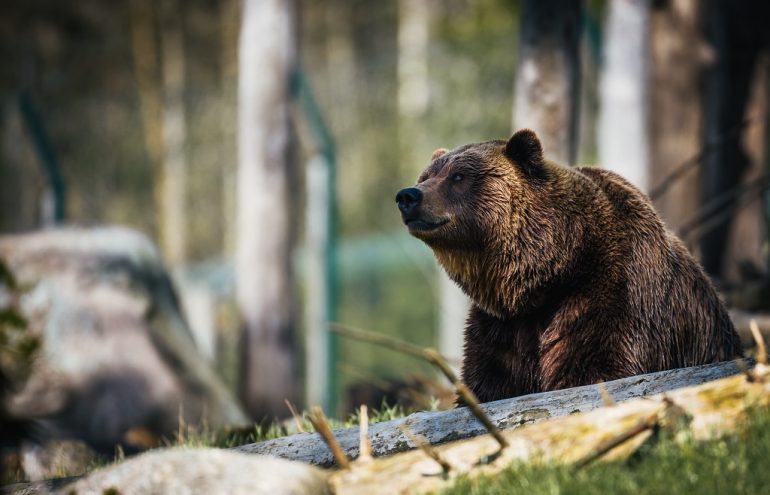 A provision to put down a bear that attacked hunters in Trentino was fortunately denied. This occurrence has opened a debate on increasing species and hunting.

Maurizio Fugatti, President of the Autonomous Province of Trento, signed an order to shot down the bear that recently attacked father and son who were hunting up Mount Peller. This is not the first time that Fugatti has made such a prompt decision in only 24 hours. Fortunately, the provision has been blocked thanks to the intervention of the regional administrative court, which accepted the request of the animal protection organizations LAV, WWF, LIPU, and LNDC.

At the central level, also the Minister of Environment, Sergio Costa, did not agree with the decision to bring down the bear named Gaia. Yet, in the last few years these dispositions have been common both to favor trophy hunting and to keep the population of certain species under control. It’s enought to say that even the coronavirus outbreak did not stop them.

In Italy, Law 157/92 defines the standards on invasive species and how to control them, stating that these are “a together of mammals and birds existing in a natural free state, permanently and temporarily, on the national territory.”

The law determines the exact list of species which can be and cannot be hunted. Each is decided at the regional level and, every year, a specific calendar is provided for hunters to know where, when, how, and which species they can hunt. All the latter must be agreed beforehand.

The Superior Institute for the Environmental Protection and Research (ISPRA) has the mission to collect and analyze the data on the indicative measures on hunting, as well as on changes in the population density of certain species, that each region must collect.

At the moment, 12 mammal species and 34 bird species can be hunted. Among the birds, 19 show a decreasing population density — meaning that the Law 157/92 should help protect them by forbidding hunters from killing them, alongside other limiting decisions.

In 2014, the European Parliament and the European Council adopted Regulation 1143/2014 defining the measures to prevent and manage the introduction and diffusion of invasive species — especially the exotic ones. In Italy, these measures culminated in a project called LIFEASAP carried out in cooperation with LegaAmbiente, the main Italian League for the protection of the environment.

I have to admit that my view on the matter would be taken badly by some because, as a declared animalist, I find hunting a practice to abolish tout court. This said, concerns about invasive species has been growing in Italy and in the rest of Europe, where the population of native species has actually decreased in certain cases due to the introduction of non-local, invasive ones. Therefore, something has to be done to control them. However, other measures could be applied that could help avoid killing certain species, which deserve to live regardless.

The impact of massive urban sprawl and climate change on natural areas has sparked many debates on how humans are consequently affecting the equilibrium of these animal populations.

Quite interestingly though, a 2019 report shows that, in Italy, the space occupied by forests is actually increasing, 66% of which being of public propriety. It still remains true that changes in the climate can lead invading species to move around.

The Italian bear, whose scientific name is Ursus arctos arctos, is mainly found in the protected national parks of Abruzzo, Lazio e Molise. This species, which in early 2000s was considered endangered, is now stable thanks to the introduction of other bears brought in from Slovenia to increase the population.

This method should help certain species to survive and, at the same time, rebalance those too strongly present — as wild boars, which caused too many problems to the point that the Lombardy region runs the hunting period year-round.

We can agree that, if the ecosystem is unbalanced, humans and animals cannot co-exist peacefully. Although I do not agree with hunting, I can comprehend the need of its practice in certain cases.

For sure, we require more responsibility and further culture on animal welfare. If hunters get attacked by other animals, it comes harder to feel sorry for someone who wanted to kill another being. Furthermore, the danger of hunting are known, so let’s place more energy to find sustainable ways to manage these increasing populations.

Italy has a strong present natural portfolio of forests and parks to be proud of, alongside the many species living in them. Humans do not always come first, and killing a living being because it was protecting its own home should be out of question.