Immuni: Does The Italian App Against Coronavirus Work?

After the coronavirus hit the country hard, the Italian Government has decided to come up with Immuni, a contact-tracing app to prevent future outbreaks. 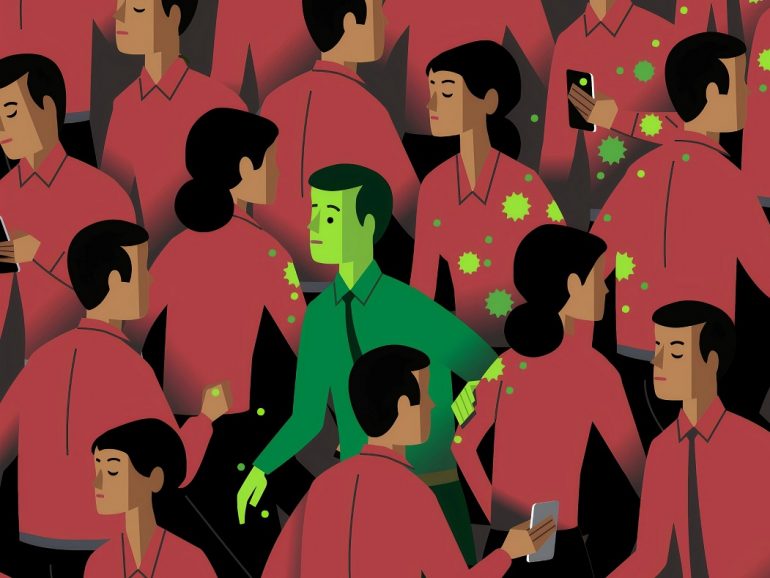 After the coronavirus hit the country hard, the Italian government decided to come up with Immuni, a contact-tracing app to prevent future outbreaks.

Immuni is a smartphone application whose goal is to inform users that have come into contact with people that have tested positive for the virus — even after the encounter. It was set in motion by the Milan-based company Bending Spoons, shortly after taking up the government’s call for contributions in March. But nothing of this could have happened without Apple and Google. The two technological behemoths have been cooperating to launch updates to adapt smartphones to contact tracing software. It is also worth highlighting that two public Italian companies, PagoPa and Sogei, will have a say in the project. The first, established to preside over digital payments concerning the public administration, will coordinate the outline. The latter, on the other hand, will be in charge of digital storage.

All in all, the app will abide by two main models: public and Italian managing authorities are the cornerstones of the project, as the COVID-19 Commissioner Domenico Arcuri told the press some weeks ago.

How does the application work?

Immuni is a user-friendly software and does not depend upon interaction. It only requires Bluetooth technology, just like wireless headphones.

Every day, Immuni randomly puts together an alphanumeric key that smartphones send forth for 15 minutes. After the key expires, Immuni provides for another code, so that it would be impossible to link smartphones to the cipher. The system very carefully follows all privacy and personal data laws and ensures that all information is appropriately anonymized.

Smartphones with Immuni that are within a certain distance to each other swap their codes using Bluetooth and register that information on the device. Therefore, your phone keeps track of the random alphanumeric codes of the other phones you have been near. Moreover, Immuni can track the distance between smartphones, which is a huge boost, since the closer people get, the more likely the virus spreads. The system uses no personal data whatsoever, including location. Immuni does not share the user’s position and just uses the information about proximity between devices.

Let’s imagine that two hypothetical users, Paolo and Francesca, sit together on a park bench. Each smartphone logs the random key of the other in their memory, keeping track of the meeting, its duration, and the distance between users. Days later, Paolo starts feeling ill and tests positive for COVID-19. With the validation of a healthcare operator, Paolo has the option to upload a cryptographic code to a server that gives out his random Immuni keys (remember his changes over time too). On the other hand, Francesca’s app links with the server, downloading cryptographic ciphers from infected users. Immuni crosschecks these keys to see if any keys match codes recorded in the past few days. If it does, the device notifies Francesca that a risky contact has occurred in her past, but without revealing where or when it occurred.

Are our data safe?

On June 15, the administration officially released Immuni on Google and Apple stores. So far, statistics indicate that only 8 in one hundred have downloaded the app, resulting in a huge flop. There are some reasons behind the failure though.

First, the Cabinet lacked transparency in giving reports on Immuni‘s development, causing many eyebrows to rise among the public. More open communication on the matter would have boosted confidence around the project. In a last-ditch effort to build a broad consensus among citizens, the government made documents, codes and files public.

Second, many people are worried about their privacy. Conspiracy theories concerning Immuni have ballooned in this period, thanks to the opposing parties, which were all but reliable. In particular, Giorgia Meloni, Brothers of Italy leader, stonewalled the Immuni project saying that “it is a business of personal data.”

The statement is misleading, for it is a fanciful story. Even the Italian Authority for Privacy green-lighted the application, since the data’s treatment is well within bounds. The double system of cryptograms and keys allows a tremendous level of data protection. Besides, the application safeguards personal info as the system’s backbone focuses on two public Italian companies, PagoPa and Sogei. There is no multinational corporation making big bucks on our data.

That’s why Immuni may pave the way to a contact-tracing system, whose focus is tracking infected citizens and their relationships. Similar to what happens in other countries, Immuni safeguards personal information and privacy. There is no point in claiming that Immuni steals people’s data. Instead, we should all download the app, since the more the users, the more effective Immuni is.