A Question Of Power: Women And The Mafia

Women have both inherited and seized power within the mafia in recent years, proving that they should never be underestimated. 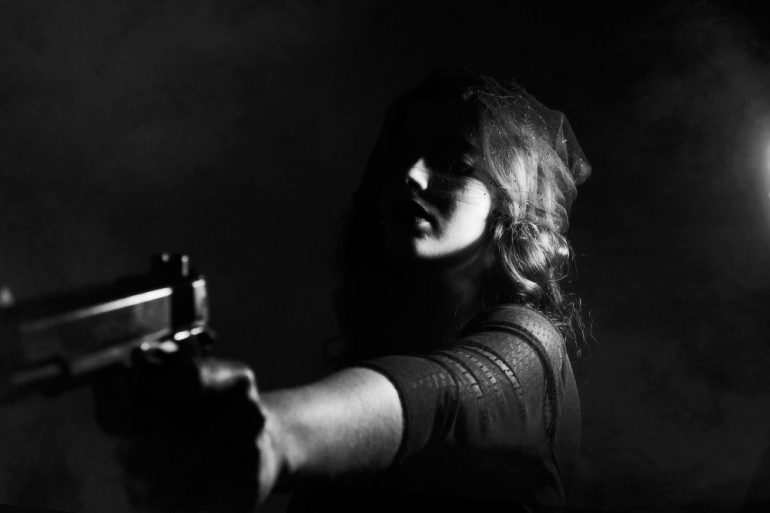 Why the role of women in the mafia is often understudied and underrepresented.

The role of women in the mafia is understudied and underrepresented. Because the mafia at its very roots perpetuates a patriarchal society, women involved in the organization tend to be overlooked and forgotten. Men historically are the leaders and women are the support, reflecting the traditional gender stereotypes of society at large. However, the evolution of these criminal organizations has transformed the roles and responsibilities of women. Power dynamics have shifted in response to the Italian government’s attempts at eradicating the mafia from society. Women have inherited and seized power in recent years, demonstrating that they should never be underestimated.

The mafia has a long and influential history on the island of Sicily. The territory has experienced many invasions throughout its history from which a profound tradition of clan culture evolved. The rival familial cosche or clans existed early on in Sicily and have maintained a stronghold on the island ever since. They were even utilized by the “fledgling government” of the newly established Kingdom of Italy in the 1870s and 80s, which only served to further legitimize the presence of these rival contingencies. These criminal organizations experienced increased government crackdown in the 1920s with the rise of Mussolini and his Fascist regime. He saw the mobs as a threat to his ideology and vision for Italy. However, there was a marked resurgence in 1950s postwar Italy with mob-funded construction work in Sicily. Over the years, the mafia has experienced changes in criminal activity and prevalence, but one aspect of the culture remained constant: male leadership. Traditionally, women raised the children and ran the household. They were given menial tasks to perform on rare occasions.

The 1970s ushered in changes for the mafia, particularly for the women involved. Narcotics and the drug trade became the new face of criminal organizations, such as, ‘Ndrangheta in Calabria and Cosa Nostra in Sicily. Simultaneously, the government became progressively aware of the issue and made increasing attempts at cracking down on mafia leaders and influentials. As more and more mafiosi were routed from society and imprisoned, more and more wives, sisters, and daughters stepped in to deliver messages, and sometimes, to even take over as temporary leaders of the clan. These shifts in power dynamics occurred in tandem with the women’s liberation movement throughout Italy and globally. Appropriately during this era, women in the mafia obtained more agency, autonomy and active participation, encouraging a reassessment of the woman’s place within the mob. Women, who had for so long been in the shadow of their husbands and clans, were suddenly invaluable assets.

This newfound female power did not come without its complications. Women stepped in as substitutes for their male counterparts but not necessarily as leaders in their own right. Women were still given instructions and commands from their husbands and male advisors. One example of this type of female leader was Maria Licciardi. She served as a proxy leader for her clan in the 1990s when her husband and both of her brothers were arrested. Managing the clan’s “prostitution, drug trafficking, cigarette smuggling, extortion and other rackets” Maria rose to power — but only at the absence of her brothers and husband. Mafia scholar and writer Ombretta Ingrascí notes that “the basic precondition for a woman to assume meaningful and operative power within the mafia clan” is the vacancy of a leadership position by a man. Thus, autonomy is never really achieved. Women experience what Ombretta calls “pseudo-emancipation” — a seeming sense of agency and power that, in reality, is still controlled by male influence.

When women involved in the mafia take power into their own hands, however, the situation becomes even more complicated. Rita Atria was a young woman who vehemently fought against the mafia after her father and brother were murdered in cold blood by members of their own clan. Her story is portrayed in Marco Amenta’s film La siciliana ribelle. Amenta shows how Rita’s life was influenced and impacted by the mafia. She was born into the organization and it becomes a fundamental part of her identity. However, as the film shows, she goes through a process of relearning which causes her to distrust members of her own clan and look instead to the Italian government and authorities for justice. She is unwillingly trapped within a corrupt system, and loses her family and allies when she attempts to escape from it. Though Rita is constantly mourning her own sense of autonomy and freedom, the film portrays her as an independent young woman on a mission for justice and liberation. Sadly, she becomes paranoid, and ultimately in desperation, takes her own life.

Rita’s plight laid the foundation for cases such as Lea Garofolo’s and campaigns such as Piera Aiello’s in recent years. To this day, the mafia is still dominated by men. However, women are redefining their roles when it comes to the organization – whether it is internally as an executive agent or on the outside fighting for justice. They can no longer be considered merely in the traditional sense as a wife or mother. Women have been thrust into the equation and may be forced to choose their allegiance — even if it poses a significant threat to their autonomy or safety.