A Silent Applause For The Italian Health System

During the pandemic, Italy's health system showed its true colors and the medical staff's unfair position. 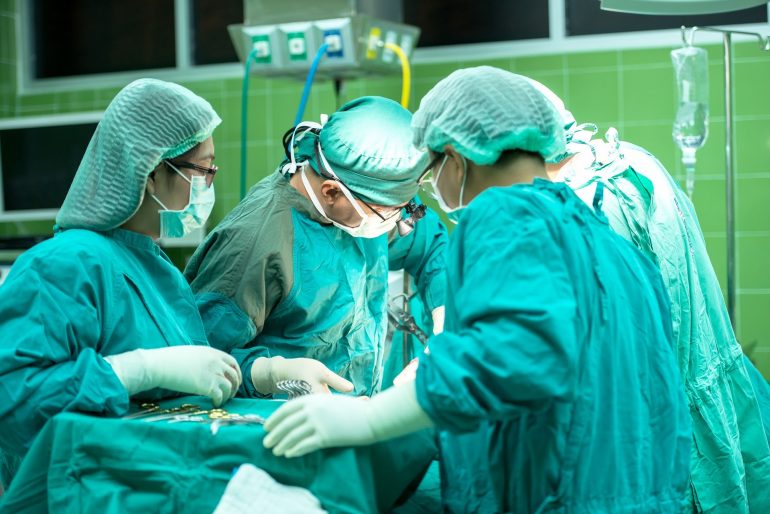 During the pandemic, Italy’s health system showed its true colors and the medical staff’s unfair position.

The pandemic made the world’s health systems struggle harder than ever before. However, as Italy’s Prime Minister Giuseppe Conte recently declared, “Italy’s national health system is outstanding.”

The results, indeed, are outstanding. The staff (over)working in hospitals — and other members of the medical world — demonstrated utmost dedication. But what about the system itself? Maybe, we need to reconsider the State’s healthcare policies.

The Sistema Sanitario Nazionale — the Italian NHS — was first established in 1978 with the aim of providing equal and necessary treatments to all members of the population without discrimination.

In fact, often this is not the case. During the peak of the pandemic, a reflection began on the importance of a stable and working health system. Pity that realizations about crucial national issues occur when the damage has already happened. We have seen this with climate change, politics, and now with the health system.

A research by GIMBE has found that, in the last 10 years, 37 billion euros were taken away from this sector, increasing spending on the private sector, which can provide sometimes better quality services, but often failing during emergencies. An emergency this year so extreme that the government experts had been alarmed that the situation could get totally out of hand to the point that, for a single patient accepted into an hospital, nine others would not make it.

Another report published in 2018 recorded an increase of 40% in recoveries outside of the patient’s region of residence, while the number of physicians — family doctors — per region have decreased. At the national level, there are on average 1,146 patients for a single doctor, compared to the 924 patients in the 80s. Similarly, the number of beds per patient available in hospitals and medical centers decreased. On the contrary, the same study showed that the number of beds available in the private sector increased, especially in the south, as more people have been moving north for treatments.

Quite rationally, if the system becomes overloaded because there is less money and less space to admit patients, the trend should show a decrease in the number of days under care. And that’s exactly what happened. We could say this is because the medical field has observed immense progress, but it could even be that — considering safety procedures — the public institution tries to get rid of a patient in the quckest way possible to allow for another patient to take over.

About the Covid crisis

The report published by the Italian government highlighted that the measures of containment helped keep the number of infected people in continuous decrease. But what about the working conditions of our doctors and nurses?

The 6 pm applause has now ended, as well as the lockdown measures, so we wonder if the state of our health system can now actually improve. In 2018, doctors and nurses had already protested to increase their salaries while keeping their working hours the same. Nonetheless, a nurse gets paid, at the highest position available, around 1,900€ a month for 36 hours of work a week.

In Europe the lowest paid doctors are Romanians (816€/month), while in Luxembourg they get paid more than 4000€ per month. Italy, being a country with an even number of doctors leaving the country to work in another EU member state after Romania, Greece, and Germany, sends most of its applicants to the United Kingdom.

Even outside the country there is clearly an issue with healthcare — especially if we think that people like doctors, nurses, and other specialists are meant to be there to save lives. This pandemic has pressured the already overwhelmed systems and led our governments — hopefully — to note down the necessary improvements.

What is certain is that the public system — equal treatment and access to all, I repeat — is a massive and major necessity. Dying of an illness because a human life could not be saved, although all treatments were considered, is one thing. Dying of an illness, even a minor one like the flu, because you could not access the basic treatments, is another one. And, at least to date, Italy can provide such services, compared to countries like the US.

We should always thank and reward the medical personnel, because they often work even though it is not worth it. These people have themselves and a family to support, and yet, even in the worst of circumstances, they continue to operate. Conte has recently awarded the health task forces for their incredible work during these tragic months and has set to dedicate more funds to the health system. We will look forward to seeing improvements, since we cannot underestimate crucial sectors like healthcare anymore. Sadly, we needed this emergency to understand it.