The Genius of Covid-19

No single entity produced by humans has ever had such a profound effect on Italy and Italians in such a short time as has Covid-19. 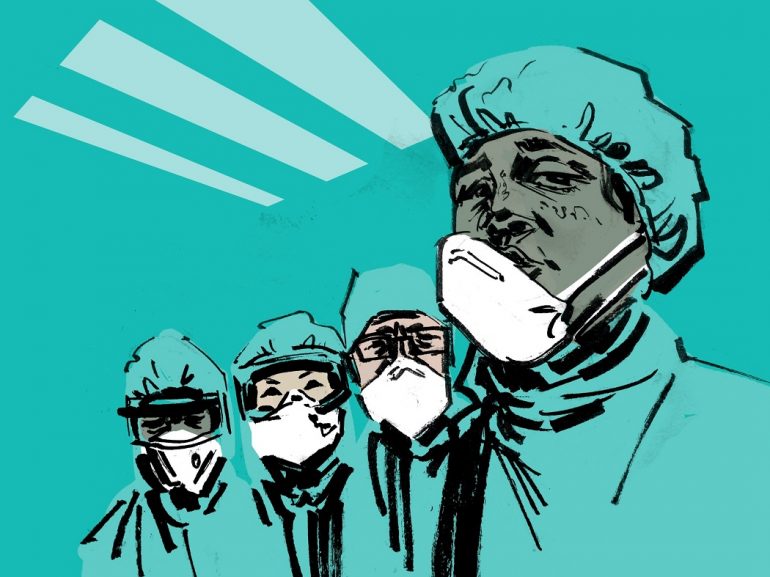 No single entity produced by humans has ever had such a profound effect on Italy and Italians in such a short time as has Covid-19.

The word ‘genius’ is often trivialized, so I was reluctant to use it in the title of this article, but I think there is a real case to be made with respect to Covid-19. You may wonder how a virus could be described as ingenious, so let me lay out my argument.

I first present a basic definition: genius — exceptional intellectual or creative power or other natural ability. I like this description not only because it is simple and direct, but also because it is broadly inclusive. I particularly like the last two words: natural ability. So one can be a genius in dance as well as in physics, with the first field depending more on physical ability and the second more on abstract thinking. It is in this natural ability that I find viruses such as Covid-19, or any microscopic parasite, to be ingenious.

Let’s take a look at some facts. The World Health Organization officially recognized the existence in China of a novel coronavirus, Covid-19, on 31 December 2019. In less than six months from that date, the virus has spread throughout the globe, infecting nearly 8 million people and causing nearly 500,000 deaths in 188 countries. In six months, the virus has crushed economies, transformed institutions, and muted social life. I do not want to ignore the suffering and death of so many people, but I do want to acknowledge the genius of the virus that caused them in one key ability: transmission.

Nothing in the history of human technological development comes close to achieving this rate of diffusion: not the printing press, not the locomotive, not the automobile, not the airplane, not the radio, not the television, not the internet. In addition to being widely diffused, the virus is also thoroughly saturated, at least with respect to the effects of its agency. By infiltrating the smallest scale of social organization, the body, the virus becomes highly mobile and finely regulated, and is therefore capable of exhaustively impregnating every scale at which it has a presence: the house, the street, the neighborhood, the city, the county, the state, the region, the nation, the continent, the hemisphere, the globe. At each of these scales of human activity and organization, individuals and institutions have had to respond to changes and threats that the virus has catalyzed.

The virus achieves such impressive feats of distribution and transformation not only by infiltrating the human body, but also by accessing the mobility of even smaller entities, such as particles of pollution or droplets of fluid that are exhaled in human breath. These smaller scale interactions might seem like mere accidents of physics, the consequences of the stochastic movement of inanimate entities that crash, collide and combine with each other without intention. It is conceivable, however, that chaotic patterns of mobility nevertheless provide consistent environmental feedback that has shaped and continues to shape the development and spread of the virus over time.

Scientists continue to learn how Covid-19 moves so efficiently, and a consideration of how other parasites carry out their agendas is instructive. For example, some funguses, such as Ophiocordyceps unilateralis, which dedicates its attention to a particular species of ant, insert themselves into the bodies of insects that they then use as vectors to increase their range of mobility and their extension of habitat. Unlike the viruses that hitch a ride on less conscious particles, which carry them on more or less random paths, the parasites that use living beings for transport actually steer their movement by taking control of their brains, forcing a fly, in one case, to climb to the highest branch of a plant before the fungus emerges as a stalk that erupts out of the fly’s back and releases its spores, after attaining the highest and most advantageous point of dispersal, to make the best use of wind currents for maximum drift.

The human analog to the zombie ant or fly is the coughing human. The cough that Covid-19 produces plays a deliberate and decisive role in the transmission of the virus. Like the virus that makes the ant climb to the highest point of dispersion available within its habitat, the virus that makes human beings cough relies upon an evolved strategy of transmission and dispersion to project its agency. It is not an accident that Covid-19 is a respiratory virus that infects the lower rather the the upper respiratory system of humans, in the lungs rather than the sinuses, and thus inducing a cough rather than a sneeze as its mobilizing reaction, as well as colonizing in a more central and vulnerable part of the body. A virus cannot move itself; it has to enlist the help of other entities to do its moving for it, through reactive behavior that the it catalyzes in order to find its most advantageous position within its host.

The virus gains advantage in other ways as well. Beyond these material forms of activity, it operates also in a psychological register, making its agency even more powerful. Because microscopic parasites are invisible to the human eye, they attain a mercurial quality that induces a disarming sense of calm as well as a degree of anxiety in a potential host, here one minute, gone the next, or so it seems. The problem with being a lion is that despite your feline stealth, you will eventually be noticed by your prey. Fortunately, if you are a lion, your prey will forget you exist after a few minutes, even if you just killed a fellow herd member, so there is little if any lasting psychological terror that remains among the population. If you are a parasite that targets humans, however, you are not so lucky because humans remember. So your microscopic invisibility is essential, and it works to your advantage in two ways: by both increasing and decreasing the sense of security that is felt by your hosts. A basal calm allows your unseen entry; the visible effects of your otherwise invisible agency induce a reactive panic that wears down the protective resolve of your hosts, a phenomenon that is known as ‘quarantine fatigue’.

This quality of being largely unknown and not easily discoverable generates a mystery that flows out of any known form of the virus, filling in any gaps, seeping like a fog over every scale of activity. Compared to the super natural diffusive powers of the virus, our technologies of detection and defense are primitive, cumbersome and weak. The best we can muster against a tiny and simple bit of genetic material is billions of wooden sticks topped with pieces of cotton that are then inserted one by one into the same number of nasal passages; the deployment of thousands of tanks that spray fans of chlorinated disinfectant over broad swaths of public space that may or may not harbor the virus; or the production and distribution of millions of masks to cover the face, the most sensitive and easily irritated part of the human body. These complicated and clumsy efforts cause enormous drains on the economies of cities and nations. Global entities, formed of teams of scientists and powered by expansive corporate structures, scramble to marshal astronomical sums of money to devise vaccines that are powerful enough to counteract the effect of a single stand of RNA, a nanosized piece of protein wrapped in a lipid layer.

Ironically, we may in the end come to thank this tiny tyrant, to be grateful for its super natural ability. Who was finally able to institute a more sane and sustainable form of tourism in Venice? Covid-19. Who stemmed the flow of steaming hoards into the Sistine Chapel? Covid-19. Who allowed the grass to grow again among the paving stones of Piazza Navona? Covid-19. Who allowed the citizens of every Italian town and city to once again experience the invigoration of fresh air and the tranquility of quiet streets? Covid-19. No single entity produced by humans has ever had such a profound effect on Italy and Italians in such a short time: not the words spoken by philosophers and politicians, not the ideas and incentives offered by economists, not the ordered grids of planners, not the skillful moves of athletes, the master strokes of artists, the stirring trills of musicians, not the elegant lines of architects.