Preparing For A Cutting-Edge, Technological Future

Big tech companies have been plowing billions of Euros into Italy — and many others are coming soon. 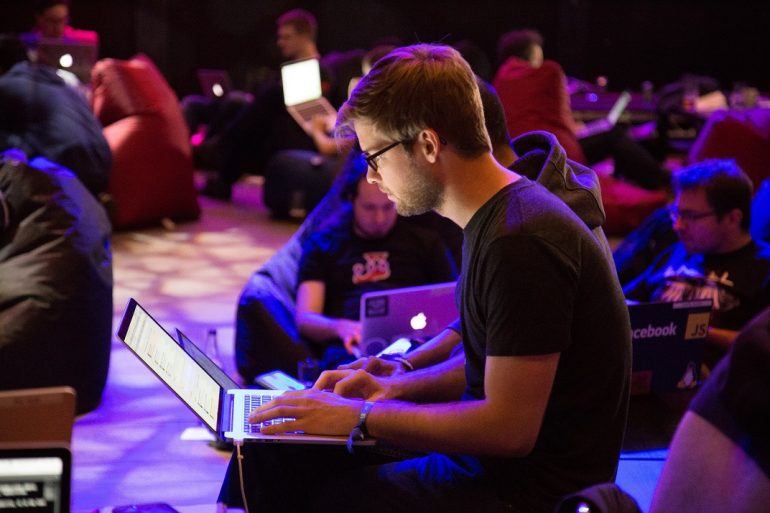 Big tech companies have been plowing billions of Euros into Italy — and many others are coming soon.

A survey by the European Commission on the digital economy depicts a gloomy scenario. According to 2019 data, Italy is one of the worst countries when it comes to the New Economy, which is about being technological, placing itself in 24th place, out of 27 in Europe. On the other hand, we should not sneeze at that disheartening standing, since Italy was 25th in 2018. Bulgaria, Romania, Greece, and Poland got the bottom places.

Interestingly, although the country is only slowly boosting itself towards a modern economy, investments by big tech companies are dramatically ramping up.

Apple is looking for talent in Italy

Although Italians generally lack digital skills, Apple decided to usher in its first European Developer Academy in Naples. Surprisingly, CEO Tim Cook decided to start from scratch in one of the poorest regions in Europe. for his Developer Academy, focused on skills for app and other technological development.

The Academy got the ball rolling in 2017 at the Federico II University in Naples, where it hosts hundreds of students from European and even African countries. That situation may seem a little strange, as it turns out that more than 150,000 students from southern Italy move to the North every year, looking for better education opportunities.

In a bid to prevent a gloomy situation, European funds restored an old tomato sauce factory to currently host the Academy. It represents a turning point for Naples, as it puts the city back on (flimsy) rails. The Academy will improve students’ digital skills and let Italians’ creative juices flow.

Italy is the battleground for Chinese juggernauts

China is eager to increase tremendous technological investments in Italy. A material factor in the decision-making process is the strategic position of the Italian peninsula. That geographical feature puts on stark display that Italy finds itself amid Western and Eastern countries. China wants to make big bucks investing in Italy and benefit from that key location. Last year, Italy joined the Chinese ‘One belt, one road’ project, a new ‘Silk Road’ linking China and Europe. The Chinese government put forward a staggering €20 billion investment in Italy, causing some eyebrows to rise among Western countries.

And more Chinese money might be coming down the pipeline. Huawei is ready to invest €3 billion, providing profitable employment opportunities for 3,000 people. The Chinese steamroller is focusing on artificial intelligence and the mobile 5G network, boosting investments regardless of the coronavirus breakout. After paving the way for the first research lab for smart cities in Sardinia, Huawei is ready to assert its leadership in Italy.

A similar scenario will play out for Xiaomi. While Huawei is zeroing in on digital infrastructure, the Chinese younger brother aims to connect modern appliances to the World Wide Web. Xiaomi intends to carry the Internet of Things to Italian houses. After their share of smartphone sales has ballooned by 306% last year in Italy, there is no doubt that the company will over-achieve its targets. And their plan to invest in the country means that they are placing big bets on the national market and the success of technological advances and acceptance in Italy.

Amazon CEO Jeff Bezos and his businesses in Italy

Although Chinese companies are thriving in Italy, Amazon still has the lion’s share.

Data shows that Jeff Bezos’ creation employs roughly 7,000 workers in Italy and more than 30,000 jobs in satellite activities. From 2010 to 2018, the firm put money in infrastructure, warehouses, and offices. On top of that, Amazon’s workforce swelled by 25% in the last year.

We should neither underestimate that the Seattle behemoth has just bolstered its presence in Italy. New headquarters for Amazon Web Services has opened in Milan, providing technology that improves digital transition. From startups to large corporations, from public administrations to NGOs, people will reap benefits from Amazon in improving their digitization process.

Furthermore, it is worth highlighting Jeff Bezos’ interest in food delivery. His $575 million investment in Deliveroo, one of the leaders in the market, has been underappreciated. Thanks to the takeover, Bezos expanded his business in a bloating market. Italy represents a bonanza for Deliveroo since orders increased by 100% in 2018, while the number of cities reached went from 34 to 154 (+353%). Due to the upward trend, the company kick-started a €25 million plan to expand employment up to 5,900 workers, with a €130 million impact on the Italian economy.

Forcing Italy to open up its attitude

It is as clear as the sky is blue that globalization is urging Italy to move with the changing times. For many years, politics had been motionless, making the country lose ground against other virtuous economies. After a long period of stagnation, big tech companies are asking Italians to blaze a trail to a New Economy that should not wait any longer.