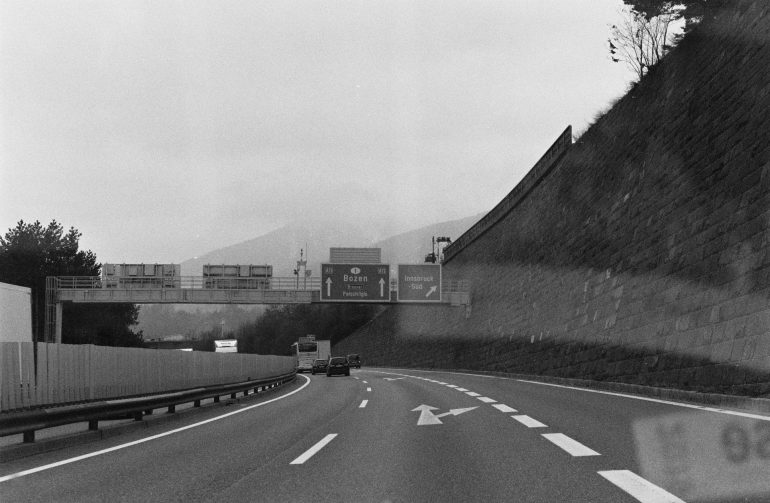 Now that the lockdown malaise is gradually becoming an unpleasant memory, we are slowly getting used to living again a life similar to how it was before the coronavirus pandemic. However, this is not just the time to enjoy and appreciate the newly found freedom — if we ever lost it at all, as we explored last month in this article about the lockdown and the notion of freedom.

This is also the moment when Italy should analyze with a cool head the events of the past months, as well as explore our actions and our neighbors’ reactions, in order to resume our daily life with the full awareness of what happened not only in Italy, but also around us.

Last month we published another article analyzing the European Union’s response to coronavirus and how the EU has helped Italy with regard to this unprecedented pandemic in a number of fields and sectors.

However, the spread of coronavirus especially in Lombardy has caused the adoption of a series of restrictive measures in the countries sharing their borders with Italy, namely Austria, Switzerland, France, and Slovenia. Those nations have had dissimilar experiences regarding the spread of the virus, which has of course influenced their initiatives in terms of border management.

France, on the other hand, shared an experience similar to Italy in dealing with the pandemic, as its number of people tested positive to coronavirus has been to date 189,220. Finally, Slovenia, with a population of just 2 million people, faced a comparatively easy time during the coronavirus crisis in terms of numbers, with only 1,473 cases registered. All data have been retrieved from the worldometers website and refer to the number of cases registered at the beginning of June.

That being said, it must be taken into consideration the fact that the countries’ responses to the tragic situation happening in Italy from March onwards partially depended also on their previous attitude towards their neighbors, regardless of the threat of the coronavirus pandemic.

For instance, Austria has always had quite strict and protectionist policies when it comes to protecting its border with Italy. Led by Sebastian Kurz, the conservative Chancellor and Chairman of the Christian democratic Österreichische Volkspartei, or ÖVP (in English the Austrian People’s Party), the Austrian government decided on numerous occasions between 2016 and 2018 to completely close its main connection with Italy, the Brenner Pass, in an attempt to prevent migrants and asylum seekers from entering the country. This maneuver had the aim to “protect Europe’s southern borders,” as Kurz phrased it, prompting journalists and the European population to talk about a Schengen crisis.

In March 2020, in an effort to prevent the coronavirus pandemic from spreading further, Wien’s measures have been consistent with its past government actions, as their borders have been closed to Italians, apart from some rare exceptions.

Now that many countries in Europe are lifting or easing restrictions, Austria has announced that the next stage of its border policies, as the number of people infected is decreasing, will be to “allow cross-border travel to neighboring countries with comparable good results as Austria.” For example, the opening of the border with Germany has been announced for June 15.

Nonetheless, for the time being, international travel is still pretty limited or not possible at all, despite the restrictions have been in place until May 31. As it is explained in the official Austrian travel portal Austria.info: “Austria is currently in a phase of gradual re-opening. For most countries, cross-border travel is still strongly discouraged or impossible.”

Interestingly enough, already on March 10 Austria had banned people from entering the country from Italy unless they carry a medical certificate, in a preventive measure to stop the coronavirus from spreading. Kurz said on the matter that Austrians returning from Italy would have to self-isolate for two weeks, not long after South Tyrol, in common with the rest of Italy, had already closed all cultural centers and restricted access to bars and cafes.

On top of banning Italians from entering the country, Austrians in Italy were quickly repatriated, while five mobile teams began health checks on the Brenner Pass and two other routes between the two countries at the beginning of March.

Actions in support of Italy

Despite these strict procedures, Austria has also helped Italy during the moment of crisis. According to the European Commission, 11 intensive care patients from Italy were taken care of in Austrian hospitals.

This action prompted the Austrian authorities to state that, “given the great drama of the situation, this is only a small contribution, but it is symbolically important that we support Europe.”

Moreover, Austria has delivered over 3,360 liters of medical disinfectant to Italy through the European Commission’s EU Civil Protection Mechanism, which is an instrument established in 2001 to improve the EU response to natural and man-made disasters inside and outside Europe.

It wasn’t only Austria to send medical material to Italy in the spirit of European solidarity. Despite their own difficulties in dealing with the virus, France decided to donate 1 million masks to Italy and 20,000 protective suits, thus showing support to the Italian crippled health system in this unprecedented time.

As regards Slovenia, on May 10 Marjan Sarec, Prime Minister and Leader of the social-liberal Lista Marjana Šarca Party, in an eloquent but controversial statement said that, just like Austria, Slovenia would close its western border as “nobody in Italy should be traveling abroad, but since nobody is obeying that order, we decided to take measures.”

Similarly, Switzerland and France were quick to decide to close their borders with Italy. Sadly though, given the high number of people who tested positive to coronavirus in those two countries, it does not seem that the measures adopted have been successful.

Over the last few months, Italy has seen solidarity in action, with communities finding solutions together to go through a moment of unprecedented crisis in many different and creative ways, by volunteering in various sectors and especially to help elderly and sick people. The majority of the population stayed away from parents and grandparents to keep them safe, avoiding meeting relatives and beloved ones for as much time as possible. Without even mentioning healthcare professionals, supermarket cashiers, and those working in emergency services, who have been in the front lines of this struggle with great risk for their own health.

2020 could be the year to finally placate the acrimonies and be united in facing this pandemic — and even more importantly its consequences — in an effort to endure this together and overcome all issues as a true Union.