About The Digitalization Of Italy’s School System

It could be argued that the digitalization of Italy's schools during the pandemic was certainly needed. But what about its implications? 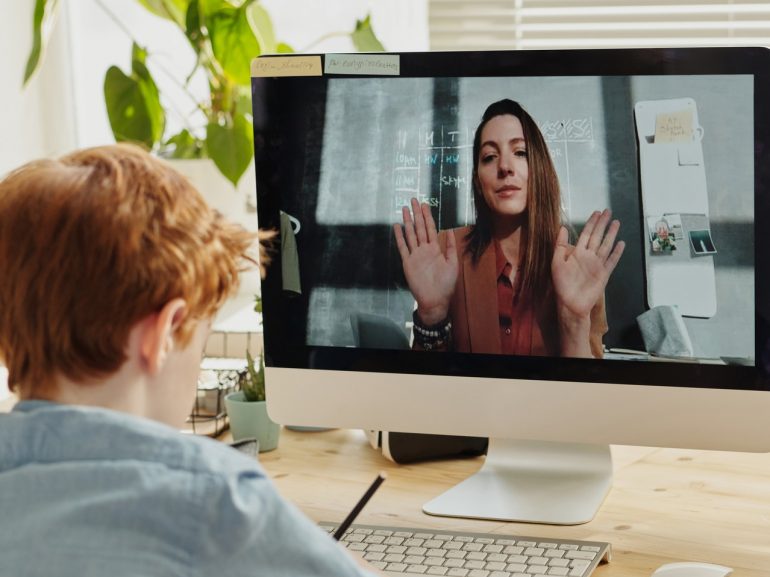 It could be argued that the digitalization of Italy’s schools during the pandemic was certainly needed. But what about its implications?

On March 9, the Italian government has ordered the nation-wide closure of all schools and universities in a bid to slow down the spread of coronavirus. The move has affected the lives of pupils, teachers and principals, and has also had quite an impact on all the non-academic staff working in schools, and, last but not least, on the families.

In a very short period of time, the teaching-learning method has been completely disrupted and replaced with the so-called didattica a distanza (DAD), ‘distance learning’.

This approach has led to the sudden digitalization of the Italian school system. However, even though many welcomed the transformation and its potential, I believe it’s important to point out and clarify a series of implications linked to this new form of schooling.

Distance learning in Italy: everything you need to know

After almost two weeks of confusion and uncertainty, during which the majority of academic institutions have been unable to activate online classes, the Minister of Education Lucia Azzolina and the Cura Italia decree issued on March 17 re-shaped the future of Italy’s education.

The newspaper stresses that the distribution of funds among the country’s schools has been based on defined criteria, including income levels and results of the Programme for International Student Assessment.

As Brish journalist Tobias Jones explains in his article on The Guardian as well as in the Italian version on the Internazionale: “The attempt by many teachers to get less-privileged students the necessary laptops and internet connections is one of the untold stories of this crisis.”

For example, a teacher from Castel San Giorgio, a town in the southern province of Salerno, told me that the local school has lent to its students 30 computers during the school’s closure period. However, the sad point is that some families did not apply for the loan out of shame.

In this regard, the government’s decision to make schools go digital takes on a crucial meaning, especially if we take into account some important data: according to the 2019 Digital Economy and Society Index (DESI), which keeps track of the evolution of European Union member states in digital performance and competitiveness, Italy ranks 24th out of 28 countries surveyed.

The leading nations are Finland, Sweden and the Netherlands. Moreover, these figures by the Italian National Institute of Statistics (ISTAT) reveal that only 74.7% of Italian families have access to the internet.

Another ISTAT report shows that, between 2018 and 2019, 33.8% of households did not have a computer or a tablet, and only 22.2% of them had one computer per family member. Looking at the data concerning the 6-17-year-old age group, which is made up of individuals attending school, 12.3% of them do not have computers or tablets, 57% are forced to share devices and only 6.2% have their own PC.

Furthermore, the Ministry of Education has set up on its official website a dedicated area collecting all there is to know about distance learning — including where to find platforms and contents, as well as assistance tools for people with disabilities.

Generally speaking, distance learning has been implemented in different ways, varying from school to school, and has relied heavily on the creativity and initiative of both teachers and students. In countless instances, virtual classrooms were created online and a certain amount of classes have been guaranteed throughout the weeks, despite attending has never been made compulsory neither for teachers nor students.

But because of such a variable, that is, the lack of mandatory classes to be held and followed online, the final result cannot be evaluated uniformly throughout the country.

What is certain is that for the schools that had already developed access to digital platforms and content, and had a digital-savvy — if you will — staff, the shift was easier than for others. In addition to this, it is important to remember that across the various degrees of education, from kindergarten to high school to university, the needs and possibilities vary widely.

As successful and creative examples have emerged while the transformation kicked in, so did some issues: the COVID-19 emergency has shed light on the inequalities as well as the structural problems of the Italian school system.

According to an OECD study, the annual expenditure for each student in Italy is 8,955 dollars compared to 11,028 dollars spent by the United Kingdom or 11,502 spent by Sweden. The report reads the following: “Italy spends about 3.6% of its GDP on primary to tertiary education, below the OECD average of 5% and one of the lowest levels of expenditure among OECD countries.”

Teachers are on average older than those working in other countries as “Italy has the largest share of teachers over the age of 50 across OECD countries (59%).” Digital skills are therefore often lacking. Even pupils between the age of 6 and 17 show high digital skills only in 30.2% of cases, whereas 34% of them possesses low skills, as the previously mentioned research by ISTAT noted.

The consequence of all these conditions is a concerning one: it has been calculated that almost 20% of the students have not been able to attend online classes.

The school year is currently coming to an end with many pupils, especially seniors or maturandi, finding themselves finishing the academic calendar in a somewhat special and even debated way. However, the issue around the management of the reopening of educational facilities in September remains highly controversial.

Socio-cultural aspects play also a key role in decision-making processes surrounding the matter: multigenerational families are very common in Italy, as 15% of the elderly are part of the same household as their grandchildren or live in the same building. Such family structure could increase the probability of students becoming a vehicle for the spread and transmission of coronavirus — and this concern is what makes school reopenings a very sensitive issue.

So who or what will save the day? Several options remain on the table. One of those is to split up classes so that half of the pupils will follow their lessons physically and the other half will do so remotely from home.

A lot of questions still need to be answered: how will rooms, hallways and gyms be adequately sanitized? How will social distancing be enforced, especially in nursery and primary schools? How will the flow of students be managed during their entrance and exit from school buildings in order to avoid mass gatherings?

All over the country in the last weeks, the climate of uncertainty along with the lack of response by the government has ignited a wave of protests led by the public initiative ‘Priorità alla scuola’, ‘Priority to the school’, which is demanding that schools should reopen in September.

Although demonstrators agree with the process of digitalization of the Italian school system and the benefits it brings to the education of millions of pupils, they still voice that teaching and learning must be done in person. Their motto “School is not a screen” sums up their stance quite clearly.

Sure, distance learning might work as an emergency measure but, as protesters emphasized, emergency solutions should not become the new normal.