Italian Mosquitoes: Can We Talk?

I’ve been bitten in Alaska, where the mosquitoes are so big that residents refer to them as the state bird, but nowhere have I suffered as I have in Italy. 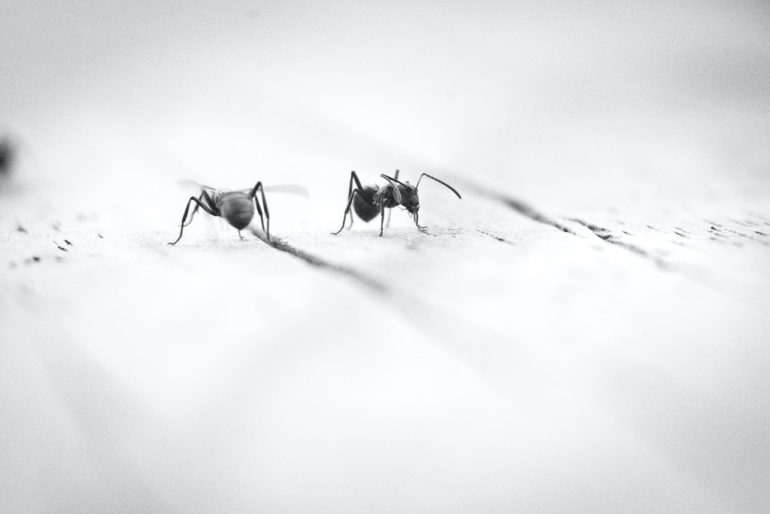 I’ve been bitten in Alaska, where the mosquitoes are so big that residents refer to them as the state bird, but nowhere have I suffered as I have in Italy

Have you ever seen a mosquito map of Italy? I am not sure one exists as such, but if it did, it would show a distribution of several species covering the entire peninsula and its islands, except for the higher mountain elevations in the Alps, the Dolomites and the Apennines, as well as the volcanoes. The arc that extends from Veneto to Friuli-Venezia Giulia to Istria seems especially bad, but Tuscany is murder also, as is Sicily. More important than geography, however, is time with the summer being the season when mosquitoes make their bloody entrance.

More important than the mere presence of mosquitoes in Italy is their lethality. I know that they no longer carry the malaria virus — that really was lethal. I suppose what I mean is how vicious their attacks can be, both in the severity of their bites as well as their number. I’ve been bitten in Alaska (where the mosquitoes are so big that residents refer to them as the state bird) and I have been bitten in Haiti (they leave a tiny welt that goes away in an hour or so), but nowhere have I suffered as I have in Italy. (Please note that out of laziness I am including Istria when I speak of Italy. Sorry Croatia, I know you have reason to object, but mosquitoes do not respect state borders).

I am speaking of a surgical level of penetration here. I am convinced that on a number of occasions, my happy assassins have hit bone, and I have little doubt that they actually managed to drill a hole through my foot, from dorsum to plenum, at least once. On other occasions, they swarmed my hands and feet while I slept, to leave me lumpy, swollen and disfigured. And the damage only increased as time went by, hours becoming days becoming weeks becoming months, as their toxic analgesic did quite the opposite well after they had removed their evil proboscises, and well after they had extracted their bloody booty. The itch travelled through the skin and touched subcutaneous nerve endings, even sandpapering my soul on numerous memorable occasions. Huge hot welts generated buckets of effluvia, forming hard, red, suppurating mounds that rose like burning coals on my skin. The bites were so numerous that they clustered together, aggregating into one big bite over time, that with the compound swelling eventually caused the entire back of my hand to transmogrify into something resembling a half of an orange. Movement was impaired; dexterity was erased; gingerliness stifled, nullified, bound.

They never seem to attack my face. I have seen children, a favorite target of these evil creatures, who have had their eyelids swollen shut by one or two poisonous bites, their lips ballooned to comic proportions, the clean lines of their little noses distorted beyond recognition. But with me they seem exclusively interested in my hands and feet.

A summer in Rome was spent in an internet center, where the kind immigrant Indian owners would pass me an enormous can of what appeared to be DDT so that I could chase away the tigers that were attacking me below the tables. I imagine that they merely took a little ride on the aerosol stream that issued from the can, treating it all as a game, hardly affected by the toxic nature of the spray. When I went home I would lie on my bed and count the bites, able to place each one of them on the timeline documented by my receipt.

Another summer in Pisa, again in a computer lab, my feet were la pièce de résistance, le plat du jour. Mosquitoes must have made a quantum evolutionary leap with the appearance of the personal computer, probably the only piece of technology that was so compelling and absorbing of human awareness and attention as to render their activities unnoticeable. Even the transfixing glare of the television, the square faced demon as a Vietnamese acquaintance of mine once referred to it, would leave the viewer with enough bandwidth to take at least a half hearted swipe at a two winged viper. But not the computer. A band of mosquitoes could saw my feet off, and nearly have, while I searched for just about anything, even a map of mosquito distribution in Italy, even a diagram of mosquito anatomy, even a list of mosquito species. They have infiltrated their own allied territory. It is wheels within wheels. They are everywhere.

They, the mosquito experts, say it all has to do with water, that the natural range of a mosquito is no more than a few yards, so any one that bites you in your own home is garden grown. Empty the upside down frisbees, they say, drain the hose bucket, sop up the spills, squeegee your windshield, blow dry your tire treads. Any bit of water is enough to give them a place to lay their eggs and breed their evil spawn. But I suffered some of my worst bites in the center of Sicily, long after a drought. This was not the humid plane of Padania, or the moist nook of the Adriatic, or elegant Pisa on the felicitous Arno. This was Agira, in the hot bluff dry center, all packed earth and burnt shaft, with nary a drop of water in sight. And yet they came, in the middle of the night, with their long articulated legs and translucent wings, their whir as terrifying as the whistle of a VB-6 Felix. That last comparison is not bad, for mosquitoes are heat seeking entities and all the more deadly for it.

Evil? Deadly? Where is my compassion, my equanimity, my sense of modesty and fair play? Do not mosquitoes also deserve to carry out their lives as nature has designed them? All the little darlings want is a little blood so that they can go off and make more babies (remember it is only the female who bites you). Surely I can give them a drop of my blood so that they, and thousands of their kin, can lead happy and productive lives. I would be fine with it, truly. I just wish they would ask me first if I wanted the painkiller that came before the injection. This is what does the damage. It is no wonder that anesthesiologists are paid more than surgeons; it is the numbing not the cutting that you must get right. Really, all I ask is a little cooperation and communication. Surely we can come to some kind of compromise before the summer.