The Case Of Animals’ Right To Fly

In Mexico, 200 Italians meant to return back home after the borders were closed due to the pandemic, were left to choose whether to board a flight, but without their pet animal. 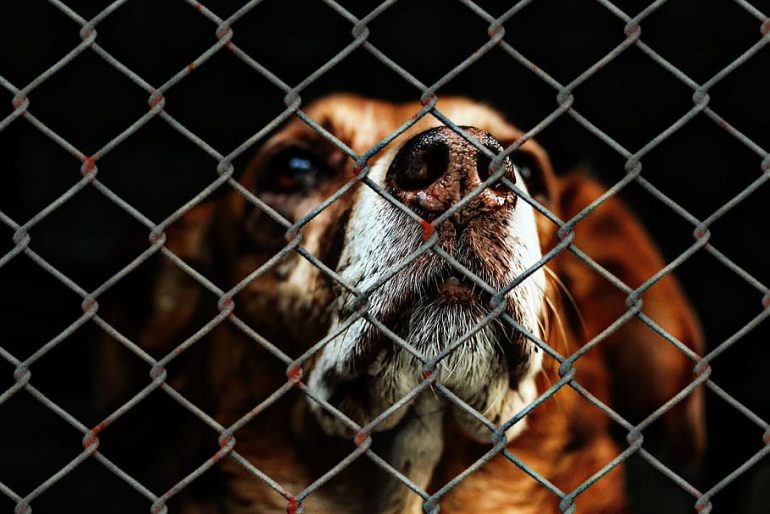 In Mexico, 200 Italians meant to return back home after the borders were closed due to the pandemic, were left to choose whether to board a flight, but without their pet animal

A scary tale with a light-hearted ending. These past few weeks, with the pandemic restrictions loosening, 200 Italian citizens were stuck in Cancun, Mexico first because of the virus, but then because two Italian airline companies, Blue Panorama and Neos, forbade their animals to get onto the plane back to Italy.

Quite interestingly, the Facebook group Italians in Mexico spoke of how the Italian government was not involved in planning the flight back, but rather it was up to Blue Panorama airline.

From the left-wing Democratic Party (PD), Patrizia Prestipino deposited a report to the Ministry of International Affairs, known as the Farnesina, expressing the need to help these Italians. She also asked the Minister of Transportation, Salvatore Margiotta, to intervene in some way to return them home. The main point of communication between the stranded citizens and politicians was the national Italian charity, Animalisti Italiani (Italian Animalists).

Animalisti Italiani is a charity that operates loudly to safeguard animals of all kinds throughout the entire territory at a political and practical level, with events, awareness campaigns, or as in this case, to support the right of animals, and their owners, to travel back to Italy.

Prestipino initially declared this refusal to board the pets “unacceptable” and that it was like leaving behind a family member. Furthermore, she underlined that in Rome many shelters had emptied because during this pandemic all animals had been adopted. “Dogs and cats are therapeutic,” she declared.

Respect animals for their existence, not their use

I do believe it should not be necessary to specify that domestic animals are necessary to humans. It has been highly demonstrated that animals offer added value to the growth and development of a person, on an emotional and psychological level. However, animals should be respected for their being. Period. Their existence and respect for them should not need to be “justified.”

We should also not need a law to tell us that a living being should be protected.

A simple Amazon survey of 1500 Italians discovered that 71% of those interviewed considered their pet a member of the family, of which 2 out of 3 celebrate their pet’s birthday, and others are open to avoid traveling and to dealing with allergies caused by their animals.

According to the National Business Association for the Feeding and Care of Domestic Pets ASSALCO, it is estimated that about 60 million animals are owned by Italians. In simple terms, 1 out of 3 Italians have a domestic animal in their homes. This also includes animals which are not cats and dogs, but could also be fish, smaller mammals, snakes, and even birds.

When it comes to airline companies, the debate divides itself in two: the rules of the country that one is flying to/from and the airline’s freedom to choose which regulations to apply. Within the European Union there are specific regulations for non-commercial flights meant to protect the spread of particular viruses and safeguard the animals.

In the exceptional circumstances of the Italians in Mexico, airlines should have allowed the boarding of their animals without question.

We could admit that under normal conditions, airlines are placed in a tough spot. People suffering with allergies, governmental rules, people — like in the United States, lying about their animals, like peacocks, being emotional-support pets — causing issues onboard, or dogs dying because they were placed in the wrong places or even on wrong flights. Mistakes are made by airlines and the animals’ owners.

Animals, especially in the case of rescues, should be able to travel safely. And abusing the right to an emotional-support animal takes it away from those who truly require their therapy animal on board.

Everyone’s fault: Who is making sure we are all safe, including our animals?

As Agatha Christie taught us in Murder on the Orient Express, when it’s apparently nobody’s fault, it is everyone’s. This topic is another demonstration that ignorance is yet hard to eliminate, if not being selfishness too. We force our pets to fly long hours in a confined space, many of them likely scared, in the cabin where the engines are loud. I find this a selfish act.

It may sound arrogant, but if someone can afford a flight to a place abroad for leisure, I am sure they could afford a comfortable place where their animals can be safeguarded. In many cases, for dogs mostly, they get to interact with their similar environment and enjoy playtime. We are responsible for a being that cannot always communicate what they wish, therefore we need to learn to understand their needs.

Now, this said, airlines could find a compromise and work within reason. When a dog is placed in the overhead bin to then later be discovered having died of suffocation, I am not sure who is to blame: the airline or the owner, or just both.

Responsibility comes with a cost. Be responsible of your actions as well of those under your care. Allow Italians to fly back to Italy with their beloved animals, who have rights; let’s not forget that. While airlines should ensure they have enough regulations to safeguard animals who fly and perhaps also to safeguard against irresponsible owners.