Politics seems to be blind to the fragile and precarious situation of reception system in Italy. An issue that would instead be fundamental to give a human and inclusive imprint to the restart after the pandemic. 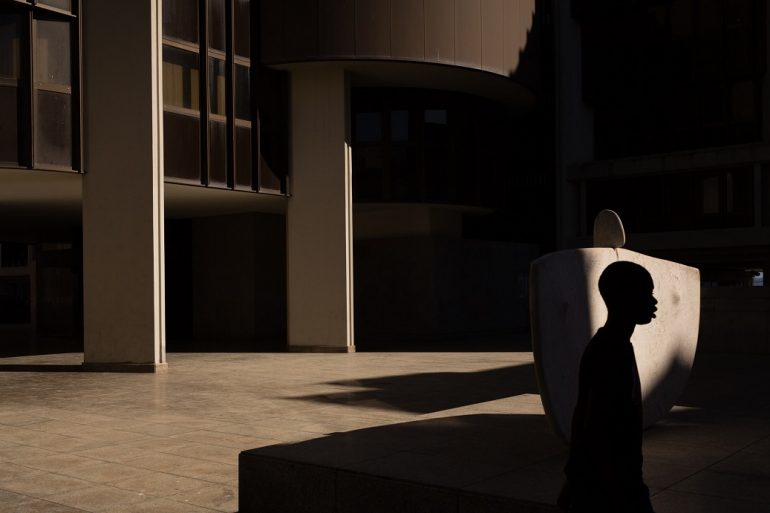 Mistreated and weakened by budget cuts and discriminatory policies, especially but not exclusively by the Security Decrees of October and November 2018 wanted by the former Interior Minister Matteo Salvini, the Italian reception system has entered the pandemic emergency in fragile and precarious conditions.

The structural fragility has been reinforced by the extraordinary pandemic situation. Resources, be they financial, human or staff-related, are particularly lacking. In spite of this, the politics has not concretely tackled the issue yet.

On the one hand, the system has been overloaded through certain legislative choices that have made guests in the reception facilities vulnerable and excluded, and on the other hand, since the emergency has broken out, little has been done from the political point of view to make social distancing and decent health coverage possible.

The impact of the security decrees on the reception system

To paint an accurate picture of the Italian reception system is not straightforward as it is a complex and multi-layered system referred to with various acronyms like CAS, CARA and SIPROMI and SPRAR. Generally speaking, there are different levels in the system whereby there are centers (CAS) dedicated to offering a temporary stay and then people are normally transferred to first or second reception facilities (SPRAR and SIPROIMI, respectively).

Furthermore, there are the so-called CPR, which are centers for foreigners without a valid permit to stay in Italy who are waiting for repatriation. Practically, they are detention centers whose poor sanitation and organizational conditions have been repeatedly denounced in recent years.

The real turning point towards a profound weakening of the system was caused by the Security Decrees of 2018. Pages may be written about how the security decrees have impacted the Italian reception system and caused a harsh international debate. To cite one episode of this debate, on May 20, 2019, UN human rights experts declared that the draft of the security decree represents a violation of human rights.

The reduction of the staff working in the reception centers and the general cuts in spending are among the main consequences of the decrees. As thoroughly described in the Amnesty International Italia report I sommersi dall’accoglienza, the cuts in funding are modulated depending on the number of people housed in each facility and the type of integration carried out. This has weakened the smaller centers in favor of the larger ones. Therefore, these centers found themselves overcrowded and understaffed. In this way, the so called “diffuse integration” (integrazione diffusa), a decentralized, virtuous and personalized integration has been profoundly undermined.

Regarding the legal status of migrants, the decrees cancelled the humanitarian protection and denied the access to the reception system for asylum seekers. The direct consequence to this has been the increase of irregular people on the Italian territory. Finally, as reported by Amnesty International, health services, psychological support as well as social and educational services like teaching Italian have been profoundly undermined, if not eliminated.

The outbreak of the pandemic and the absence of the politics

In light of these conditions, it is not difficult to deduce how badly reception centers have been impacted by the pandemic outbreak. Despite the silence of politics, several voices of protests coming from the bottom have been raised. The Friday night Italian program Propaganda Live as well as the newspaper Fatto Quotidiano reported about the aid and attention requested by the priest Biancalani from Vicofaro, Pistoia, who manages a reception center with 200 people and they discussed the main problems they are facing at the moment: the impossibility to respect social distancing measures within an overcrowded structure and the hostility of the politics, especially of the Pistoia mayor.

There have been many appeals from organisations denouncing the criticality of the situation. In particular, a group of lawyers and associations called for the closure of the CPRs because “the conditions in the CPRs, where a large number of people live in conditions of promiscuity, often in precarious health conditions and in the absence of adequate health care facilities within the centers, is of extreme concern to the writers.” Both the people who live and work there would therefore run profound risks in the current situation.

In general, the main reported problems are those related to the difficulty to respect social distancing and to find health protection devices. The linguistic barrier in communicating the emergency has also been a crucial issue. This, as reported in an article on the Manifesto that cites the complaint of the mayor of Prato, Matteo Buffoni, is the direct consequence of the cuts that have been made on reception services like Italian language course by the above mentioned decrees that now reveal all their intrinsic limits.

An opportunity to “stay human” and rethink the reception system?

The Covid-19 emergency is giving us the great opportunity to rewrite the rules and priorities on the ashes of a system, the previous one, which today seems even more wrong, divisive, disintegrating and unequal. All this, however, presents us with a difficult challenge, that of not forgetting anyone. To neglect the situation of migrants and workers in the reception system today means putting them in a dangerous situation as the political choices made today will shape the foundations of post-Covid-19 Italian society. And yet they are fundamental to our economy.

Only if these foundations are built on the principles of humanity, equality and inclusion can we then hope for a bright future for Italy. Otherwise bitter social conflicts between losers and winners in the fight over resources will erode our country. The policy of “Italians first” will be the fuse that will make the most deep-rooted and profound social inequalities explode.

In this context, the success or the debacle of integration and reception policies can’t be tested only by counting the number of deaths or infected people in the reception centers but rather by showing humanity in how this problem is approached, by giving equal respect and value to every person’s life and ultimately by grasping the opportunity to change the negative end emergency-based trend in approaching migration issues toward a more humane and needs-oriented strategy.

The recent decision of the Minister of Agriculture Teresa Bellanova to standardize the working contracts of many foreign workers has been a move in the right direction, even if the purely economic motivations underlying the choice and the harsh public debate that framed the choice leave a bitter taste. In fact, the Minister had stated that the reason for the standardization was mainly “to solve the problem of labor in times of crisis, and not to please these people.” Humanity is therefore still lacking as the driven force.

For this reason Italy is at a crossroads. On the one hand it may continue to follow those sovereignty/Trump-like policies, otherwise it may be influenced by extremely positive examples such as that from Portugal. There, the socialist government has decided to extend the residence permit to all migrants who have already applied for it, so as to allow them proper access to care and public services.

The future and social condition of many people depend on the decision of how to move forward.