The Return Of The Supernatural?

The catchword being used in discussions of the second phase of the new order is ‘cohabitation’. We now have to live with the virus. Any attempts to vanquish it, segregate it or even retreat from it have failed and will continue to fail. So guess who is coming to dinner? 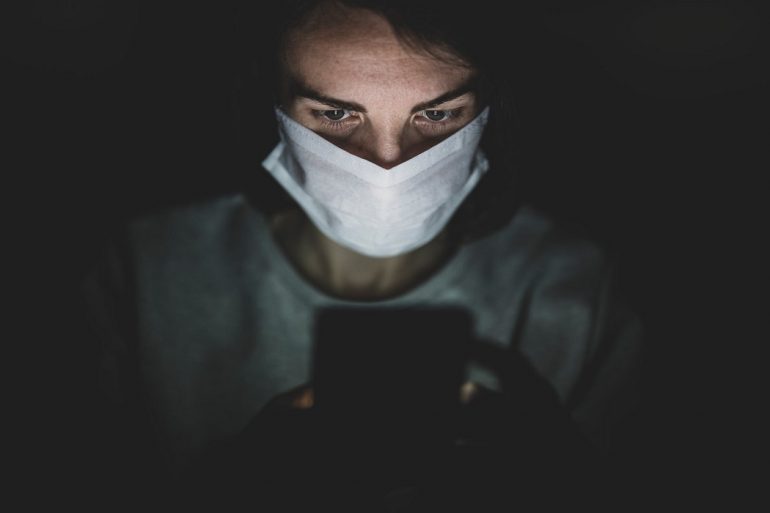 Who will constitute the new supernatural? It is now Covid-19 who hovers over us, demanding our humble compliance with its new order

I was reading about the new protocols that schools will probably be adopting when they return to classroom instruction in the fall. Lines, masks, gloves, one-way hallways… The proposed changes all aim toward imposing a new and invigorated order and propriety that responds to a new fear that now hovers over everyone, the threat of infection by Covid-19. It all reminded me of the culture of my Catholic parochial school education that was characterized and imbued by a discipline that, while imposed by teachers and administrators, seemed also to be inspired by a less tangible force, the specter of divine beings that hovered over all of us, if only in our imaginations, individual and collective as they were. And the referent need not be Catholic or even Christian, you need only think of the labyrinths that are present in many religious and spiritual traditions and practices, as analogs to the one way hallways, or the head and face coverings that are a part of many religious and cultural traditions, both historical and contemporary, as precursors of the mask. It is true that the unidirectional corridors and masks have explicit scientific applications, but they are also becoming parts of larger systems of meaning and morality, and symbols of proper social comportment.

Even then, the measures all seemed designed to achieve one principal goal: control of the body, its impulses, and its deviations from an ideal that was markedly disembodied: in Jesus, in Mary, faintly in God, even more bafflingly in the Holy Spirit, even if a marked aspect of Jesus and Mary’s divinity was the fact that they were embodied. I suppose their embodiment made their divinity all the more important and relatable and therefore demanding of emulation.

Granted, this was in 1970s California, so this entire matrix of behavior was nested in contemporary thought that ostensibly had nothing to do with religion or spirituality; instead it was meant to foster individual development and respect for community, ideas that while not based on religious ideas were certainly largely compatible with them. In fact, I don’t see how anyone can speak about culture and community without talking about spirit, as in school spirit or esprit de corps.

The retreat of adolescence seems to be connected to the need to separate yourself from this overarching system, not of surveillance necessarily, but of obligation and regulation. And certainly there were and continue to be so called secular versions of this kind of obligation and regulation, and certainly surveillance, a claim that suggests that the separation of society into secular and religious spheres of activity and influence is false. From this perspective, everything is secular, unless you want to attribute some kind of genuine supernatural power to religion. Or, if you prefer, everything is religious, since all that the word ‘religion’ implies is that there are connections among the individual people who make up a society, and I have yet to encounter a secular model of community that consists simply of a mass of atomized, solitary, independent and discrete persons, no matter what Margaret Thatcher said.

So that raises the question of the supernatural. If the old or current understanding of the word denotes an entity, force or power that lies outside of nature, perhaps a new one will instead refer to an entity that is not only natural or merely natural, but super natural, so natural that it puts the commonly natural to shame. The new supernatural will be like superman to the simple man, an exaggerated and superior form of the natural.

Who will constitute this new supernatural? Why, the parasite, of course, the virus, the coronavirus, Covid-19. It is to Covid-19 to whom we all bow and obey. It is now Covid-19 who hovers over us, demanding our humble compliance with the new order that it now imposes upon us. The catchword being used in discussions of the second phase of the new order is ‘cohabitation’. We now have to live with the virus, or better, the Virus, or more personally and specifically: Covid-19. Any attempts to vanquish it, segregate it or even retreat from it have failed and will continue to fail. So guess who is coming to dinner?

Nature once again has the upper hand, if there was any doubt. We may have thought we had the better of it in the past with our antibacterials against bacteria and our antivirals against viruses. Indeed, we got rid of God, or at least tamped him down, with what we might call our anti-theotics — our atheist and secular humanist philosophies — but it looks like we are no longer masters of our domain, if we ever were. Nature has come roaring back and it seems that it has brought with it a new supernatural force, the way that bacteria mutate after rounds of antibiotics to become even stronger and more resistant to our chemical assaults.

Climate change did not seem to pack the same punch. Its power was never immediate and direct enough to stimulate a response, not severe enough nor calibrated sufficiently to force a new order. What is remarkable about Covid-19 is its capacity to be microscopic as an agent yet global as an agency and in its agenda. Climate change may indeed be global, but its ground effects in the form of increased floods or hurricanes, were never global in their effect, and its pace is far too slow for our one speed minds to grasp. And despite its location above us in the form of a changed atmosphere, it never attained divinity in the way that the stealthy and invisible virus has. Perhaps it is this concept of the supernatural, as a mysterious spirit that resides among us, that is most authentic, rather than the one embodied by an imaginary power that hovers over us. The new supernatural will be not one that exists above and apart from us, but very much in and among us, but more powerful than we are.

This all suggests that the great goal of some, a global culture, could well be in hand. If a global system of governance is what the world is headed for, a global culture needs to lie at its base. No one has ever been inspired by policy and yet attempts to establish something more florid and enlivening, some esprit du monde, have so far failed. Perhaps instead of saying: Dominus vobiscum. Vadem in pace, ‘God be with you. Go in peace’, we will, as a matter of health as well as a matter of fact, because all of us will be either filled with the virus or its antibodies, say: ‘May Covid be with you. Go in peace.’ ‘May the spirit of the Covid be in you’. Here is the power of the parasite, the power of parasitic agency to enter into a chain of relations and by so doing catalyze changes from the smallest to the largest scales, acting not only materially but metaphorically as well, in its stealthy invisibility.