The Biggest Sources of Black Diamonds in the World 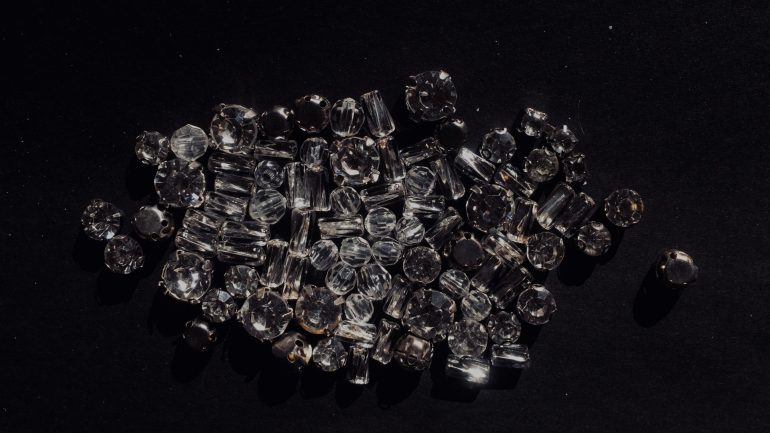 Black diamonds are as valuable as their traditional counterparts, despite the fact that they don’t sparkle and shine as white diamonds do. This is because they are a rarer commodity, which makes them more expensive.

However, there is a fairly common misconception about black diamonds: they aren’t actually black! They get their name from the fact that they appear to be very dark grey or brown in color, but light can still pass through them, unlike other opaque colored diamonds you might see. If you’ve never seen a black diamond before, Leibish’s catalog has some very well-cut specimens.

Because of this property, these gems are commonly used in jewelry designs where opacity is desired—though not always popularly received by wearers since they don’t sparkle or shine as white diamonds do.

The Argyle Diamond Mines are located in the eastern part of the Kimberley region in Western Australia. The mine has been operational since 1983 and was purchased by Rio Tinto from BHP Billiton Ltd in 2011.

It is one of the world’s largest diamond producers, though its quality is a bit lower than other mines, which means its production of black diamonds is lower as well—still, it’s the largest producer of natural black diamonds.

Argyle produces about 11 million carats per year, including pink and red diamonds. Most of the buyers for these stones are jewelry manufacturers in China and India (which account for about half of all sales); De Beers also purchases some stones from this mine.

The other two mines on this list were new sources that were discovered relatively recently—Argyle is actually the oldest diamond mine on earth, but it didn’t actually start producing black diamonds until ten years ago!

In fact, it was originally thought that an extinct volcanic pipe contained only white diamonds; after mining began in 1983, researchers realized that there were also colors to be found here, including browns and yellows as well as pinks and blues (and even reds).

The Diavik Diamond Mine is the largest diamond mine in Canada and one of the largest diamond mines in the world. It is also one of Canada’s most productive. Located in Lac de Gras, Northwest Territories, this mine has been producing diamonds since 2003. Diavik has four kimberlite pipes, which are sites that produce or have produced diamonds.

Because of its high standards for safety, quality, and environmental protection, Diavik was awarded the 2006 National Award for Innovations from Natural Resources Canada. While the mine is currently expected to operate until 2025 (and possibly longer), it is also a prime site for alluvial diamonds (which can be found on riverbanks).

One such location is Murowa Diamond Mine in Zimbabwe. Located in south-central Zimbabwe, Murowa is owned by Rio Tinto Group and has been operating since 2004. The mine produces about 1.1 million carats worth of diamonds every year, which makes it the only significant source of gem-quality diamonds in Zimbabwe.

The Venetia diamond mine was established in 1992 by De Beers, the world’s largest diamond mining company. It is located near the Limpopo River in South Africa, and its construction was a major undertaking costing nearly USD 1 billion. The mine covers an area of 81 square miles and has an expected life span of 30 to 40 years.

Venetia is also the largest diamond mine by volume, producing nearly 6 million carats annually and accounting for nearly 5 percent of global diamond production as of 2019. However, it has been surpassed by the Argyle Diamond Mine in Australia as the largest producer of diamonds worldwide.

Catoca produces a staggering 6 million carats of diamonds every year and is owned by a consortium that includes the Angolan state. The mine is located in Lunda Sul Province and was discovered in 1993 by geologists working for Endiama, the national diamond company and largest shareholder of Catoca Ltd.

At the time, the Catoca kimberlite pipe was only explored at surface level; it wasn’t until 2001 that underground mining began. Since then, Catoca has produced commercial quantities of high-quality diamonds, including alluvial deposits, as well as some of the most famous rough diamonds in history, including several weighing more than 100 carats each.

Jwaneng, a city in Botswana and the richest diamond mine in the world, is one of the largest sources of black diamonds on Earth. Founded in 1972 by Debswana (a partnership between Botswana and diamond mining company De Beers), operations at Jwaneng are expected to continue until 2035 and provide over 11 million carats of rough diamonds annually. This is around 40% more than the next most productive mine.

In addition to being a valuable source of black diamonds and other gemstones, Jwaneng also has important medical facilities for employees and nearby residents. The Mine Hospital provides primary healthcare for up to 200 patients per day. An additional facility, called the Specialist Clinic, is able to treat up to 100 people per day from all over Botswana, with services including cardiology, obstetrics-gynecology, pediatrics, radiology, surgical procedures, and more—all free of charge!

Located in the southern part of Africa, Lesotho is a small country with no access to the sea. Its capital is Maseru, which has a population of approximately 250,000 people. While the nation isn’t known for its vast mineral wealth, it does have its share of diamond mines – especially one that sits on top of a mountain.

The Letseng Mine sits at 10,000 feet above sea level and sits atop Mount Kao. The Letseng Mine currently produces the highest quality diamonds in the world. According to an article from National Geographic:

Lesotho is also known as “Kingdom in the Sky” or “Kingdom on the Mountains” because it is entirely above 1,000 meters (3,281 ft) in elevation. The Kingdom of Lesotho’s major export is water through its rivers and canals.[

There Are Many Black Diamond Mines Around the World

Black diamonds are a rare and valuable resource, so it’s no surprise that there are many mines worldwide dedicated to their extraction. While these mines are dedicated to the excavation of black diamonds, they are still difficult to come by, which garners their high price. Finding a diamond that incorporates graphite into its structure while maintaining some degree of brilliance is truly a rare find.