Future Italian high-school graduates might miss out on the tradition surrounding their final exams. 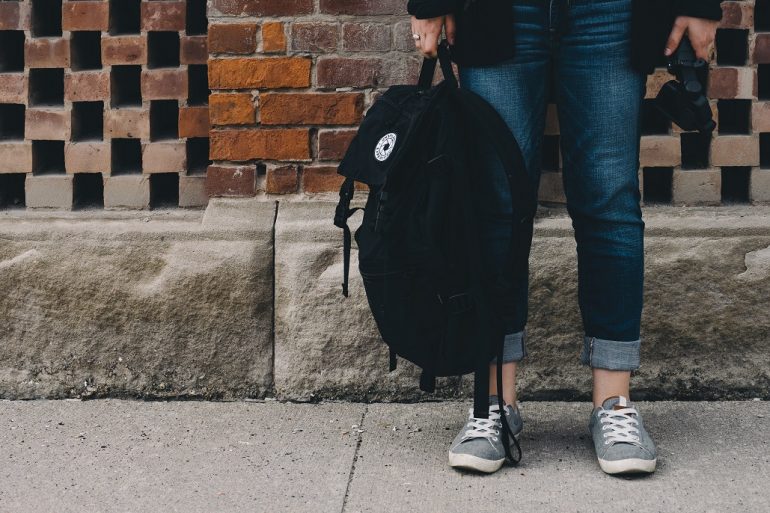 The coronavirus outbreak has completely turned our lives upsidedown. Before this global crisis, it was awkward to see lines of people patiently queueing outside to get into almost empty stores. Today, such a thing has become the rule.

For the lucky ones who are still employed, it might seem odd to work from home. It is even stranger to see very little traffic on the streets and our beloved towns being eerily desolate.

Nature is slowly taking over our cities, as residents spotted foxes and flamingos in Milan, dolphins in Venice, as well as ducks on the Spanish steps, one of the most famous attractions in Rome.

The pandemic has affected even the life of students, with universities and high schools moving lectures, exams, and even graduations online.

While some believe this is the best solution to shield the health of millions of pupils, others argue this move will deprive them — if you will — of an experience that will forge their academic lives and mark (or scar, depending on who you’re talking to) their personal ones.

Throughout the decades, numerous generations of young Italians have bravely faced the so-called maturità, the four-step high school leaving exam.

Such final assessment literally takes its name from the maturity 18-year-olds have supposedly achieved as they came of age, and many people claim it represents a rite of passage that led them from school to the real life, from their teen years to adulthood.

It’s fair to say that la maturità is a thing in Italy — and not just because the life of senior students revolves around it: it’s a proper social and cultural recurrence. News outlets cover the yearly draw of subject matters pupils will be tested on and report on its unfolding from all across the country; over the years several movies have brought its drama and adventures onto the silver screen, and certain songs on the topic have become true anthems — I’ll expand on this last point below.

Few things are certain in life: death, taxes and the fact that, if you have taken this final exam, you’ll remember it.

Trying to get your high school diploma is indeed something that will stick with you for the rest of your life. This is the first time students are truly on their own, it’s their first big challenge.

Sure, teachers have held regular classes from September to June as they did for the past four years, but as soon as the fifth academic year ends pupils need to review and prepare for what’s ahead (more or less) independently.

The ancient Greek hero Hercules had to perform 12 labors, Italian students just four: three written exams (an essay in the Italian language, an assessment that is school-specific, and an open-answer quiz) and the final oral examination.

Given the year-worth amount of notes to review, it is common for someone to experience panic attacks and stress-related health issues — which usually emerge on the night before these final exams.

That very night brings all Italians together through a common feeling of fear and excitement. Such sentiment is echoed in an iconic song by the Italian songwriter Antonello Venditti.

I believe that all students have listened to Notte Prima Degli Esami (the Night Before Exams) at least once in their life and I am sure they all relate to its lyrics. This 1984 hit describes the aspirations, concerns, and love experiences that 19-year-olds endure.

The youngsters of the song do not stop believing in their dreams despite having to face their first major challenge. They are like “Rome’s pine trees” as “life doesn’t break them.”

Venditti imagines what students do on the night before their finals: they go about their city cheerfully, together with their friends. They bring along a guitar (and even a piano) and have bombolone (a typical breakfast pastry) at 6 in the morning.

The songwriter recounts meeting up with his girlfriend Claudia, after a whole week they spent apart studying. He has been reviewing so much that he thinks that Claudia’s father has started to look like poet Dante Alighieri and her brother like another national author, Ludovico Ariosto.

The pair ends up making love while life in Rome carries on as usual.

The song has an overall positive tone: it evokes tender images — like that of a mother and a father feeding their baby through the night, and a grandfather standing at his window — as well as moments of happiness, where “young actors” share food and people cheer as their teams win championships.

But there is space for some ‘blues’ too, as Venditti expresses his worries about the incoming exams — the night before the finals is “full of tears and prayers” — and the 80’s political scenario, where “the flights between New York and Moscow” in the lyrics are a clear reference to the Cold War.

On the other hand, the new chapter will feature the discovery of new people and places, the fulfillment of the adult self, the development of one’s interests and career — both academic and professional. Plenty of accomplishments on every level.

Regardless of the highs and the lows that mark the end of high school, I can’t help but feel sorry for our senior students. Those who will take their final exams this year will never get to experience a true, traditional Italian maturità.

They won’t gather around the school’s gates, searching for words or looks of comfort among their classmates. They won’t go through their notes for a frantic last-minute check, with their hearts pounding into their chests, as they slowly march towards their empty classrooms. They won’t sit before a blank page and look outside the window for some inspiration or a sudden revelation.

But most of all, they will not get together the night before the exams. Forget the 6 AM bombolone Antonello Venditti sang about. Forget the heartfelt singing in the streets meant to liberate and strengthen the soul. Forget the supportive hugs from your friends at your doorstep.

So it would be interesting to see what the upcoming months hold for our students. Will they spend the night before the exams on Zoom, singing at the top of their lungs? And how exactly will the new finals differ from the traditional four-step exam? I guess we’ll just have to wait and see, we’re almost there anyway.