The Meaning Of Liberation Day During The Coronavirus Crisis

Liberation Day cannot lose substance or meaning in 2020, especially now that we are facing an unprecedented moment in Italy's history. 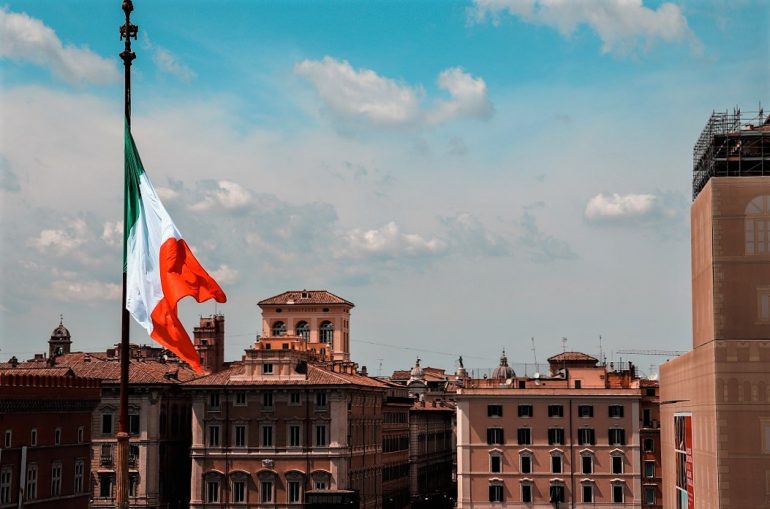 Liberation Day cannot lose substance or meaning in 2020, especially now that we are facing an unprecedented moment in Italy’s history

Today, in one of Italy’s most difficult times since the Second World War, it is easy to forget about April 25, an important celebratory day that shaped Italy’s future and made it the country we know and cherish. All Italians know the importance of that day: on April 25, we commemorate the end of the Nazi occupation during World War II and the victory of the Resistance movement. With the proclamation by the National Liberation Committee of Upper Italy (CLNAI) of the insurrection of the then-occupied territories, April 25 marks the beginning of the path that led the country and the Italians to choose the republic over the monarchy in the referendum of June 2, 1946, and then to the proclamation, in 1948, of the Republican Constitution.

The national broadcaster RAI has explained in detail why it is always important to remember April 25, with an interactive web documentary available here.

The Feast of the Liberation of Italy from Nazi-Fascism cannot lose substance or meaning in 2020, especially not now that we are facing an unprecedented moment in the history of our country which is likely to change our behaviors and habits in the long run.

In each household, in the domestic sphere, the conversations are the same: some people strongly support the government’s recent decisions and have found a long-lost sense of belonging and trust in the current political environment, as this article analyzes.

A new push for democracy?

However, not everyone shares this renewed patriotic pulse. On the contrary, a growing number of people, hidden in the darkness of their houses and in the confusion of the misleading information spread through dubious WhatsApp groups and chats, feel disillusioned and isolated. In fact, part of the Italian population now has a feeling of mistrust and skepticism towards the Italian government and the measures taken to stop the spread of coronavirus, to the extent that they are now even questioning the advantages of being in a democracy. Many admit fearing that this lockdown is a worrying limitation of our freedom. Can a government really tell its people not to leave their houses, not even for a walk in the park or to visit their most beloved ones? Well, they can. But let us leave this discussion to the law experts. I want to draw a parallel here with a country on the other side of the world, which had to go through a lockdown for months during multiple times over decades, a country that has been torn in conflict for 70 years. Let me remind you of this article on Kashmir published by Italics Magazine last month.

In that piece, it was explained how the Kashmiri population has seen their basic liberties, their fundamental human rights denied over the course of history, which escalated to the events of August 2019, when a crippling 8-month lockdown started. Now that Italy is going through a lockdown as well, one might be tempted to think they now know what that lockdown must be like. But do they?

If one compares the two lockdowns, there is one clear difference. Believe it or not, Italy is governed by authorities that actually have the wellbeing of its population in mind. It might not always be the first priority, but this lockdown shows that the population’s health has been put before the economic priorities and profits. In Kashmir, the lockdown had the precise aim to cripple its population, to curb any possible protest, to silence their voices before they could tell the world what injustices they were suffering. During the lockdown, if someone dared to disobey, consequences would be brutal and would cost much more than a fine.

Is this freedom if it restricts us from harming our neighbor?

One may ask how Kashmir is connected to Italy and the celebration of April 25. I believe that this comparison is necessary for the Italian audience, as it provides a new perspective, it makes it possible to clarify that the lockdown Italy is experiencing during these months has been put in place specifically and solely for our own safety. Rather than claiming that our freedom has been taken away from us, let us see things in a different perspective and understand that this is nothing but a form of protection. It is ultimately a little effort that we can all make as a society, as a country, to ensure everyone is safe and not in danger and no one is left behind.

So, to those who still complain about the measures in place in Italy, to those who do not believe it is necessary to follow the rules, I advise them to analyze our situation and be thankful for the great privilege that living in Italy entails.

In conclusion, let us not forget that article 2 of the Italian Constitution states that the Republic recognizes and guarantees inviolable human rights for individuals, but it also requires that citizens exercise political, economic and social solidarity, an action that is fundamental in today’s times. To paraphrase the popular speech by John F. Kennedy, it is time to think about what each of us can do for our society.