A page that contains a mix of ideas is more likely to produce a sophisticated and successful argument than one that holds on only one idea. 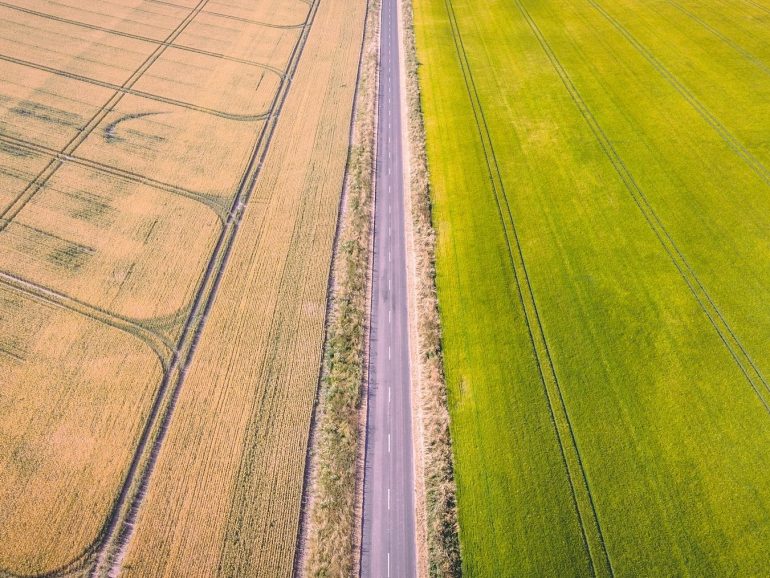 Leonardo Sciascia observed that the farmer who plows and the author who writes have one important practice in common: they execute their work in straight lines. One may sow seeds, the other words, one may cultivate plants, the other ideas, but the method of their labor is similarly based on the efficiency and clarity of rectilinear geometry; the field and the page are essentially the same medium.

Both the farmer and the writer are parasites; and remember, parasites are neither good nor bad, they — we — are simply a fact of life. The parasitic bacteria that live on and in us, just as we live on and in the earth, both help and hinder our daily lives; just as we could not digest food without them, they sometimes make us sick.

And so it is with the writerly kind of parasites, the ideas that shape, animate and inform our mental lives, our psychological, sociological, cultural, political and economic engagement with each other and with our environment. But perhaps the efficiency of straight lines and square pages is ambivalent as well, enabling as well as disabling our agency. Agriculture, carried out in straight lines on rectangular fields, a practice that began some 10,000 years ago, marked a major advance in human welfare, allowing societies to maintain a steady food supply, and therefore conferring the innumerable advantages that were immanent to the development of culture based in settlement in a particular place, and the stability and comfort that such stasis and stability allow.

But about the ambivalence I mentioned, agriculture has also led us into a fair amount of trouble. The efficiency of the straight line and the rectangular field, the logic of it, gave birth to the practice of monoculture, which is the exact opposite of an ecology, which by its very nature prescribes a heterogeneity, a mix of cultures in any given field, a complex entanglement of beings and entities of various ontologies: human, animal, vegetal and mineral, to use one matrix; fire, earth, air and water to use a more ancient one. Our bodies are mixed fields, to use a term popularized by Michel Serres, who sadly passed away not long ago. Our microbiomes, for example, are healthiest when they support a mix of flora rather than being dominated by one or just a few species of bacteria. To use an easily assumable example, people who cultivate a mix of bacterial species on their skin are less susceptible to bites from mosquitos, that scourge of summertime, at least according to one study of the matter.

Of course, diversity for its own sake is not necessarily good; it has to be organized by some overarching logic, some unifying and coordinating mechanism, so that scattered diversity is transformed into an amalgamated complexity, whether that organizing principle evolves spontaneously or is deliberately put in place, or some combination of these agencies. Here, in at least one iteration, is the transformation of an ecology — the logos of the oikos — into an economy — the nomos of the oikos — with the shift from logos to nomos, or from logic to norm, or from relation to law, being the key movement toward sound development and healthy function.

So about those straight lines and rectangles, about those plowed furrows and quadrilateral fields, about those written sentences and square pages, how do we use them without misusing them? How do we deploy their logic without becoming subsumed by them? How do we wield them against the chaos of nature without being so rational that we destroy nature’s complexity, the essential fertility of chaos?

Well, here are some material examples taken from real life to help us escape from the unease of boundless theorizing. One, put buildings on roller skates. This might sound funny, but it has proven to be quite effective in protecting buildings from falling down and the people who live and work in from them being injured, when an earthquake strikes. Basically, they let the foundation of the building move elastically in relation to the movement of the quake rather than stay stuck in place, firmly attached to it, and therefore subject to its shifting forces. By being mobile at the more stable base, a building does not have to absorb the shock of an earthquake in its less stable upper stories, putting less stress on the joints where floors and walls meet, a common point of structural failure. Retrofitting ancient and historical buildings would be a challenge economically and politically, but it could be a workable solution in many cases, and better than doing nothing. Put in terms of our central metaphor, such a retrofit involves turning a straight foundation, the relation between building and earth, into a wiggly one.

Two, shift from a monoculture to a more variegated one. The economic crisis caused by the entrance of Xylella fastidiosa into olive groves comprised of Olea europea stems from an ecological crisis that has its roots (apologies for the puns) in the compositional weakness of a field that is planted with only one species or variety of olive tree. It has a historical analog in the economic crisis that was caused by the entrance of a species of aphid, Daktulosphaira vitifoliae, commonly known as phylloxera, into European vineyards in the middle of the 19th century, but which was first and foremost an ecological one that was caused by the over reliance upon a single variety of Vitis vinifera, or grapevine. The aphids attacked the roots of the vines, causing them to whither and die. Chemical treatments were used first to counteract the pests, but the better and more lasting solution came by a biological technique, the grafting of cuttings taken from European vines onto American rootstocks, which were naturally resistant to the phylloxera, which was indeed an American parasite. Perhaps something similar could provide the solution to the xylella problem that currently afflicts olive groves in Puglia and threatens to spread to the rest of Europe. Here, the page metaphor is more apt: a page that contains a mix of ideas is more likely to produce a sophisticated and successful argument than one that holds only one idea.

I won’t try to extend the this model to the current pandemic and the health and economic crises that have arisen from it, but I think the connection is clear. Perhaps it can be the topic of a future piece.