If you have followed the news, you should know that even the President of the Republic, cannot go to the barber. However, this was a problem that Italian women faced even before the coronavirus crisis. 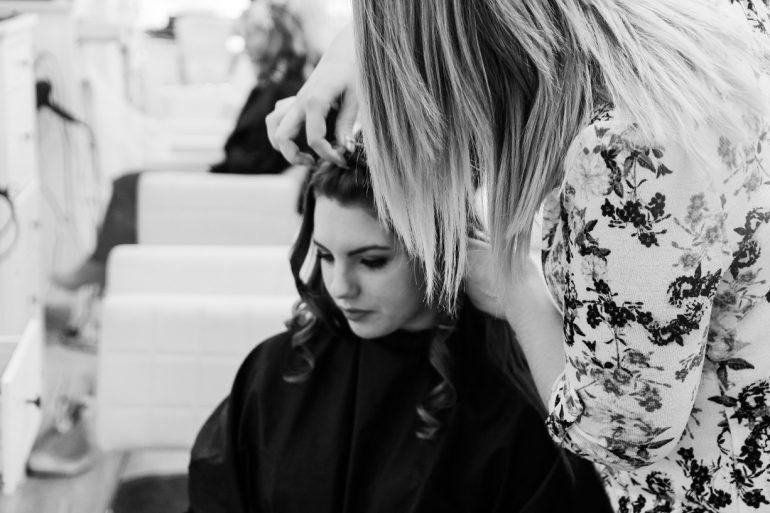 If you have followed the Italian news, you should know that even the President of the Republic, Sergio Mattarella, cannot go to the barber. However, this was a problem that Italian women faced even before the coronavirus crisis, although nobody denounced it.

First of all, it must be made clear that the hairstylist serving women is ‘la parrucchiera’, whereas the men’s hairstylist is ‘il barbiere’. They have entirely different shops and clientele, and this is part of the problem. Indeed, before the Covid-19 era, the parrucchiera would serve people of all ages. Still, for young people it was impossible to book an appoinment or find a spot on a Saturday afternoon.

To reply to this simple yet absurd question, it is necessary to return to the concept of vanity in little Italian villages at the end of the Second World War. We must remember that running water was something rarely seen even in big cities. In the villages, the only source of water was the domestic well. You had to drink, wash, cook with that water, and every single liter had to be carried by hand. Bathing was a ritual that happened not so often, while the daily work was heavy and sweaty. Keeping hair in order was an important, but difficult task. Women mostly covered their hair to protect it from dust. Covering their heads was also important for reasons of religious devotion: women had to show respect when they went to the church and, more in general, extreme modesty was the predominant approach at the time.

With the improvement of material conditions, water, bathing and cleaning products became more and more available, so the global hygienic situation improved drastically. With the economic boom, the social structure of the small village also changed. Land wasn’t anymore a profitable investment: having enough food, animals, and sons working on the same piece of soil was not synonymous with a decent life. Schooling meant that other options entered in the realm of professional possibilities, and the new availability of money meant that new ways of spending it were needed, as services improved both in quantity and quality. Such a deep change in the famiy structure changed also the traditional division of labor.

For example, in traditional agricultural households, men had the power on all ‘external’ matters. By ‘external’ I mean any business that involved a person outside the family, or an action to be taken outside the four walls of the house, such organizing work in the fields, dealing with seasonal workers, buying and selling livestock, sowing, etc.

Women, instead, had power over all ‘internal’ matters, so they managed anything happening inside the house and in its immediate surroundings, or which had to do with body care. They had to make sure that food was on the table twice a day for 30 or 40 people and that the house was clean and in order, clean and sew clothes, prepare hot water for baths, take care of family members who were pregnant, sick or about to die, feed chicken and small animals, and finally make sure the good Lord was being given his fair share of devotion.

The management of the house thus required a solid chain of command. It was some sort of military organization with one single head and source of absolute power: the oldest woman in the family. No contestation was possible, as all daughters had to obey, and quickly, to the matriarch.

Again, I need to apologize to my readers if I’ll now break my fluent prose with an autobiographical story which passed down to me as someday I will inherit the land of my ancestors, but it is important to touch upon the issue of equality between men and women. My grand-grandma, the mother of my now famous grandpa, was quite a woman. Described as an army corps general, she not only had absolute power on all internal matters, but also on external matters, due to the fact that my grand-grandpa was asthmatic. When he once tried to sell a calf, my grand-grandma was totally against it. So, my grand-grandpa gave the buyer an appointment in the stables. The negotiations were held in the dark, behind closed doors. The deal was about to be sealed (little, damned and fast money), when the gate was opened abruptly. Against the light, the frame of the solid woman stood with her fists against her hips and saying a few words: “the calf is not for selling.” Well, eventually the calf wasn’t sold, and 6 words were sufficient to make a point to the story.

Anyhoo, in all households losing time was unacceptable. Life was hard and free time was something for rich people.

In this situation, women did not really have time for the parrucchiera, even when it was within the financial capabilities. The real issue, though, was that no woman would ever think about becoming a parrucchiera, so the little village had none. With the economic boom, things changed in terms of money, expertise required and time, and women started going to the parrucchiera. For men, the story is slightly different: shaving a man is quite a simple affair that does not require a lot of study, thinking, time or equipment. Once you have water, soap, a razor, a towel, a mirror and a chair, anyone can be a barber. Plus, the barber shop was a strategic place of social interaction where men discussed problems and talked business.

The first parrucchiera of the small village was therefore the wife of a small shop owner. That made sense, as she did not have any field-related commitment. Of course, the lady had a rough start: who would be so brave to be the first to openly admit to give in to the demon of vanity? Everyone was fearful of the opinion of the priest, who was categorically against every little demonstration of ostentation. I can imagine that the first arrival of magazines excited the imagination of many women, and men had to deal with an intense degree of constant lobbying from their wives, who asked to be allowed to go visit the parrucchiera.

The first one was the wife of the mayor — a communist, and therefore happy to provoke the priest. Then, the women of the local Communist Party section followed. Finally, the wife of the (apolitical) doctor represented the breaking point. Since all the wives of the most important personalities of the village were going to the parrucchiera, everyone else missed out on the latest trend, so the lobbying intensified.

And the priest? He was lobbied as well, although, of course, not by his wife. In the confessional, indeed, many devout women started describing their burning and innocent desire, torn between modesty and vanity. The priest got tired and started seeking a mediation. The balance was found by investigating the intention of women going to the parrucchiera: if the reason was not vanity, but rather be more presentable in front of the Lord at the Sunday mass, then it was acceptable to get their hair done.

This is why the designated day for the parrucchiera and grooming is Saturday.

It is very nice to walk in the streets of the little village on a Sunday morning. One can only imagine the titanic efforts of the local parrucchiera to create volume with the little hair left on the heads of the old ladies with a ‘permanente’, without leaving any empty spot. You can also imagine how hard it is to do it on 20-30 ladies in one single day, a task that requires quite some time and a good dose of patience. This is why in Italy, even before the coronavirus outbreak, it was basically impossible to book an appointment with the parrucchiera on a Saturday afternoon.