The Mystery Of The Italians Abducted by North Korea

Among the historical abductions carried out by North Korea, there could be three Italian women. 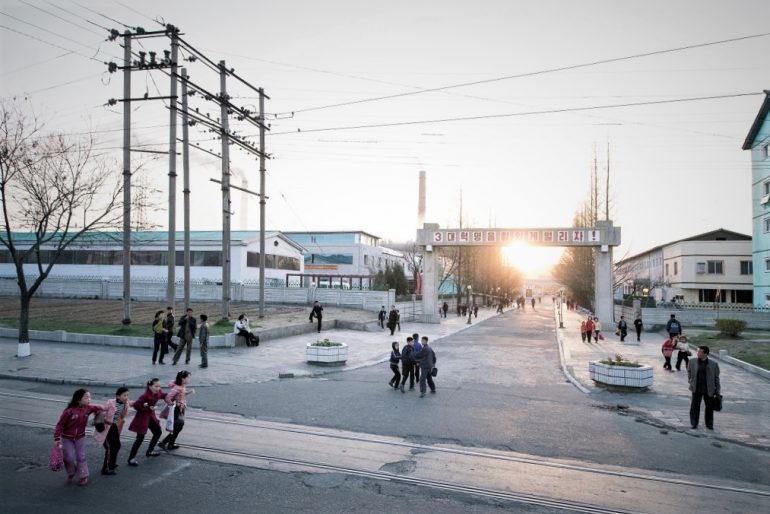 Among the historical abductions carried out by North Korea, there could be three Italian women

The several international abductions carried out by the Orwellian North Korea regime are not a mystery. The Kim dynasty had already started this practice at the time of the Korean war in the 1950s. Politicians, skilled technicians and teachers from South Korea were imprisoned and brought to North Korea, with the aim of making the nascent nation greater. Then in the 1970s and 80s, still under the presidency of Kim Il-sung (even declared ‘the Eternal President’ after his death in 1994), the kidnappings changed victims. No longer South Koreans, but international citizens. Japanese were among the favored victims by the North Korea regime, either through geographic proximity or the high level of education. This inhumane practice caused friction between Japan and North Korea, and despite the admission of the abductions by the regime in 2002, just 5 out of 17 kidnapped Japanese returned home. North Korea said 8 people died, but, assuming the numbers are real, this leaves 5 other people unaccounted for. Where are they? And what was the purpose of their abductions?

“Localization of spy education: bringing in North Korean teachers from other countries in order to train our agents to pass as natives.” This was the secret order issued by Kim Jong-il, son of the ‘Eternal President’ and father of the current ‘Supreme Leader’ Kim Jong-un. It was the year 1976. But the purpose wasn’t just to turn foreign abductees into formidable instructors, able to teach their language and local customs to North Korean spies, or to use their identities to infiltrate as secret agents into the kidnapped’s native countries for politico-military purposes. The devilish North Korean regime even acted as a marriage agency, focusing the abductions on women. But those who think these brides were intended for local citizens are very wrong. In fact since the mid-1960s, four American soldiers, engaged in a patrol along the demilitarized zone between South and North Korea, deserted the US army, becoming invaluable resources for the regime of Kim Il-sung. Two of them, Charles Robert Jenkins and James Dresnok, would become crucial witnesses about the kidnapping which occurred in Italy. Charles Robert Jenkins, who also published a book of memoirs, The Reluctant Communist, was among one of the spouses forced to marry women kidnap victims. In his case it was to the 21-year-old Japanese Hitomi Soga. The children born from these arranged marriages, in the plan of the Pyongyang government, would become perfect secret agents, able to speak Korean as native language but with a different physical appearance. Kim Il-sung, after taking and educating them about the disruptive ideas of the regime, used to call these children his ‘golden eggs’.

Doina Bumbea and the mystery of the three Italian women

“How would you like to hold a solo art exhibition in Japan?” Following this invitation by a mysterious Italian man, a young Romanian girl, Doina Bumbea, boarded a plane in Rome and flew to Moscow in 1978. Russia was the first transit of her journey to Asia with the Italian man. This man, a would-be art dealer, was likely met by Doina in Rome’s nightlife, where Doina had moved to study at an art school in 1972. Her marriage with another Italian man from Bologna failed, so the young and beautiful Doina chose to follow her artist’s dreams, also enjoying the most popular Roman night clubs. However, her flight to Japan from Moscow had a stop scheduled in Pyongyang, because the passport given to Doina by the ambiguous man to let her travel was issued by North Korea. At the airport of the North Korean capital, the man disappeared, while Doina Bumbea was arrested by the local authorities. She was sent to spy camp and brainwashed by the Kim Il-sung agents. Her only way to salvation was to cooperate. Doina was married to the American defector James Dresnok, with whom she had two sons, which now play important roles in the Orwellian North Korean regime. Doina would die of lung cancer in 1997, and her story only emerged through a documentary produced by BBC in 2006, in which James Dresnok was interviewed. But Doina was not the only European woman kidnapped.

Also in 1978, North Korean secret agents landed in Beirut, Lebanon, creating a job posting to recruit secretaries in a local school for a Japanese manufacturer of electric products. Among the requirements was that of being unmarried. Four young Lebanese women were selected, but their flight to Japan, just like what had happened to Doina, had several stops before landing at its true destination: Pyongyang. Fortunately these women were released and returned to Lebanon in late 1979, thanks to the intervention of the Palestine Liberation Organization, but their testimony about the abductions in North Korea is now the only trace that leads to the three Italian women presumably kidnapped. The Lebanese newspaper An-Nahar on November 9, 1979 published the testimony of the Lebanese victims, who remembered very well what had happened in the North Korean spy camp and who was in there: “There were 28 young women in the camp, from Europe or the Middle East. Among them were three French, three Italian and two Dutch women. It was impossible for them all to rebel against their captors.” It’s been 40 years since these abductions, and the three Italian women would supposedly be just over sixty now.

Unfortunately, we have little information, and the inquiries about them have been just journalistic and non-governmental. The only person able to know anything is the current North Korean Supreme Leader Kim Jong-un, but the regime’s unwillingness to recognize their responsibilities is well known. We just have to trust in an old Latin proverb: “Lies have short legs.”