The Problem Of Living

There is a problem with living: for something to live, something else must die. I encounter this pairing of life and death everywhere I go in Italy. 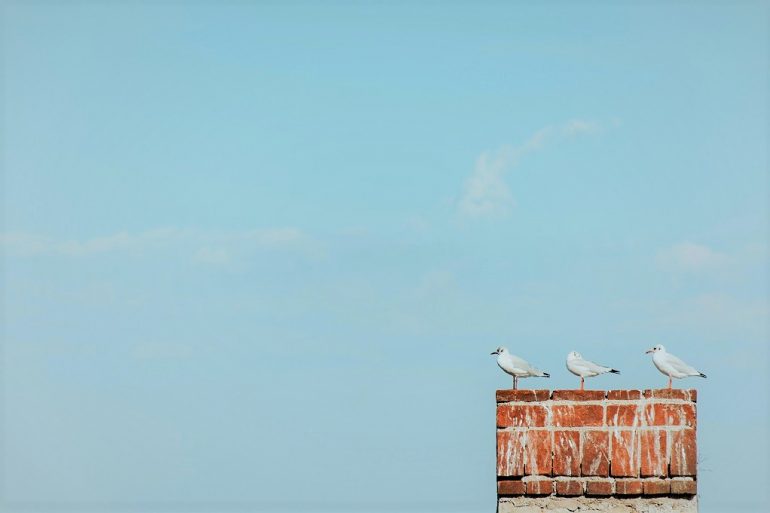 There is a problem with living and it is this: for something to live, something else must die

But it is not, or often is not, as I found out one day in Piombino. As I was walking back to my apartment from a trip to the center, a huge raucous seagull came swooping down out of the sky and collided with a much smaller bird, causing the two of them to fall to the ground. I thought initially that I had witnessed an unfortunate accident and hoped that the two birds were okay and would soon be flying off again. Imagine my shock when the seagull pounced on the smaller bird, snatched it up in its beak, and then flew off, the smaller bird screaming for its life. It was as if someone were being murdered, which of course, someone was.

I found Piombino to be dreary, typical of many Italian seaside towns. It is where you catch the ferry to go the magical island of Elba, but other than the harbor, I recall only a small center with one or two streets lined with a few restaurants. Adjacent to this small tourist zone was a corner formed by the intersection of three streets that met in an oblique and attractive way, forming an inviting space. Perched there was a small market, and I stood outside of it for a while, trying to decide if I should go in. There seemed to be a few people inside milling about, but it was completely dark, so I was not sure if it was open. Pushing through the door, I saw that there was just the owner behind the counter, and as soon he saw me, he snapped on the light. He must have been sitting in the dark to save electricity, which is very expensive in Italy. He asked if he could help me. I looked around and, feeling acute embarrassment for his condition and the condition of his store, I lied and said I had forgotten to get cash, patting my pockets for theatrical effect, and asked him where I might find a Bancomat. He gestured to his right and I left the store as quickly as I could. Within a few minutes I had arrived at a gleaming, multistory commercial center and immediately understood the situation. It would not be long before the big mall would knock out the little store just as the seagull knocked out the little bird.

I returned to my apartment, one entire wall of which was taken up by a portrait of Marilyn Monroe (the owners were not Italian). This, and an encounter with a kind woman from whom I asked directions, through the window of her car, made me feel as if I were in a Fellini film, with death and beauty sifting together in raw and jarring juxtapositions. The brilliant Belgian sex therapist, Esther Perel, claims that the erotic is an antidote to death, and a number of scientific studies support this claim, which has its origins in the work of Sigmund Freud. In elder care centers, which Italians sardonically call le sale d’attesa per il cielo (the waiting rooms to heaven), the death of a resident often spurs sexual activity among the other residents, who are merely following an adaptive evolutionary strategy that responds to death with life generating eros, even though the hope of a new arrival in nine months is no longer a biological possibility, at least in their case.

I encounter this pairing of life and death everywhere I go in Italy, so it is no accident that the participants in the Grand Tour of the 17th and 18th centuries were so keen on Italy as a locus of some kind of essential truth about life. Important were not only the architectural and archeological remnants of Ancient Greek and Roman civilization as the origins of European culture, but also encounters with the daily lives of residents on the streets and roads that they travelled to get to them. Johann Wolfgang von Goethe saw things in Italy that he did not see in Germany, and he attached great truth and meaning to them. I have experienced the same epiphanies when, for example, seeing a dog running excitedly through an open air fish market in Sicily, clutching the head of a swordfish in his mouth, other dogs trailing behind him. Or the next day seeing another dog lying flat in the middle of the square, basking in the hot sun, while her puppies nursed from her. In the United States, at least the part that I am from, and in Goethe’s Germany, life and death did not commingle so readily, or at least so visibly. Dogs and cats are spayed and neutered, mosquitos are abated; life is clipped and subdued and truncated, flattened, sequestered.

There is something about this phenomenon in my earlier articles on Mater Dolorosa and San Sebastiano, something about open depictions of pain and suffering being an antidote to the ennui of modern life, in which the violence of death and suffering is often hidden, and in which psychological depression grows in a matrix of material abundance and physical safety.

One time, while waiting for a train at Milano Centrale, I stopped at one of the kiosks to pick up a piece of frittata to eat before I boarded my train. While the clerk was warming it up, an elderly woman came up to me and asked for spare change. Typically I say no to such requests, but on this occasion, and for some unknown reason, I reached into my pocket and gave her everything I had, which must have been substantial as there were several one and two euro coins in the bunch that I gave her. This gesture instilled in me a slight but genuine sense of hope and elation. Something about that woman struck me as being so elegant and sophisticated, so genuine and honest, that I immediately caught a glimpse of life that had been hidden from me before, or that I had at least forgotten.

Now, clearly such encounters happen in other places throughout the world, including at home, wherever that may be, and maybe it is the perspective and condition of the lone traveler that catalyzes such epiphanies, that makes such encounters more frequent, more profound, more meaningful. But for me, that place has always been Italy.