Why The Epidemic Does Not Make All Workers Equal

Instead of helping to deal with economic crises, flexible employment contracts have resulted in an increase in inequality among Italian workers. 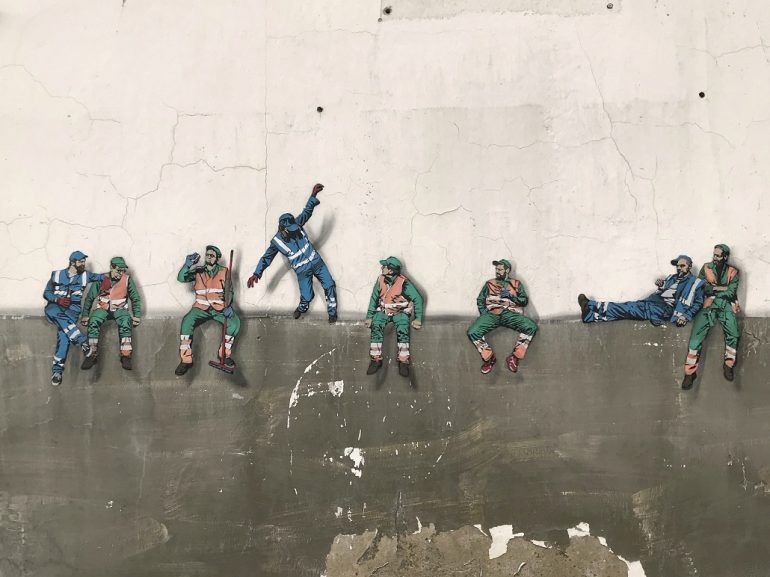 Instead of helping to deal with economic crises, flexible employment contracts have resulted in an increase in inequality among Italian workers

If someone from the future had told us that a day would come when almost all workplaces would close, we would not have believed it. Yet, this is what happened in Italy in a sort of big and involuntary collective experiment (that would be followed by many other countries) starting March 11. From that day on, in fact, all the businesses declared to be non-essential were closed by ministerial decree, as part of the emergency management: commercial and recreational activities, restaurant services, personal services, but also manufacturing companies and public offices. And the workers are feeling the brunt of this.

For many of these businesses, especially for those active in the service sector, the closure of the physical workplace coincided with the activation of remote and/or agile working modes — the so-called smart working in Italian. For other businesses, think for instance of personal services (e.g. hairdressers, beauticians) and the entertainment sector (e.g. theaters, cinemas), it has suddenly become impossible for employees to work. In an intermediate situation, on the other hand, there are the businesses that can replace the on-site sale of products with home deliveries (e.g. restaurants, clothing stores, stores selling toiletries), even if, in the absence of a precise decree, this possibility has been left up to the single entrepreneurs.

The possibility of receiving a salary is, therefore, unrelated to the physical presence at the workplace for some categories of workers, but completely locked into their physical presence for others. Not only that, but the level of job protection of workers belonging to the same sector varies considerably, depending on their specific contractual conditions.

As a result of the introduction of flexible contracts in the labor regulations over the last twenty years, today the Italian labor market is characterized by a multiplicity of contract types ranging from on-call contracts to permanent contracts, including project-related contracts (contratti  a progetto), seasonal contracts, temporary agency contracts and many others. Moreover, there are workers who do not have a contract but work as self-employed. This category includes some professional associations (such as lawyers and accountants), freelancers, entrepreneurs and business owners. In addition, there are those who do not have a contract in any sense: all trainees and apprentices, but especially in-home workers such as babysitters, caregivers, and cleaners.

In the original intentions of the legislation, this contractual multiplicity was needed to deal with an economic crisis: in the early 2000s, globalization was in its beginnings and the Italian labor market was too rigid to quickly respond to change. The division at that time was clear: having an employment contract meant having a guaranteed job for life and having the right to types of worker protection rights. Thus, employment contracts were onerous for employers, with the result that it had become very difficult for young people or those who had lost their jobs to enter or re-enter the labor market. Therefore, the introduction of contracts other than permanent contracts made it possible, at the time (we are talking about 2001, when Marco Biagi published his White Paper), to counteract irregular work and to guarantee good quality work with the more flexible options but still guaranteeing a type of contract.

Today, on the other hand, atypical employment contracts have become the norm: in 2019 alone, of the 7,208,531 new employment contracts activated, 44% were fixed-term contracts and 18% were permanent contracts while the rest were made up of 10% seasonal contracts, 13% temporary agency contracts and the rest were on-call contracts (9%) or apprenticeships (5%). Irregular work, even though it has decreased over time, remains an important component of the Italian labor market, which the various types of contracts have not managed to discourage: according to ISTAT estimates, in 2017, there were 3.7 million full-time irregular employees. Self-employed workers are often fake employees, who have been forced to set up their own business by their employers but perform the job of a regular, full-time worker while carrying the burden of extra taxes and the lack of a guaranteed contract. Moreover, with the introduction of the notorious Jobs Act in 2018, even the permanent contract has lost some of the protections guaranteed in the past, especially those related to being fired. The consequences of this deregulation were, in part, already known: lack of stability and difficulties in planning their futures for workers with atypical contracts. In addition, a growing proportion of workers today find themselves at risk of poverty and social exclusion: they are the so-called working poor, the poor workers making less than a living wage, thus not able to meet their ordinary housing, food, and general living expenses, let alone if anything extraordinary occurs.

No, the epidemic does not make workers equal

In March of this year, the consequences of these kinds of contracts were exacerbated by the epidemic and already have resulted in substantial inequality between workers, divided between those who kept their income levels unchanged, those who were furloughed, those who are temporarily without any income and those who actually lost their jobs. The multiplicity of contracts has therefore resulted in a multiplicity of work situations that the Italian government is trying to help, in a desperate race not to leave anyone behind. The main solutions that have emerged so far have been a one-off aid of 600 euros for self-employed people, possibly extended to workers with temporary contracts or even to irregular workers with a so-called emergency income; there is also the possibility of using this furlough aid for businesses of all sizes, and food vouchers are being distributed by municipalities to help the poorest families.

This is a plurality of instruments with which the government is trying to tackle the problems linked to the COVID-19 crisis, but which, at the end of the emergency, will have to be transformed into a long-term strategy to try to reduce inequalities among Italian workers. Such a strategy should rethink the citizens’ incomes in order to enlarge the beneficiaries to include those who find themselves in the various situations of difficulty described above, thus providing constant protection of workers’ rights on which — at least theoretically — the Italian Republic is based.