Anatomy Of A Balcony

Since always overlooking the world, Italians have imperiously repossessed the balcony as an extension of their private and family space. 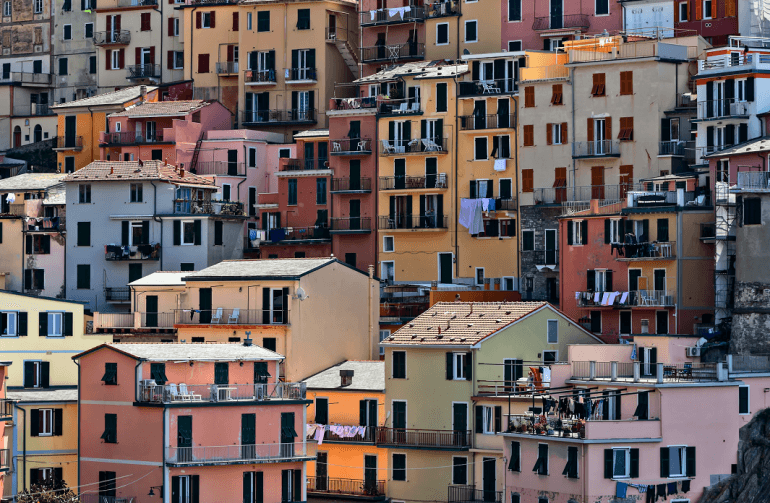 Since always overlooking the world, Italians have imperiously repossessed the balcony as an extension of their private and family space

When with the beginning of the coronavirus outbreak we saw the first incredible images of the Wuhan lockdown — a term that unfortunately we would have learned the hard way soon afterwards — what was striking was the surreal, alienating effect of the noises bouncing off the windows to the deserted streets. While the skyscrapers were for the most part illuminated like a video game, the voices echoing in the night were without a face.

When the epidemic became a pandemic and started to hit hard in Italy and in the rest of Europe, we can say with certainty that there was one thing in particular that brought the reaction of the Italians to the world’s attention: their use of the balcony.

This protruding structure typical of Italian buildings — often delimited by a parapet or a railing — has a decorative, architectural function, but it has also an undeniable practical utility. The balcony culture is widespread in Italy and having one, even small, makes a difference in the evaluation of a house. The climate, the nature of the territory, the social culture, have all favored its diffusion and variety of styles, often making them into real works of art, as we can see from Palazzo Pandolfini in Florence (designed by Raphael) or from the facades of Palazzo Pitti. Also the terrace of Pincio, the Janiculum, the balcony of St. Peter’s Basilica, all offer breathtaking views of the Eternal City: what else are they but the perfect representation of this beautiful architectural element?

Balconies originate in the East, and more precisely in Persia and Egypt — see the palaces of Xerxes or Ramesses — where the balcony at the center of the facade had a special function in court ceremonies. Even the Romans left several testimonies which are still visible today both in Pompeii and Herculaneum. Indeed, story goes that the idea of ​​building the first balcony in the Forum to attend the shows, dates back to 318 BC and should be attributed to the censor Gaio Menio. Then, we have the magnificent examples of the Venetian architecture, the medieval and Renaissance balconies, the explosion during the Baroque era with the use of railings finely crafted by master blacksmiths. As documented by testimony over the centuries, the balcony has always accompanied the history of mankind, not only from an architectural point of view, but also from a humanistic and cultural one.

Should I remind someone of Juliet’s balcony in Verona? “Romeo, Romeo, deny thy father and refuse thy name.” Or another famous example, the certainly more tragic scenario of Mussolini’s declaration of war from the balcony of Palazzo Venezia?

Since always overlooking the world and inspirer of folk songs like Roma Forestiera (e li fiori e la rughetta, appogiati alla loggetta, Nannarella nun ce so più…), Italians have impreriously repossessed the balcony as an extension of their private and family space. They have turned it into a communication organ, a common space from which they delude themselves into meeting the world. So they sing the national anthem, display colorful flags, play the piano, share a coffee, have a drink, dance, exchange information, help each other (see for example ‘o panaro in Naples, the wicker basket lowered on a rope to collect food from street vendors), and applaude the doctors, the nurses and all the other normal heroes who allow us to resist and tell each other what we’ll do tomorrow, when this is all over and we can go back to hugging each other.