The Dire Fate Of The Self-Employed

Self-employed workers are the bedrock of Italy's economy, and with every week of complete shutdown their standing becomes more frail 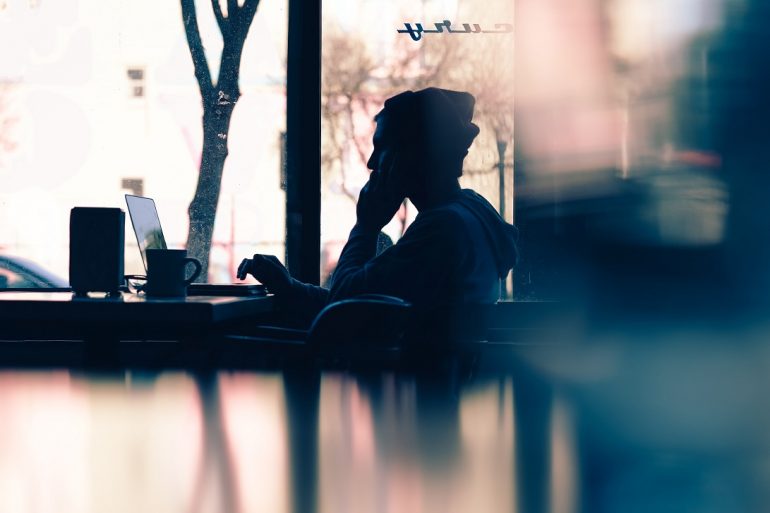 On March 17, Italy’s prime minister Giuseppe Conte introduced a relief package worth 25 billion euros to tackle the grave economic consequences of the shutdown. The decision took the form of a government decree, which has temporary legal force until it is retroactively approved by parliament. Its content is exhaustively summed up as “measures to strengthen the National Health Service and for the economic support of families, workers and businesses affected by the epidemiological emergency of Covid-19.”

The area which is provoking much anxiety among Italians covers the fate of those known as partite IVA, meaning anyone who has a registered value added tax (VAT) identification number. There are roughly 8.2 million citizens who hold a VAT number. 6.2 million of these include the self-employed, business owners and members of the professions who, taken together, contribute to more than a quarter of the Italian GDP. These are the bedrock of the national economy, and with every week of complete shutdown their standing dwindles. So what great plan has the government devised to keep them afloat?

Firstly, a benefit of 600 euros a month. Those who are eligible for this generous largesse are the self-employed, artisans and merchants, small farmers and croppers, those who work in the arts, tourism and hospitality industry. Members of these categories must have acquired a VAT ID number no later than February 23 and must not currently hold a pension plan. Professional associations are excluded from the list because it is assumed that their own social security funds will take care of members.

What seems to have escaped Roberto Gualtieri, Minister of the Economy and Finances, is that these associations are just as liable to suffer under a frozen economy as anyone else. Magic money trees are scarce. Anyhow, tough luck for those who, until four weeks ago, were making a living by selling their expertise. Lawyers, architects, engineers, business consultants, dentists and accountants, to name but a few, are excluded.

Each eligible person must apply to receive the sum through the website of the state pension fund (INPS). But when the system was first put to the test, it immediately crashed, leaving people staring into a page with the glaring phrase “the service is currently unavailable.” Instances were also reported of persons finding themselves reading someone else’s personal information of an extremely sensitive nature. Name, ID and fiscal status of many citizens appeared on the portal’s web page. A serious data breach, explained away by the administration as being the result of ‘hacking’.

Whether this is true we cannot know, though experts have suggested that it was a programming error. This seems more likely since in the first eight hours of operation 300,000 applications were received. Apparently the geniuses in charge did not plan for a great rush of people to log on all at once. Pasquale Tridico, president of the state fund, has tried to placate people’s anger by inviting them to relax. “There is no need for everyone to apply in one day” — he said at a press conference — “there is time to apply. You can do it tomorrow, in two days or next week. There is no rush.”

As a consequence, to this day not one person has received a single cent. Just yesterday the decree passed through the Senate, after hours of delay caused by the verification process of the so-called Ragioneria di Stato: a body of bureaucrats charged with ensuring a decree has financial cover before it becomes law.

There are other provisions in support of partite IVA. A temporary mortgage relief for those who can prove at least a 33% decrease in revenue. A 15-day family leave for parents with children younger than 12 or of any age if disabled. Parents who fall within this category are also eligible to receive an allowance worth half their normal stipend. Another is a moratorium on withholding tax for those who have fiscal and legal residency in Italy. They must not have earned more than 400,000 euros. Finally, a complete suspension of all tax payments that fall within the emergency period.

These benefits are all well and good, assuming they make it out of the state coffers. Yet one gets the feeling that prime minister Conte has completely underestimated the economic implications of his rash and panicked decision-making. This crisis could well turn out to be worse than 2008, only this time it is being self-inflicted by deliberate policies. A basic principle of political economy is that when the state heroically says that it will pay for us, what it means is we will pay for ourselves. All money that creates value must have a cost, either in the form of higher taxes, shrivelled pension funds, drastic cuts in public spending, reduced real wages or inflation. The government claims it is shutting down the economy to save the National Health Service. And in the long-term? How can a health system worthy of the name survive in an impoverished nation?

The idea that this is a question of choosing between people’s lives and the economy is silly. This is not a question of lives vs money. It is lives vs lives. The economic system is not some abstract entity made of percentages and profits. It is the lifeblood of a nation. When it sinks, so does our standard of living. Our quality of life, food, health, life expectancy, wages, taxes, and the welfare state are all dependent on people being able to fulfil their productive instinct. When they are forbidden to do so, suffering inevitably follows.

Mr. Conte likes portray the Covid-19 pandemic as an event comparable to World War Two. He has in fact shown himself convinced of being a Churchillian figure commanding his armies into battle against an invisible menace. But that fateful and bloody chapter of the twentieth century has also taught us that hubris leads to the downfall of many ‘great men’. His name could well appear in history textbooks 50 years from now, but as the prime minister whose blind certainty caused the greatest national economic disaster in modern history.