Still I Rise: A World-Class Education For Refugees 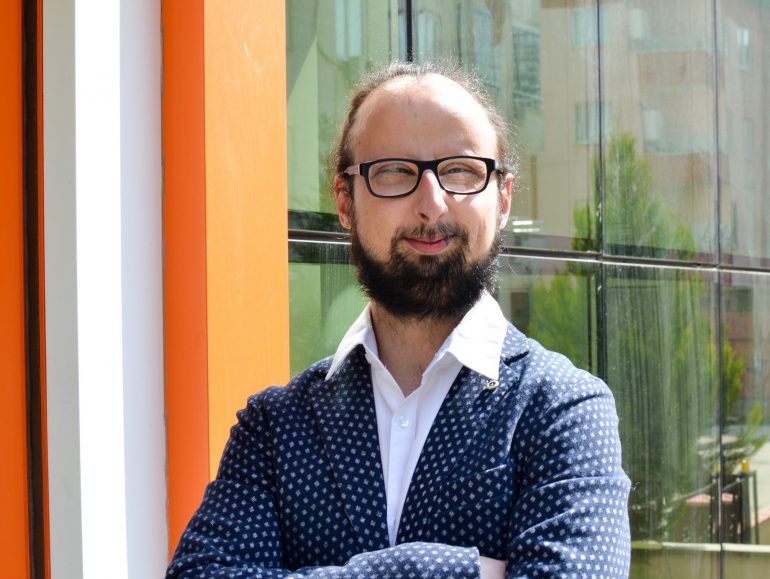 Still I Rise is an NGO set out to create a world-class education for those who most need it. Founded in Italy, it first opened an international English-based school for unaccompanied minors in Samos, Greece, a location that now hosts over 40,000 refugees spread over 5 islands. This NGO currently operates in 5 countries and recently opened two schools, one in Turkey and another in Kenya. We have interviewed Michele Senici, a member of the board of directors and Educational Coordinator.

“Still I Rise’s mission is to offer the best education to those who do not have access to it and for those who are not considered: refugees initially and also all those disadvantaged communities,” explains Senici. There are options at a local level, but e-learning or community centers frequently are not adept to accept these minors.

Still I Rise is an NGO founded in Italy in 2018, which operates in 5 countries: Italy, Greece, Kenya, the United Kingdom, and Turkey. They have opened two schools so far: the first in 2018 in Greece called Mazí, while the second was opened in Turkey this month called Beraber. The next projects include opening international schools in Mexico, Italy, and the UK.

“Our NGO wants to offer an education where young adults in disadvantaged communities can earn their diplomas to have access to multiple career options and all universities,” states Senici. “Furthermore,” he adds, “we wish to provide to the leaders of tomorrow a possibility to give back to those who were in their same situation. Why can’t a young Syrian child become the future app developer that will help those communities in war zones?”

Discrimination is an important issue to consider. Still I Rise is working to make sure that a proper education will offer future opportunities, even to those who are discriminated against for their race, socioeconomic status, and living circumstances. “Becoming the problem-solvers of tomorrow,” underlines Senici.

Each of these schools can hold up to 150 students, who may not change the world today, but provided with the opportunity, they could be of support to many others throughout their lives. “Our motto is changing the world, one child at the time.” Senici also explains that schools are developed to foresee local needs and act as a model that could be replicated. Senici described providing sports classes specifically to allow children to release their stress from their unfortunate circumstances or even providing them with adequate meals in hotspots where they aren’t fed well.

Michele Senici first discovered Still I Rise during his university thesis on education and teaching using theater, when he created a project for the children in Samos and traveled there as a volunteer. He then later returned to Samosas a full-time Educational Coordinator for Still I Rise to train new teachers. “We do not receive any salary, rather a reimbursement for our living expenses and a guaranteed accommodation. It is a life style choice that can be rewarding for our society as well as for any career,” states Senici.

Living in a foreign country has its challenges. Senici, along with the main board of directors of Still I Rise is staying in Turkey where they opened their newest school this month. “As an expat, traveling and clashing with other cultures is interesting, as well as righteously challenging. But this does not make this experience any less interesting or unworthy.”

So far, 4 million Syrian refugees have entered the country, explains Senici. “Regarding this, Turkey works to provide an education to underage refugees. Theoretically, this is working, but in practice, not exactly.” According to Senici, the country, not unique in this case, is missing some strong pedagogy, which leads these children to drop-out. “The majority, about 94%, choose not to enter middle school. By living here you can tell the Turkish population is fatigued by the large number of entering refugees.”

Senici also explains that in Turkey, people generally can’t feel what is happening in Syria, and to help that, Still I Rise gathers information from other NGOs operating on the border.

“The situation in Greece is a folly”

Senici’s solemn tone exactly describes the feeling behind what is going on in Samos. Some of these issues are controversial and it’s important to maintain a sober approach when it comes to political issues within and outside the EU. Still I Rise, as Senici tells the magazine, first began its mission in Samos helping the children stay in the hotspot to receive a proper education.

“Greece should guarantee respectful lives to these refugees. The European Union can provide all the funds that they want; however, if nobody checks where the money is going it makes little sense. These refugees are not being provided quality food, or enough quantity, there is nobody checking in on them, no legal or medical assistance, and refugees live in tents they purchased themselves. It touches you when you have to teach, but in the morning your students come to class tired and hungry.”

To this point, Senici explains why training teachers is important. These children go through traumas and can have panic attacks in class, for instance. Teachers need to be able to understand their circumstances and backgrounds.

The COVID-19 now spreading throughout Europe, and the world, is not helping. “There, hotspots are politically-controlled. Plans created to improve their state lasts three days, while other decisions are taken overnight, as the Greek government’s decision to suspend any asylum application.”

“We are not saying that each country should accept just anyone who enters any country, rather, provide them opportunity,” declares Senici. “Many of those refugees are well-educated people, like doctors, who have to clean plates at a restaurant to survive, for instance. We say that they should be welcomed with dignity.”

Opening a school in Italy

Senici explained us that there is a reason why Italy is currently last in the projects. “Our team wishes to reach Italy with a blueprint of an international school that we are certain will succeed.” The challenges are many in a country where immigrants and refugees have been quite a delicate topic. “We are still unsure where we will open the school, but according to our latest data, it is promising, and we are hoping for good feedback from the locals. In fact, the school wishes to help the local communities as well as refugees.”

When asked if he had any other comments, Senici was eager to explain why Still I Rise is so successful, “We operate on private donations, but we consider ourselves a start-up. We are young, full of energy, and looking for opportunities just like a start-up.”

After all, in my belief people forget that charities and the such, cannot survive without donations. Money is essential to do good, and donations provided to Still I Rise have given them the opportunity to provide education to children who will grow to hopefully become people full of hope.

Nicolò Govoni, President of Still I Rise got nominated for a Nobel Peace Prize, “It is refreshing and energizing,” states Senici, “to know that your work not only provides concrete results, and yet is recognized.”