The Unlikely Connection Between Italy and North Korea

The Bel Paese and the Hermit Kingdom have intentionally crossed paths on more than one occasion between kidnapping, odd friendships and soccer partnerships. 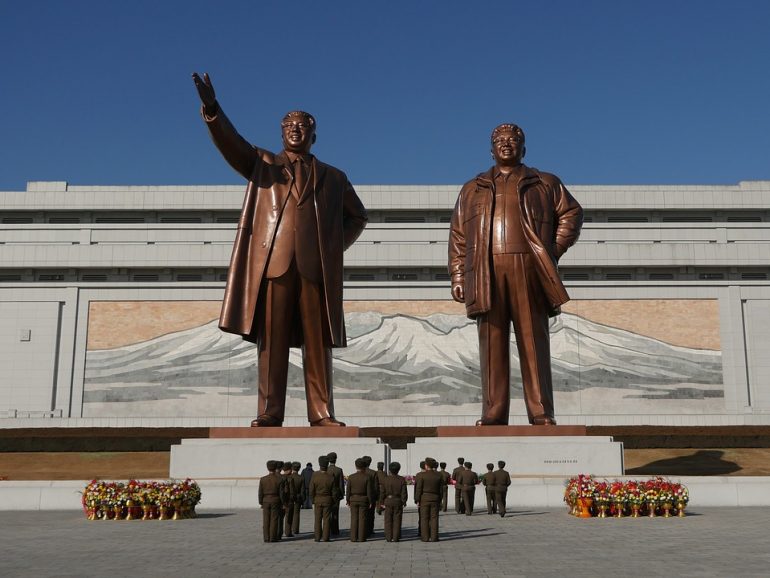 Beyond the fact that they are both geographically located on peninsulas, it would be difficult to find many commonalities between Italy and North Korea. Yet, despite their capital cities being more than 7,000 miles apart, the two countries have intentionally crossed paths on more than one occasion. Italy allowed North Korea to market ginseng beauty products at Expo 2015 in Milan, Italian scientists and researchers have collaborated with their North Korean counterparts on the monitoring of volcanoes, and North Korea sent warm congratulations to Giorgio Napolitano on his reelection as President of Italy in 2013.

While these relations have generally been warmer than those between North Korea and the United States, for example, there also have been uncomfortable diplomatic quandaries like the mysterious disappearance of a North Korean high school student in Rome in late 2018. Though the Farnesina, Italy’s Ministry of Foreign Affairs, officially declared that the teenage girl willingly returned home to Pyongyang, others had their doubts. According to Antonio Marchesi, the president of Amnesty International Italy, “What did Italy authorities do to guarantee the security of a person who had been in obvious danger, the underage daughter of a diplomat who had publicly declared his intention to ask for political asylum?” Some in the government pressed Matteo Salvini, the then Interior Minister, to investigate the case further, but he dismissed it as not falling under his purview. In his words, “If there is a girl who wanted to go back to her grandparents in her own country and took a flight without having any issues with security and check in, what does the Interior Minister have to do with it?”  Unsurprisingly, the government’s follow up investigation produced no new information in the months that followed.

Within the Italian government, perhaps the most active politician pursuing diplomatic ties is Antonio Razzi, a former member of the Italian Senate who represented Abruzzo until two years ago. In 2017 he traveled to Pyongyang with a delegation to meet with North Korean leaders and reaffirm Italy’s commitment to achieving peace across the Korean Peninsula. Some would call Razzi’s position on the Hermit Kingdom questionable, however. He visited North Korea for the first time in 2007, when Kim Jong-il was still the Supreme Leader. According to Razzi, “It was January and the temperature was 30 below zero, but I was enchanted by the country because I discovered that is not the place everyone says it is.”

He went on to claim that the people you encounter on the streets are normal, there is no crime, and that Italians are foolish for thinking of the place as a dictatorship. The senator even discussed the idea of creating a soccer partnership for North Korean youth, allowing them to travel to Italy to learn under the best coaches, an overture that Kim Jong-un himself was receptive to. When tensions between Kim Jong-un and U.S. president Donald Trump escalated between 2017 and 2018, Razzi suggested that peace talks would only be possible with his help. He went as far as writing a letter to Trump offering his services, stating that “We Italians are the world champions when it comes to dialogue. I plan to bring singer Cristiano Malgioglio to sing in Pyongyang, to demonstrate our openness and friendship.”

Others in Italy have a different outlook on the state of affairs between North Korea and the rest of the world. Current prime minister Giuseppe Conte has followed the traditional path of his peers in Europe, supporting South Korea and advocating for disarmament of the North. As he said in April 2019, “With Shinzo Abe (the prime minister of Japan), we agreed that it is vital that we pay close attention to North Korea so that the country can reach complete denuclearization.” Conte has otherwise spoken little about North Korea during his almost two years as prime minister, and with the current coronavirus crisis that is unlikely to change in the near future.

Interestingly, though 2020 marks two decades since Italy became the first G7 country to establish diplomatic ties with North Korea, there was no official recognition of this anniversary on the part of the Conte government. It was left to an unlikely pair of representatives — Osvaldo Napoli of Forza Italia and Ivan Scalfarotto of Italia Viva — to make the trip to Pyongyang and engage in a discussion about the relationship between the two countries.

It is difficult to say what kind of possibilities the future holds for the partnership between the Bel Paese and the Hermit Kingdom. Italy has been instrumental in funneling agricultural investment in North Korea through Agriconsulting Europe, but Kim Jong-un’s regime has demonstrated its insincerity on more than one occasion. Perhaps one day Antonio Razzi and other Italians will play a role in brokering a real peace deal that will finally remove the threat of nuclear war on the Korean Peninsula, but that day seems very distant — or surreal — at the moment.