The Italian lapsus when it comes to tea remains a mystery for me. 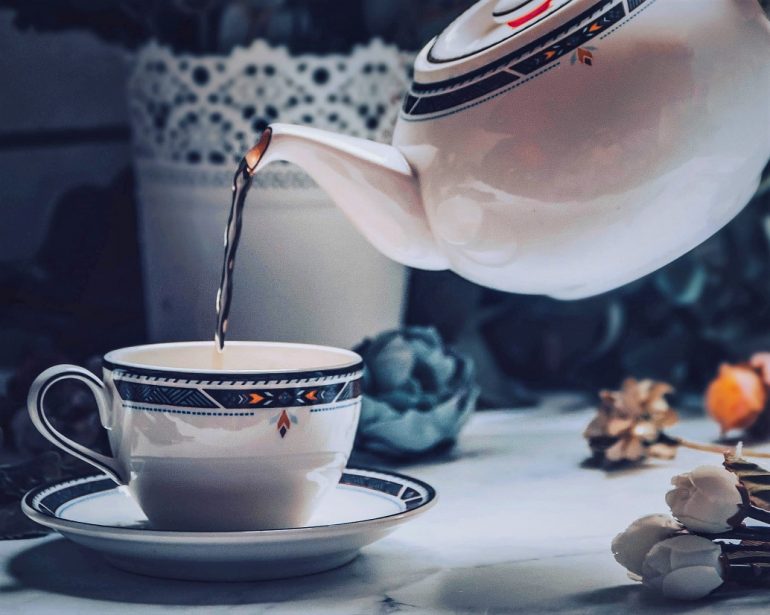 I was once in the airport in Pisa taking a Ryan Air flight somewhere, Pantelleria maybe. And while I was waiting, in a chair next to the bar, a young English couple came in, struggling with their luggage. When they got to the front of the line, they asked, in English mind you, for two cups of tea. They paid, and turned to find a table, before the man turned back to the cashier and asked: But is it English tea?

Well, no, I thought to myself. You are in Italy. Why would it be English tea? But then I got to thinking: there really wasn’t a kind of Italian tea, was there? Star Tea. Is that Italian tea? If so, what makes it Italian? Perhaps it is blended to suit Italian tastes. Then I thought that, well, the Englishman has a point, no harm in asking I suppose. Why? Because English tea is so, so, so much better than Italian tea.

The Italian lapsus when it comes to tea remains a mystery for me. Italians have adopted the beer tradition, including the phenomenon of microbrews, extremely well. How could you eat a pizza without one? Also take, I don’t know, strudel or cous cous or… whatever French thing they might enjoy on the margins of Piemonte or in Val d’Aosta. Delicious.

And yet tea remains a mystery apparently. Part of the problem is structural, I suppose. Any good English person will tell you that to make good tea you need a good kettle. All too often, it seems, a barista in an Italian bar will use the espresso machine to extract hot water for tea, and it just is not hot enough. Water for tea has to come to — to use that wonderful English phrase — a full rolling boil. The second problem, as someone like the late Christopher Hitchens once pointed out, you have to make tea in a pot; you can’t do it in the cup, and you have to use loose leaf tea, not a filter bag. The hot roiling water needs to be able to curl around and toss the tea leaves, so they can’t be held captive in a bag. I am generally not a big Hitchens fan, but he was dead on correct about tea.

I was once in a bar in a sizable Italian town, one in which the local barista had won a prize for his skills. It was an excellent place, more than a bar, really, because you could also get great lunches, a bowl of soup and a glass of wine, or a fresh salad; the place had a full kitchen. But he made his name as a barista and the coffee was second to none. They also had an impressive list of teas, including herbal teas, known as tisane in Italian. I was curious about these so I ordered one. Unclear about them myself, I asked the waitress if one made tea using the same temperature water that one uses when making coffee. She gave some noncommittal answer and set down my three-quarter filled cup of tepid water and a big box of elaborately arranged tea bags, each sealed in their own airtight wrappers, but still, teabags. Needless to say, I wish I had ordered a coffee.

Now, one curious thing, is that I have had excellent tea in countries such as Poland. But this was in a tea house in… Krakow? And they were well known for their excellent tea and tea appreciation and, most importantly, tea preparation. What arrived at my table was not only cup,  saucer, pot, tea, and separate container of boiling water, but also careful instructions on how to proceed, including exact brewing time, which was particular to the blend of tea that I had selected.

This seems like the kind of attention that Italians give to everything related to eating and drinking, so why not tea? I can’t say that I have ever been to a tea room in Italy. Salzburg, yes. San Francisco, yes. The aforementioned Krakow, yes. But never in Italy. Is it because coffee culture is so dominant? Is it because there is no space in the eating schedule? I don’t think so. There does seem to be a recognized teatime in at least some parts of Italy, but of course it is nothing like teatime in London, say, around four o’clock, with some kind of cookie or pastry, or even a small triangular sandwich.

Maybe the problem is not with the tea itself, but with the ancillary elements, namely cream. I have noticed that fresh cream, whipping cream, or other similar products, heavy cream, light cream or half-and-half, do not typically have a place in Italian refrigerators. Milk, yes, and that would be fine, and in fact it is what any good English person puts in their tea, along with sugar, but somehow that seems to grate against Italian culinary sensibilities, something about the cold milk going into the hot tea, maybe.

Making this all even more confusing, at least in my admittedly limited mind, is the popularity and excellence of la camomilla, chamomile tea, in the Italian repertory, especially prepared at home, with honey. Just as I have never met an Italian who had a particular interest in tea — black tea — I have never met an English person who cared too much about chamomile. It’s not really tea, is it, I imagine them saying.

And fair enough. We can’t all be good at everything. So that English guy in the Pisa Airport was right to ask if the tea was English, but I think he got Star, and it probably did him some good, because what is the point of traveling if it does not make you miss home a little.